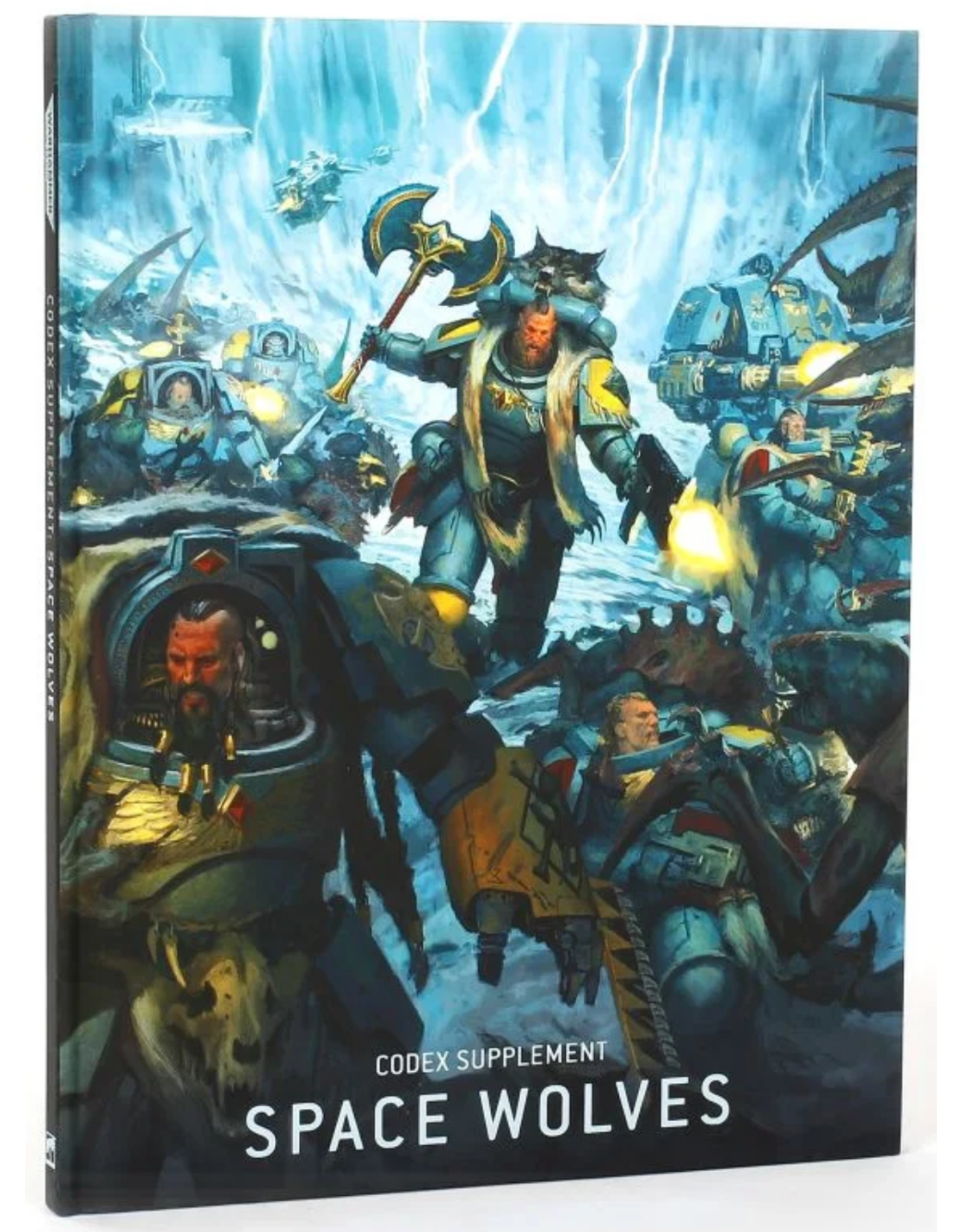 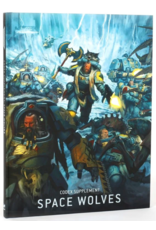 The Space Wolves are a savage Space Marine Chapter of merciless hunters. They hail from the icy death world of Fenris and strive to emulate the strength, cunning and howling ferocity of their Primarch – Leman Russ, the Wolf King. In their pursuit of the enemies of Mankind across the Sea of Stars, the Space Wolves employ the advanced technology and deadly weapons of the Adeptus Astartes under a skin of seemingly feral barbarity. The armoured flanks of their battle tanks are inscribed with runic totems. In the glare of plasma coils glint the fangs of primitive fetishes and over power armour the colour of threatening storms are hung the pelts of alpha predators. Alongside them lope the giant wolves of their home world, and the Space Wolves take up their loud howls when the warriors' keen senses detect their quarry at last run to ground. With audacious boasts, the taking of impetuous risks and the joyful roars of warriors born, the Space Wolves are a Chapter of heroes who wage war without fear or doubt, each seeking to forge a saga worthy of immortalisation.

Inside this 88-page hardback codex, you'll find everything you need to unleash the Space Wolves in battle, plus thrilling lore and art to inspire your own collection, including:

- The history of the Space Wolves, with a look at how they relentlessly take the fight to the enemies of the Allfather across the Sea of Stars
- A Space Wolves bestiary with background details for every unit and Character featured
- A showcase of stunningly painted Citadel miniatures
- Rules for Space Marines units that are uniquely available to the Space Wolves
- Rules for Sagas – a unique form of Warlord Traits – and how the mighty heroes of the Chapter can inspire their battle-brothers by performing the Deeds associated with them
- Stratagems, the bespoke Tempestas psychic discipline, Relics of the Fang, and optional secondary objectives that define the ways that the Space Wolves wage war
- Bespoke Crusade rules providing new Agendas, Requisitions, Battle Traits, Honorifics, and Crusade Relics that are unique to the Space Wolves
- And more!

The collector’s edition is a premium quality codex designed for ultimate fans of the Space Wolves. It comes with printed page edges, a soft-touch cover with foil blocking, and a black 1/4" ribbon marker.

You will need a copy of Codex: Space Marines and the Warhammer 40,000 Core Book to use the rules included in this codex.