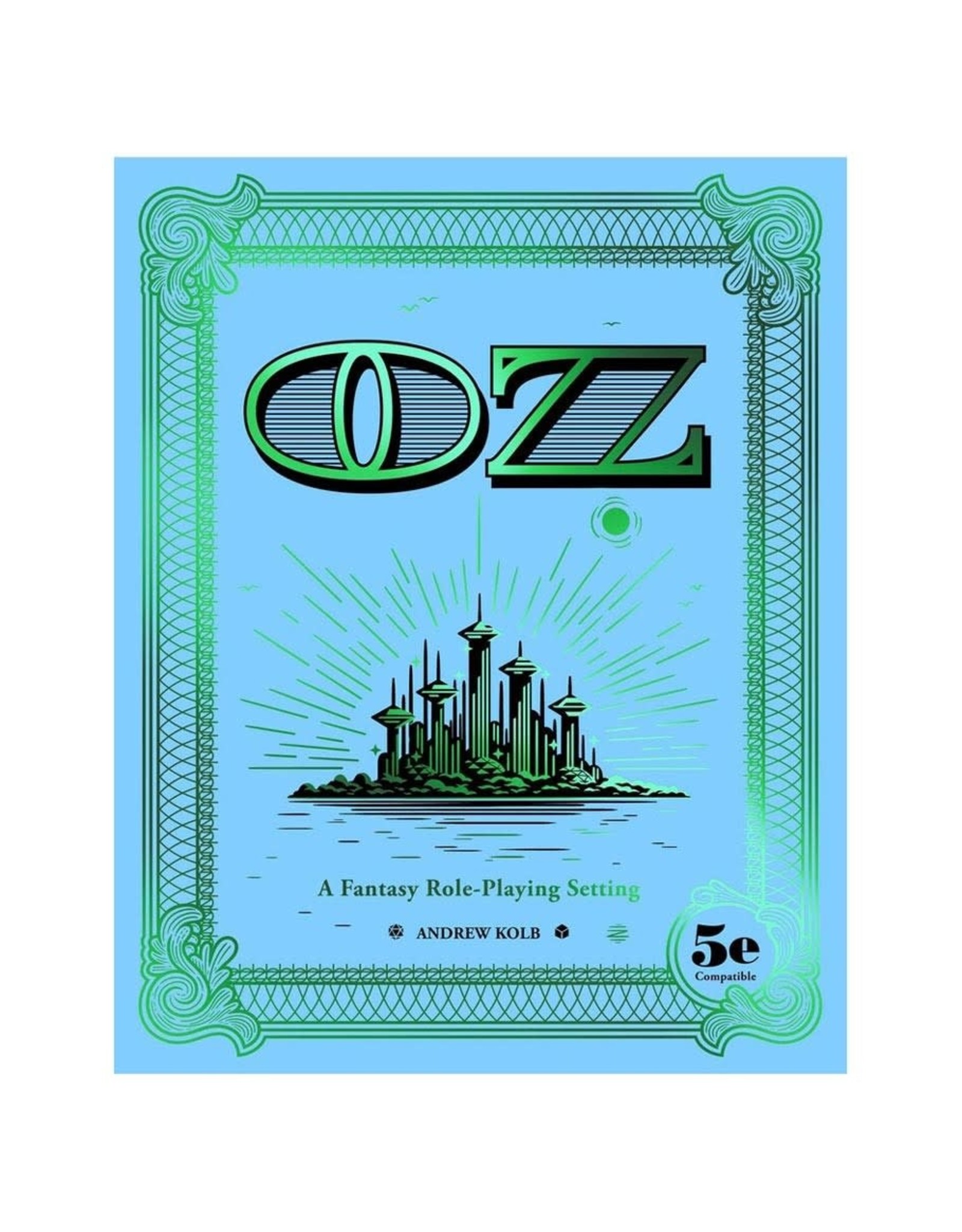 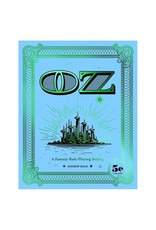 Adventure is just down the Yellow Brick Road… The award-winning author and illustrator of Neverland returns with another beautiful RPG setting book, in OZ: A Fantasy Role-Playing Game.

While many have traveled with Dorothy Gale to the world of OZ, there is so much more to explore! But know this: there is more to the land and its inhabitants than the rumors might suggest. Appearances can be deceiving and like any good metal smith will tell you, the only way to tell a gold bar from a yellow brick is to hit it with a hammer.

So begins Andrew Kolb’s OZ: A Fantasy Role-Playing Game. Unlike its predecessor, Neverland, OZ uses an urban setting pointcrawl instead of a hexcrawl, full of secrets to discover via underground trains and a monorail that loops around all four districts of OZ. With different neighborhoods to explore, factions to join, and questions to ask (what happened to The Slippers, anyway?) players can escape to the Emerald City for hours on end.

For use with the fifth edition of the world’s oldest role-playing game.