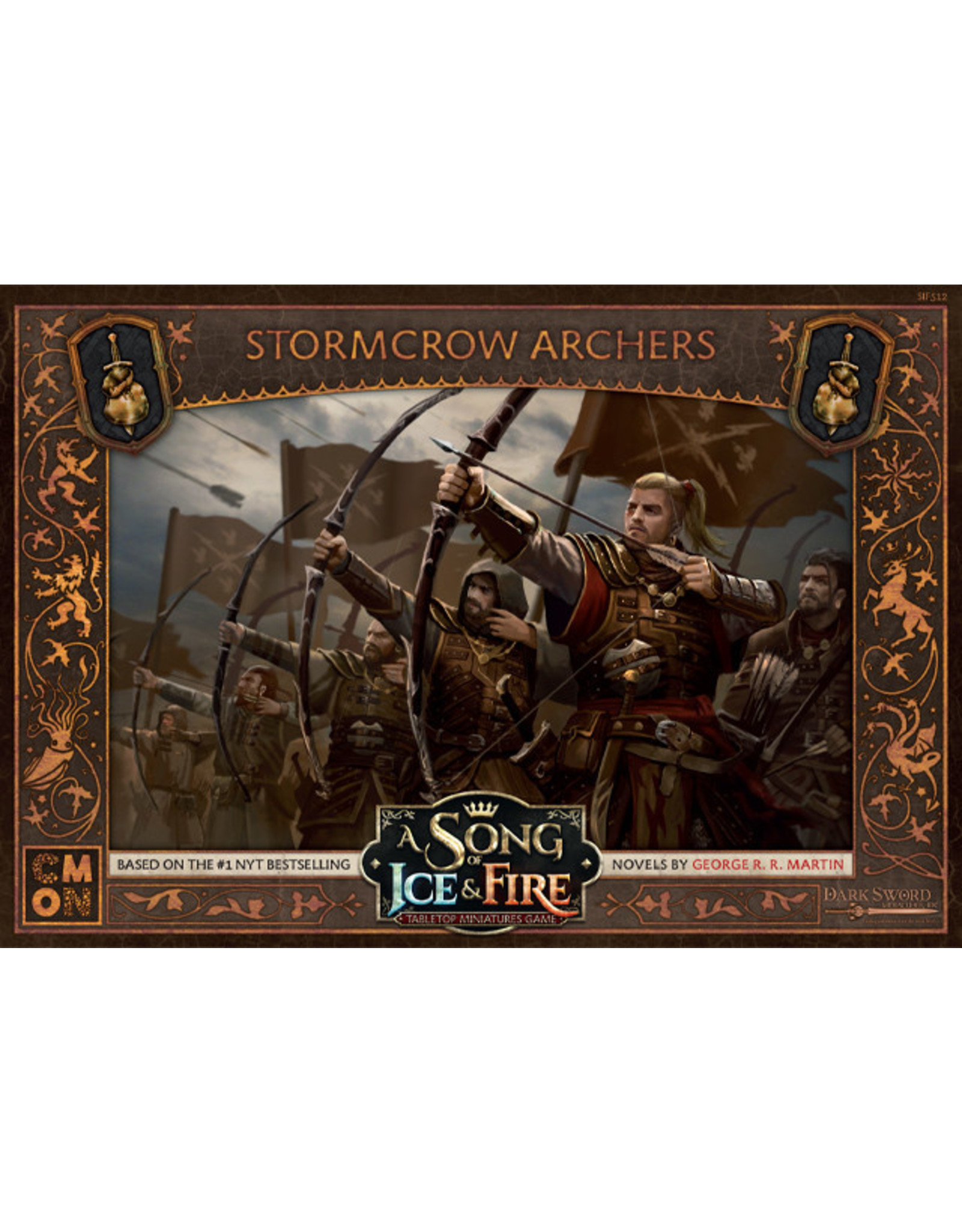 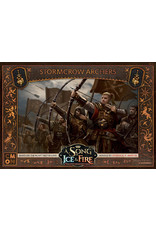 The unrest in Westeros has created a large market for men willing to sell their martial services to any House willing to pay. These mercenaries can be rather well trained and equipped and will often find use in the service of multiple employers over the course of a war. The Stormcrows are just such a company, lending their arms to anyone paying their price.

The Stormcrow Archers unit box gives commanders a dedicated ranged attack unit for their forces. Their Longbow attacks can be used to thin out enemy ranks from a distance. Being mercenaries has also made them thrifty, receiving a one point discount on one Unit Attachment that commanders assign to them. They can also be motivated by an extra payment, letting them make a free attack when targeted by the Wealth zone of the Tactics Board.