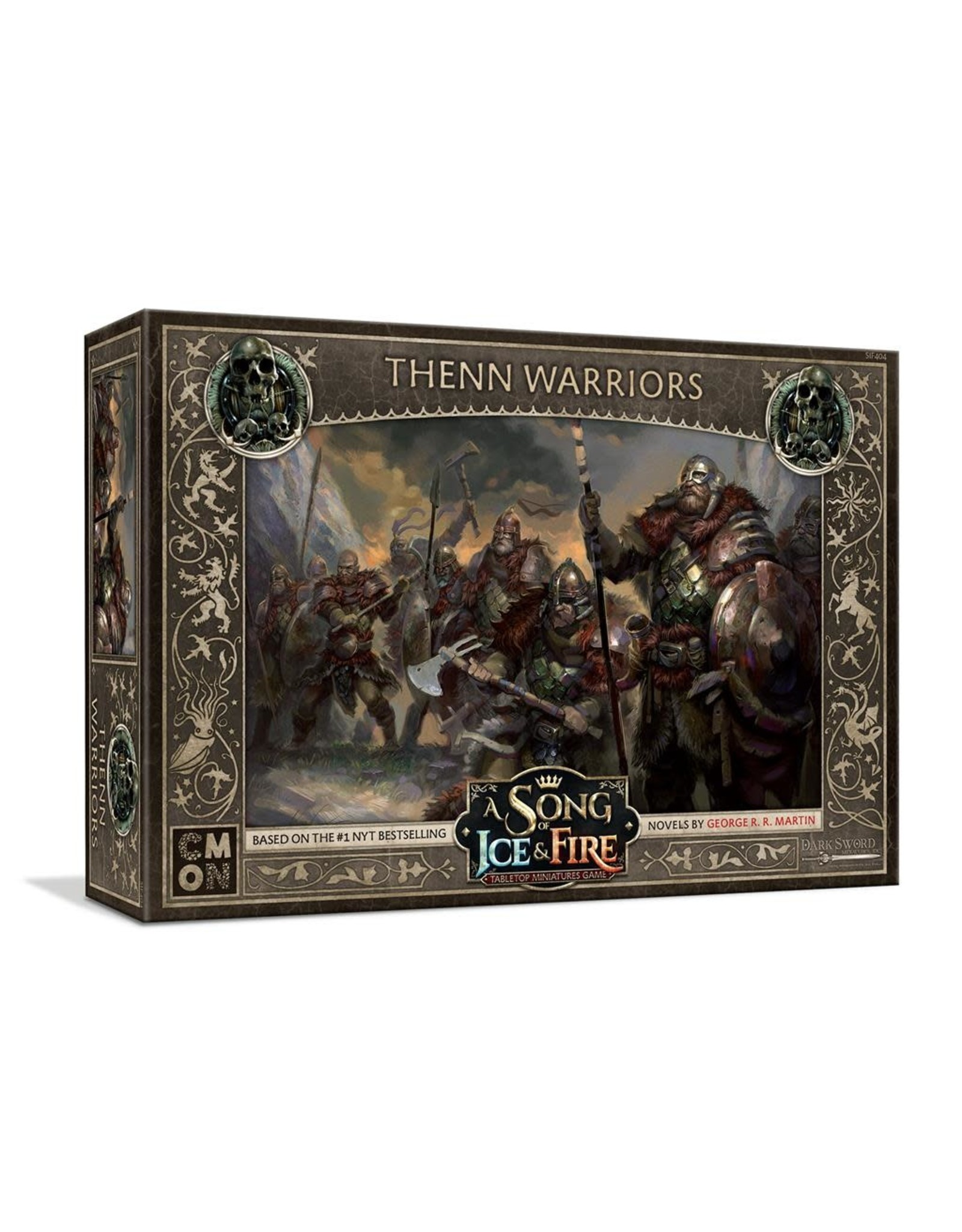 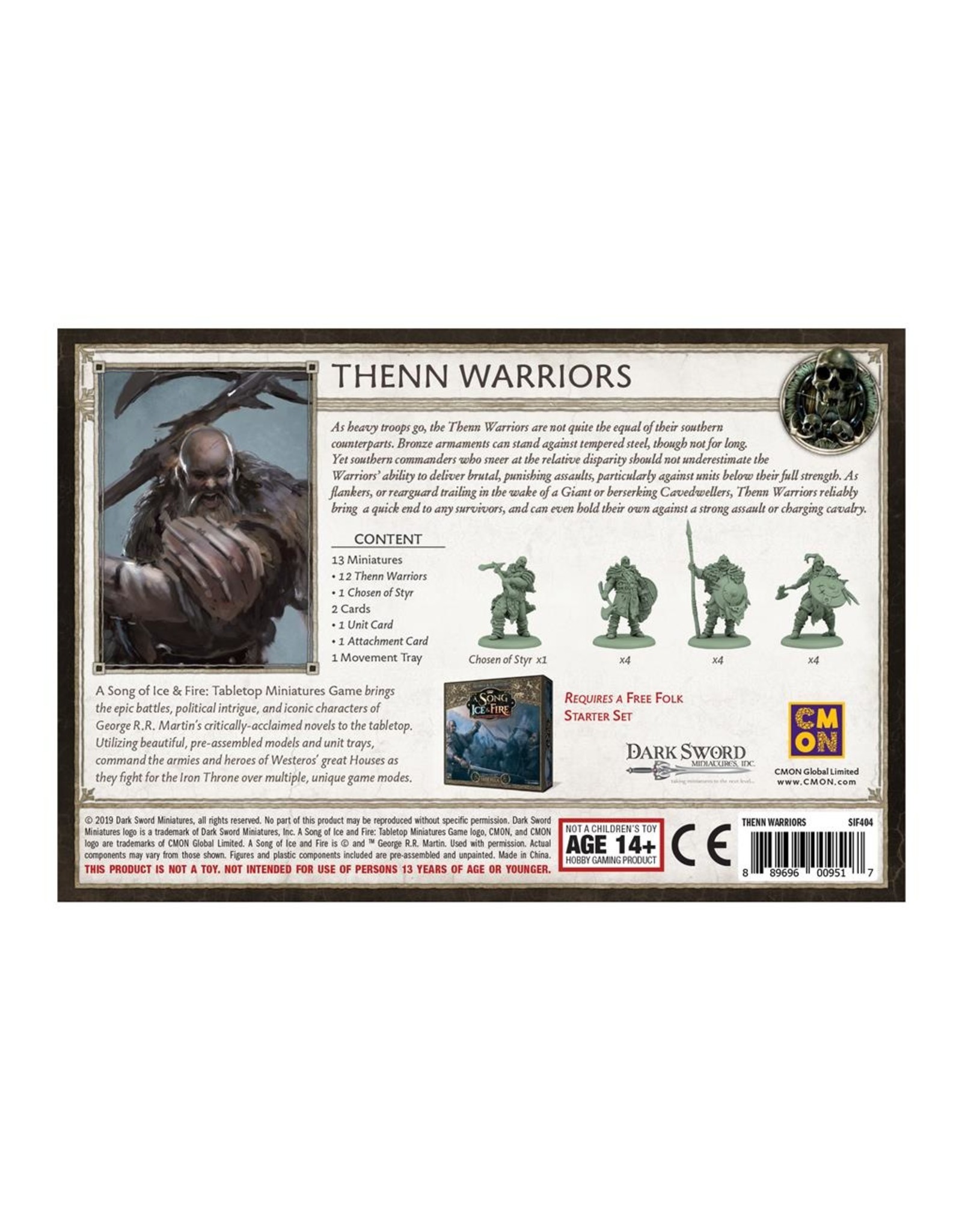 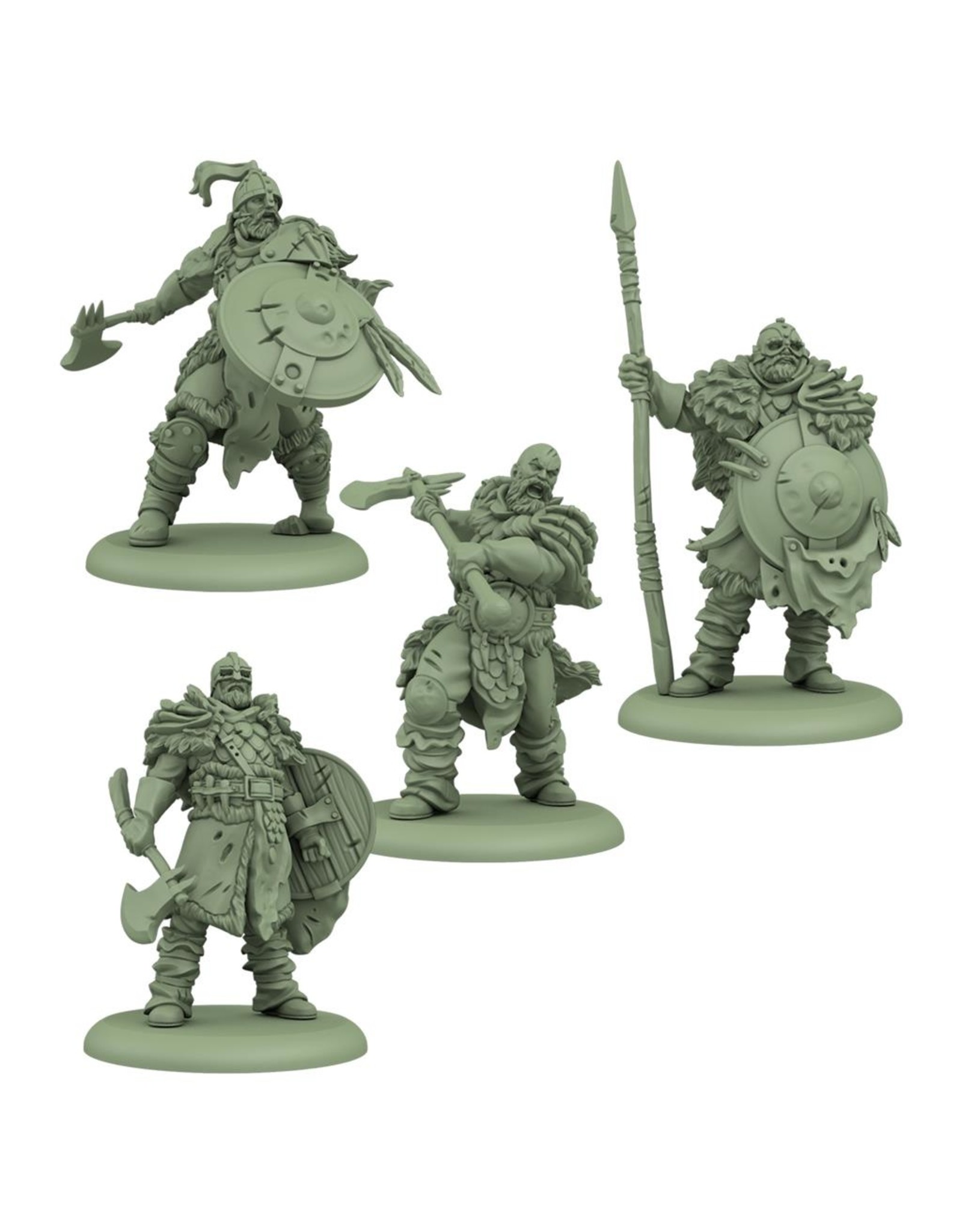 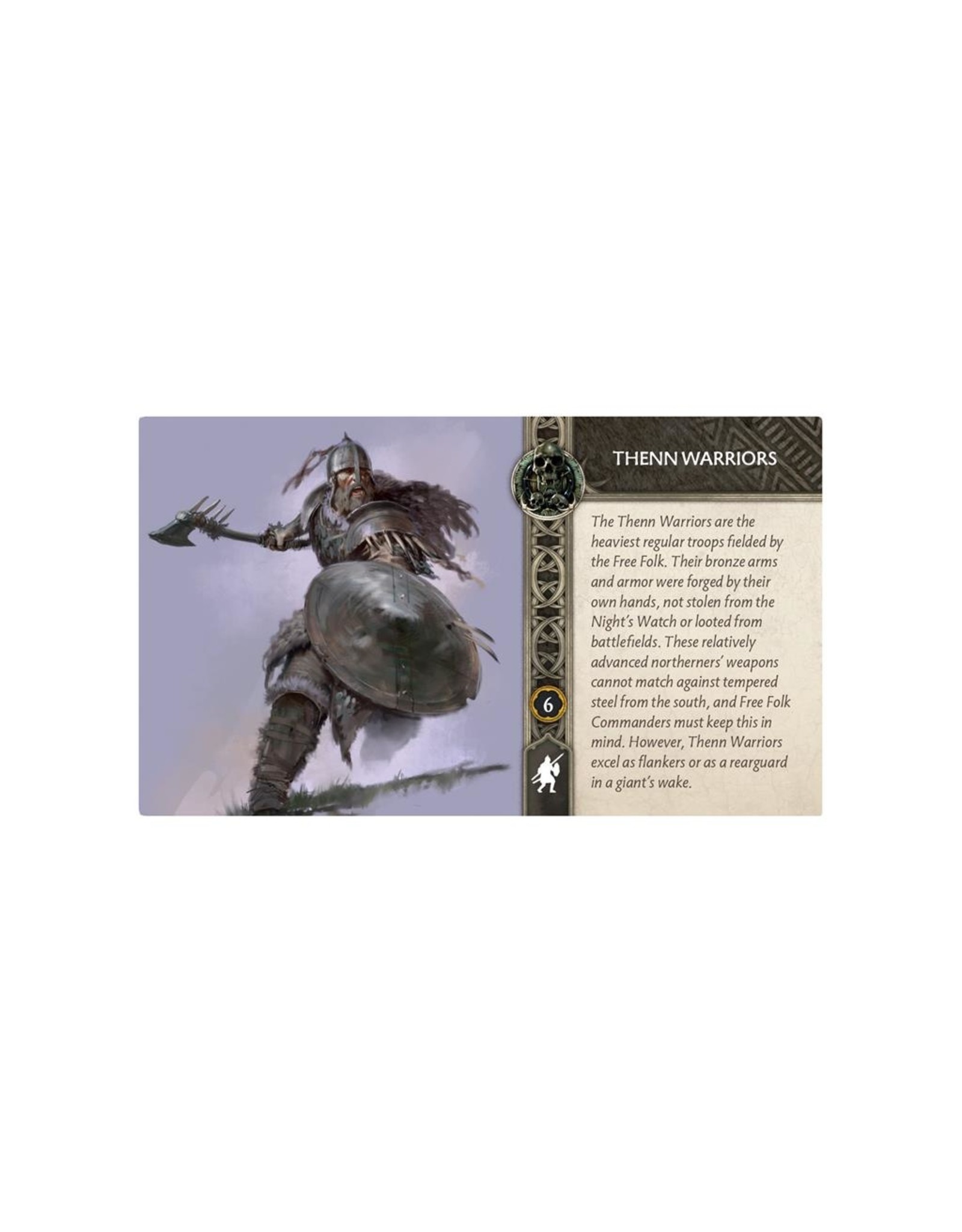 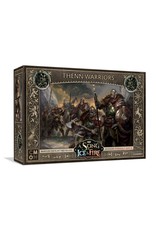 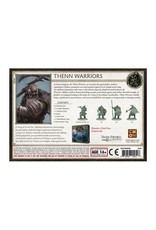 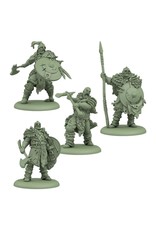 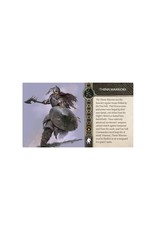 Most of the Free Folk's forces arm and armor themselves with whatever they can craft along the way to battle or steal off of their fallen enemies. The Thenn Warriors are different. They have forged their own bronze weapons and armor, making them the most heavily-armed troops in the Free Folk army.The Thenn Warriors unit box gives Free Folk commanders their arguably hardiest troops on the battlefield. Their increased armor has given them a sense of invulnerability, calling out Taunts to their enemies, causing charges to be targeted at them instead of other units. This product is an expansion: A Song of Ice and Fire: Tabletop Miniatures Game core set required to play.