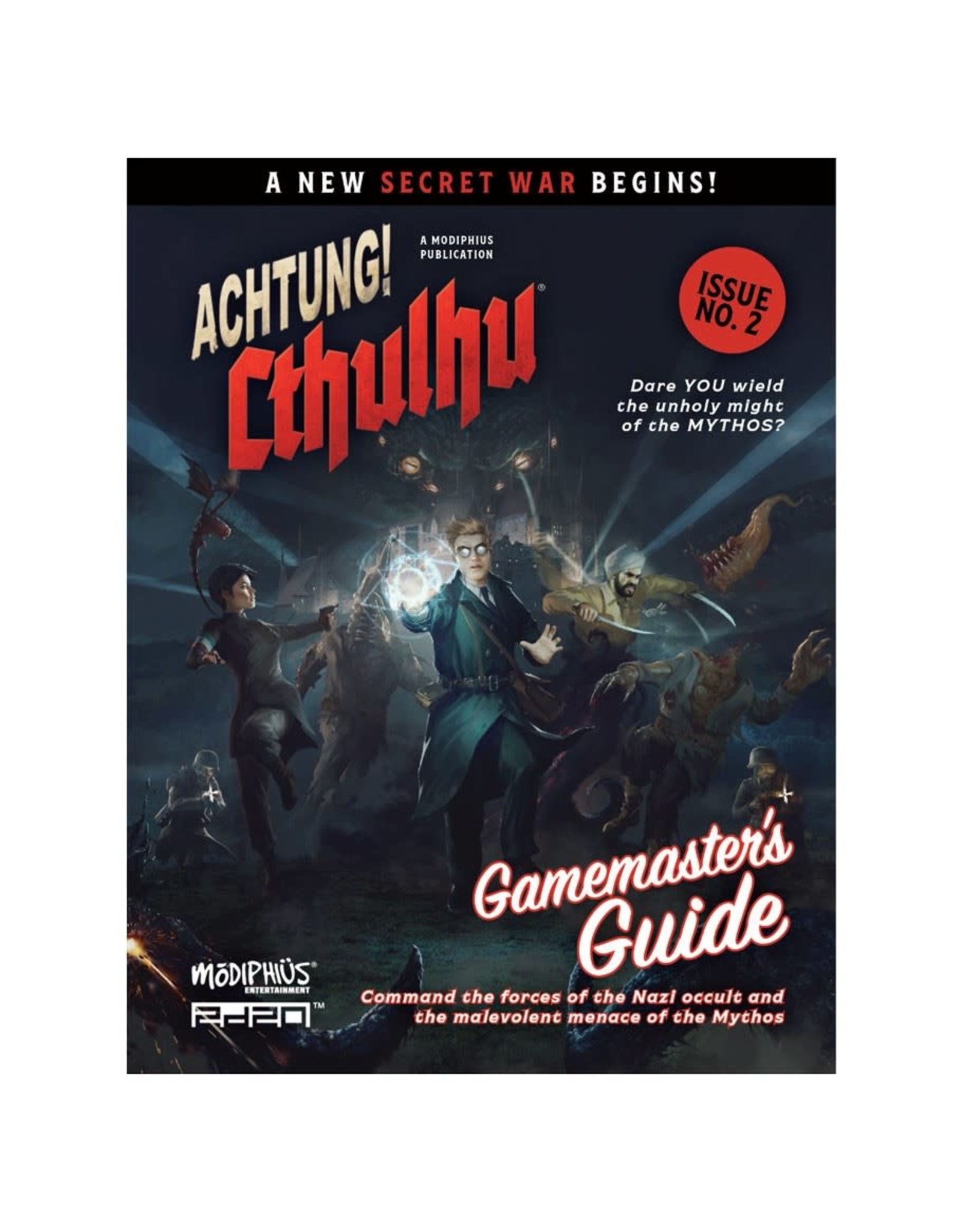 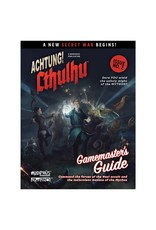 Welcome to the Secret War in this fast-paced pulp-influenced rollercoaster of an RPG which nimbly mixes the sanity-challenging terror of Lovecraftian cosmic horror, with the chaos and heroism of World War II.

As a gamemaster you will bring to life this pulp-influenced world of brave Allied heroes and dauntless two-fisted adventure, guiding the heroic actions of players while also directing the twisted might of the Nazi occult: the Cult of the Black Sun, who wield foul magic and summon captive horrors and Nachtwölfe, their rivals who place their trust in Atlantean technology, weird science, and strange wonder weapons. You will shape a world where dread secrets and powerful artefacts lie forgotten in ancient ruins, where dusty tomes are replete with eldritch knowledge, and you’ll arm players with experimental technology, deadly weapons and powerful magic, to do battle with this uncanny threat. You’ll bring to life exotic races like the Deep Ones, undersea worshippers of the dreaming god Cthulhu, or the strange Mi-Go, fungoid-insectoid beings who have come to Earth for an unknown purpose.

You’ll also control the sanity-sapping monsters, entities and gods of the Mythos themselves, who seek to take advantage of the chaos of the second world war to extend their dominion over the minds of men. Will your players prevail against all odds, or will they, like so many others before, fall to the malign influence of the Mythos? That is your story to shape and tell.