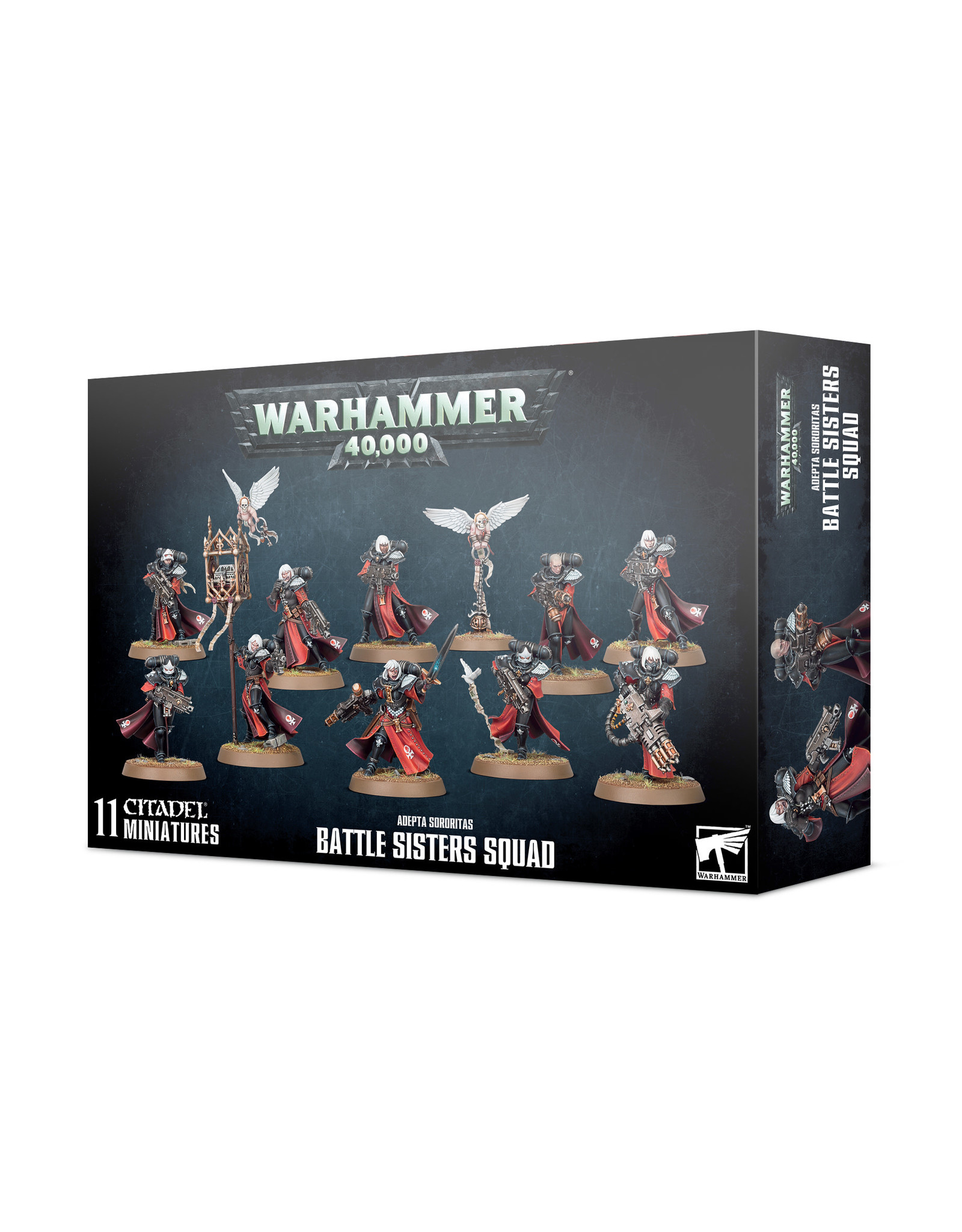 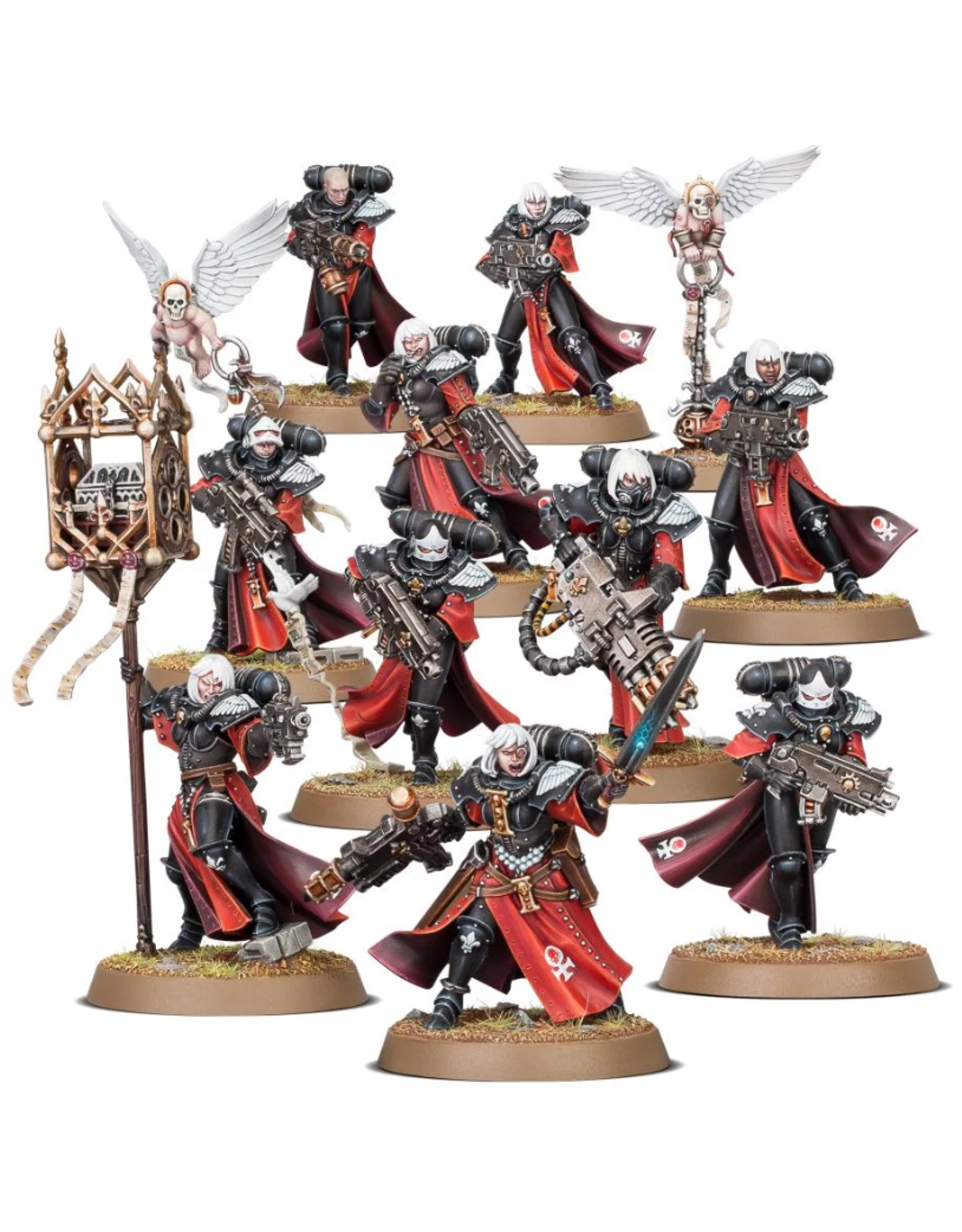 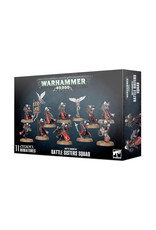 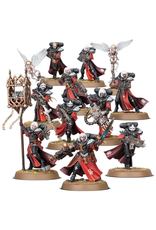 The Battle Sisters make up the vast majority of each of the Orders Militant, gunning down heretic, xenos and traitor alike with their holy trinity of weaponry – bolter, melta and flamer. They are the foot soldiers of the Emperor, his sword of defiance and his shield indomitable. Beneath their thundering bolters countless aliens, mutants, traitors and heretics have met their doom. Wherever they advance across the battlefield the light of the Emperor spreads like a holy dawn, manifesting in miracles that see the bolts and blasts of the enemy turned impossibly aside or the foe consumed by the fires of righteous retribution. Onwards the Battle Sisters march, their exultant prayers ringing out all the more stridently at these breathtaking proofs of the Emperor’s manifest divinity, and with every squeeze of their triggers they despatch more of the unworthy abominations that dare stand against the Master of Mankind.

This kit builds 10 Battle Sisters and 1 Incensor Cherub. The Battle Sisters are equipped with boltguns, though up to two of them can be assembled with a special weapon (storm bolter, meltagun or flamer). Alternatively, one Battle Sister may carry a special weapon while another bears a heavy weapon (heavy bolter or heavy flamer). One of your Battle Sisters can carry a sacred Simulacrum Imperialis, with two variant options mounted atop the pole. The components also enable you to build a Sister Superior armed with a chainsword or power sword and a choice of ranged weapons, including a condemnor boltgun or combi-weapon (combi-flamer, -melta or -plasma).