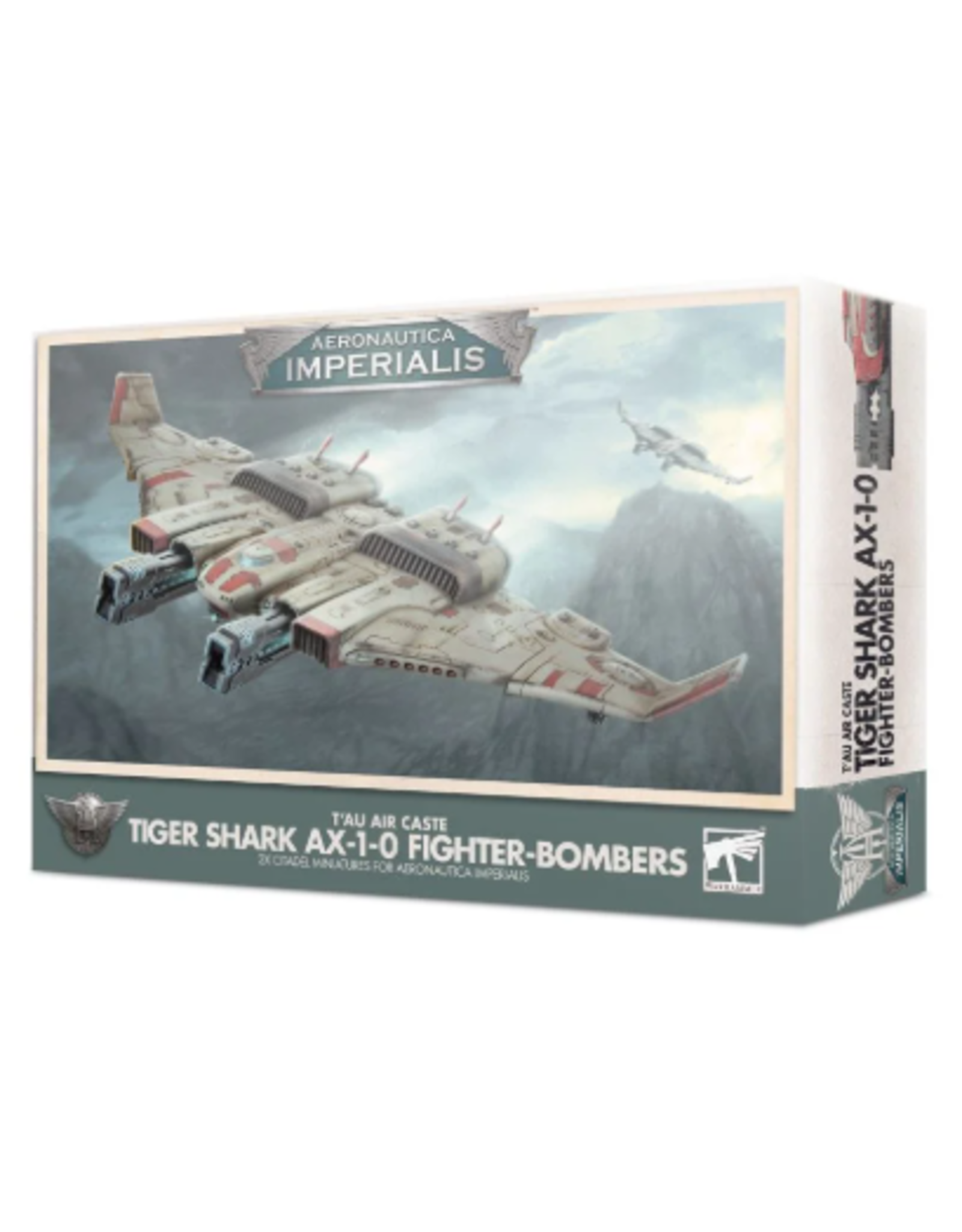 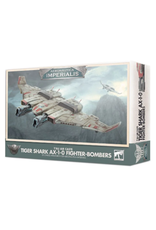 This box lets you build two deadly Tiger Shark AX-1-0 bombers. The primary armament of the AX-1-0 is a pair of heavy rail cannons, which can be traded out for heavy plasma accelerators. The AX-1-0 eschews transport capacity to mount these heavy weapons, prioritizing combat effectiveness over versatility. Both variants are armed with missile pods built into their wings, and they include drone ports to add close- or mid-range support with cyclic ion blasters and long-barreled burst cannons.