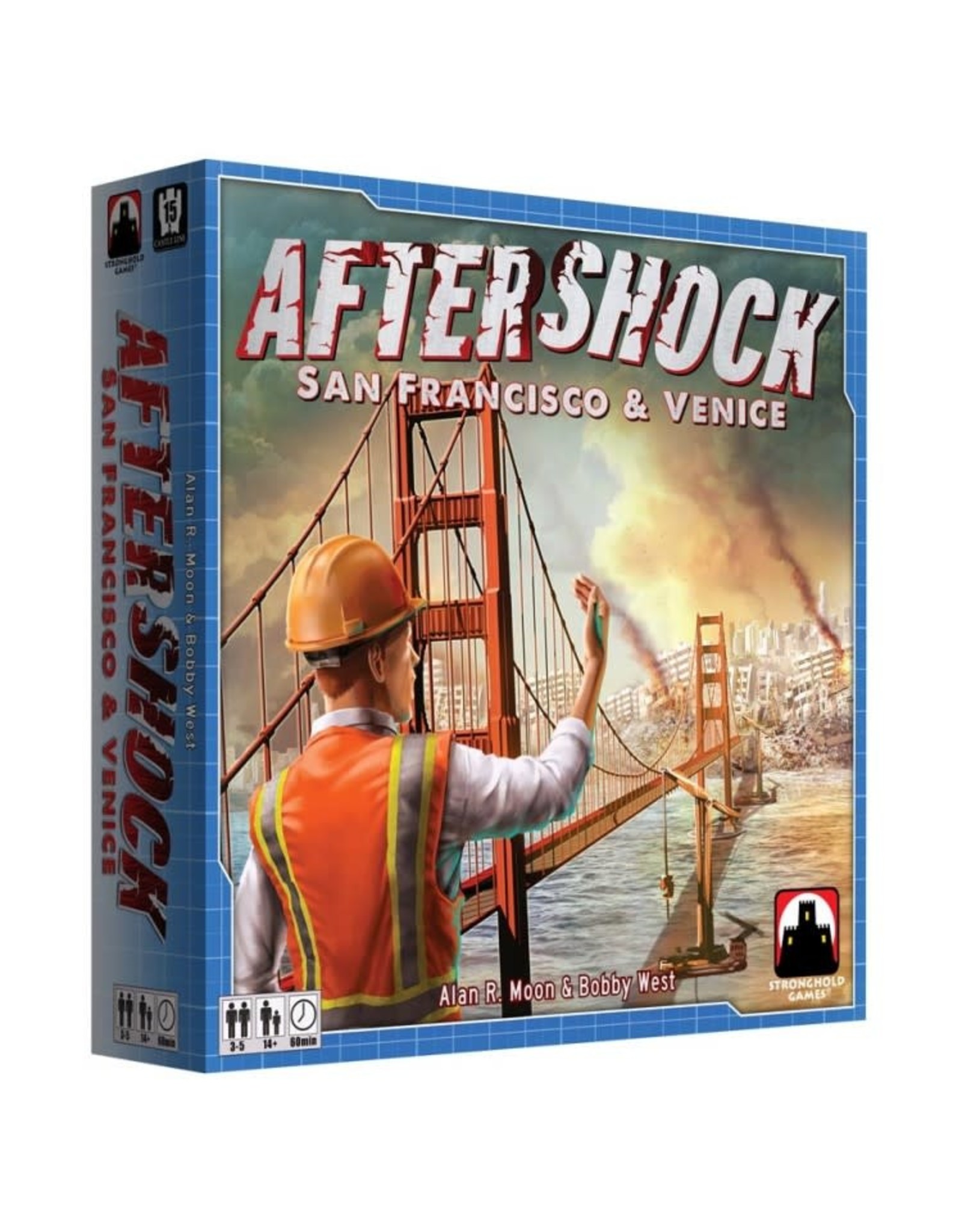 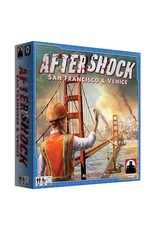 The world has been hit with mega earthquakes. The worst destruction devastated San Francisco and Venice, Italy. It’s time to rebuild and restore them to their former glory.

Aftershock is an area control game. Players will spend money to acquire cards, which are used to increase population, build bridges, and determine where Aftershocks occur. You will negotiate with other players in order to score areas. Players with the higher population in these areas will score points. The player with the most points at the end of the game wins!