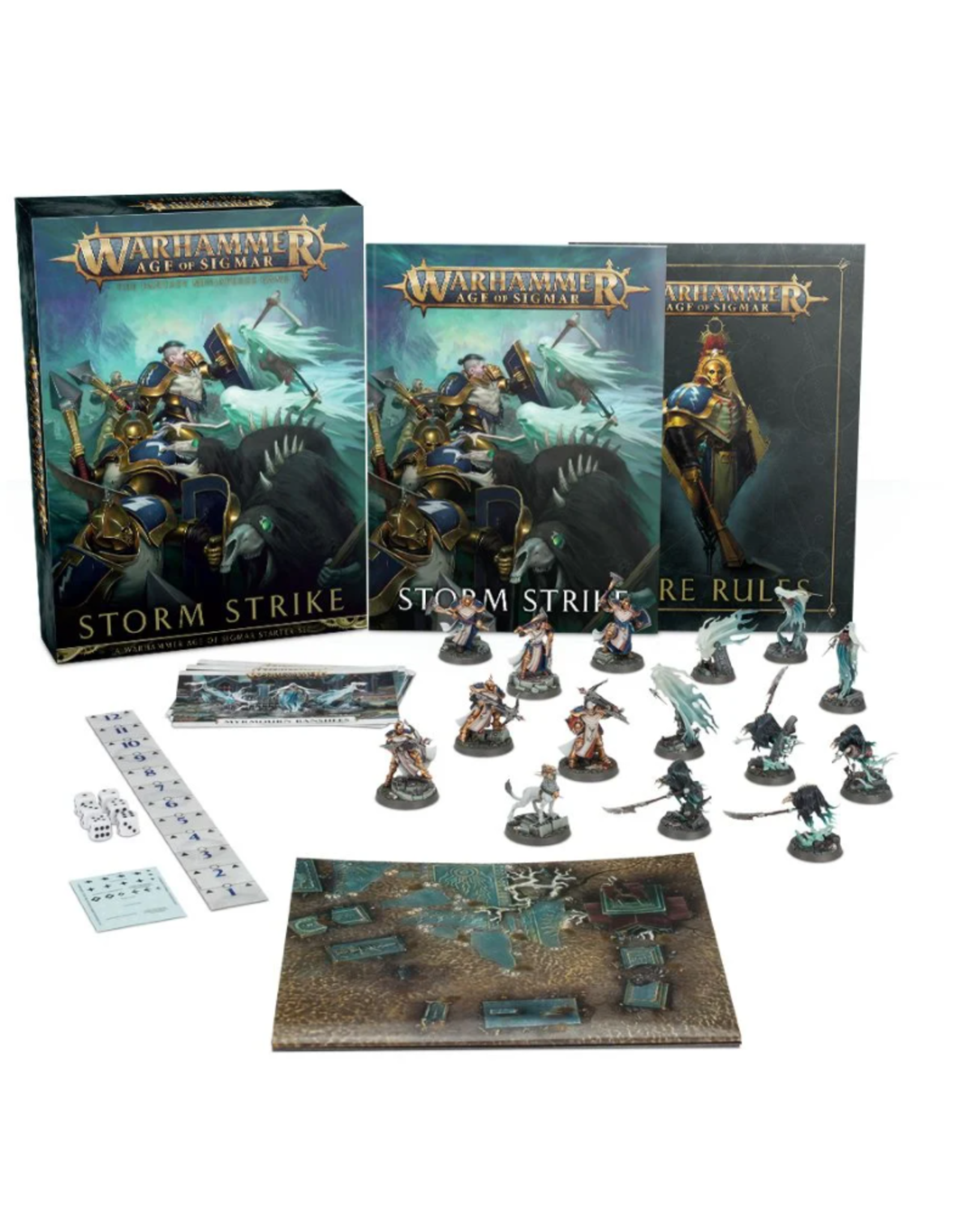 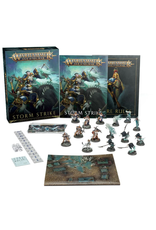 Ancient skeletons and mouldering corpses crawl from their barrows, called forth by the dark sorcery of Nagash, Supreme Lord of the Undead. Ancient beyond reckoning, cruel and infinitely calculating, Nagash seeks to remake the Mortal Realms in his own image, transforming them into an ordered empire of mindless thralls, leashed to his will. In opposition, thunder rolls as the Stormcast Eternals, heavenly champions of order, rage forth to meet this threat head-on in epic clashes to decide the fate of the world, This is a new epoch, a time of mighty battles and unending war, a time of heroes and monsters. This is the Age of Sigmar!