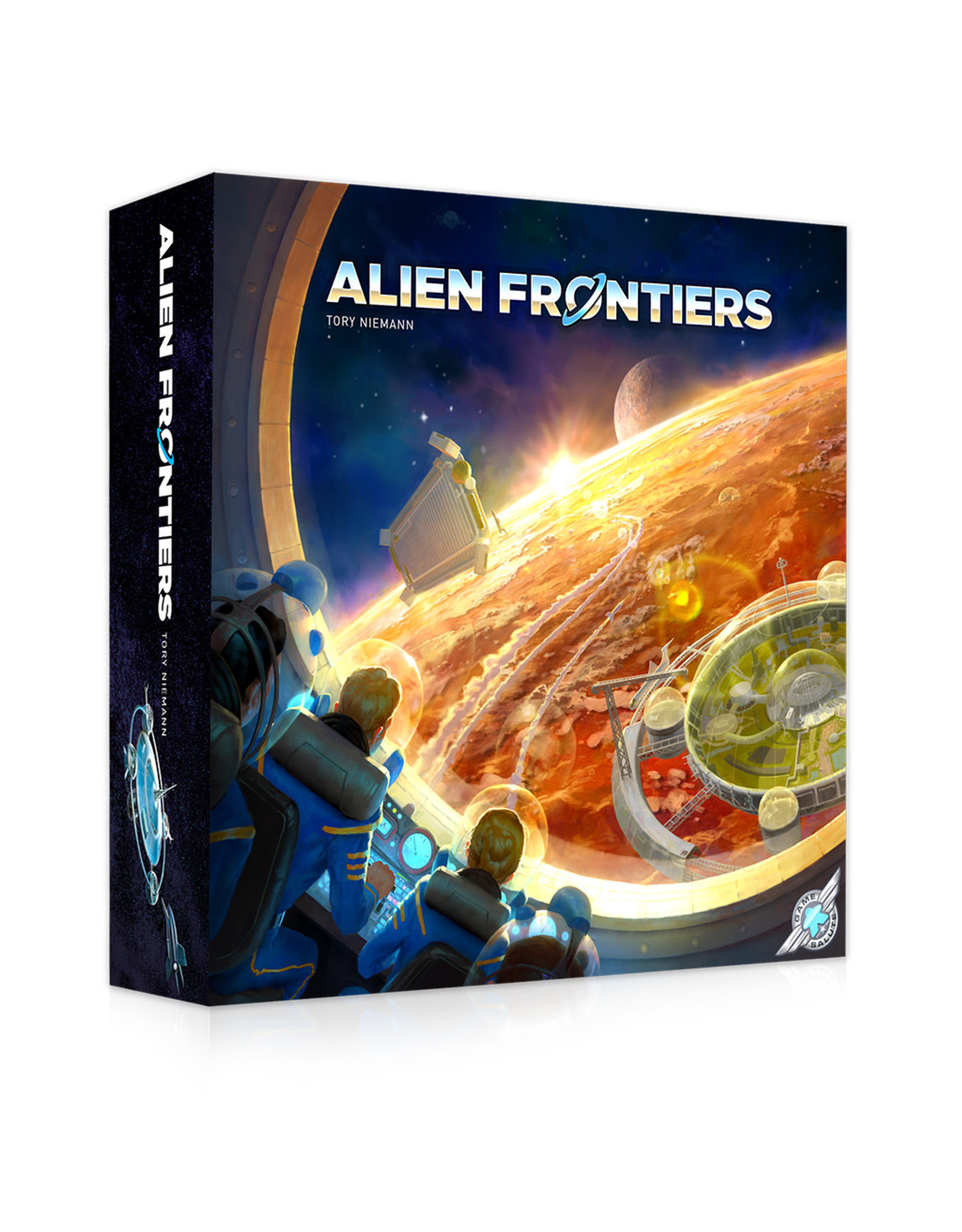 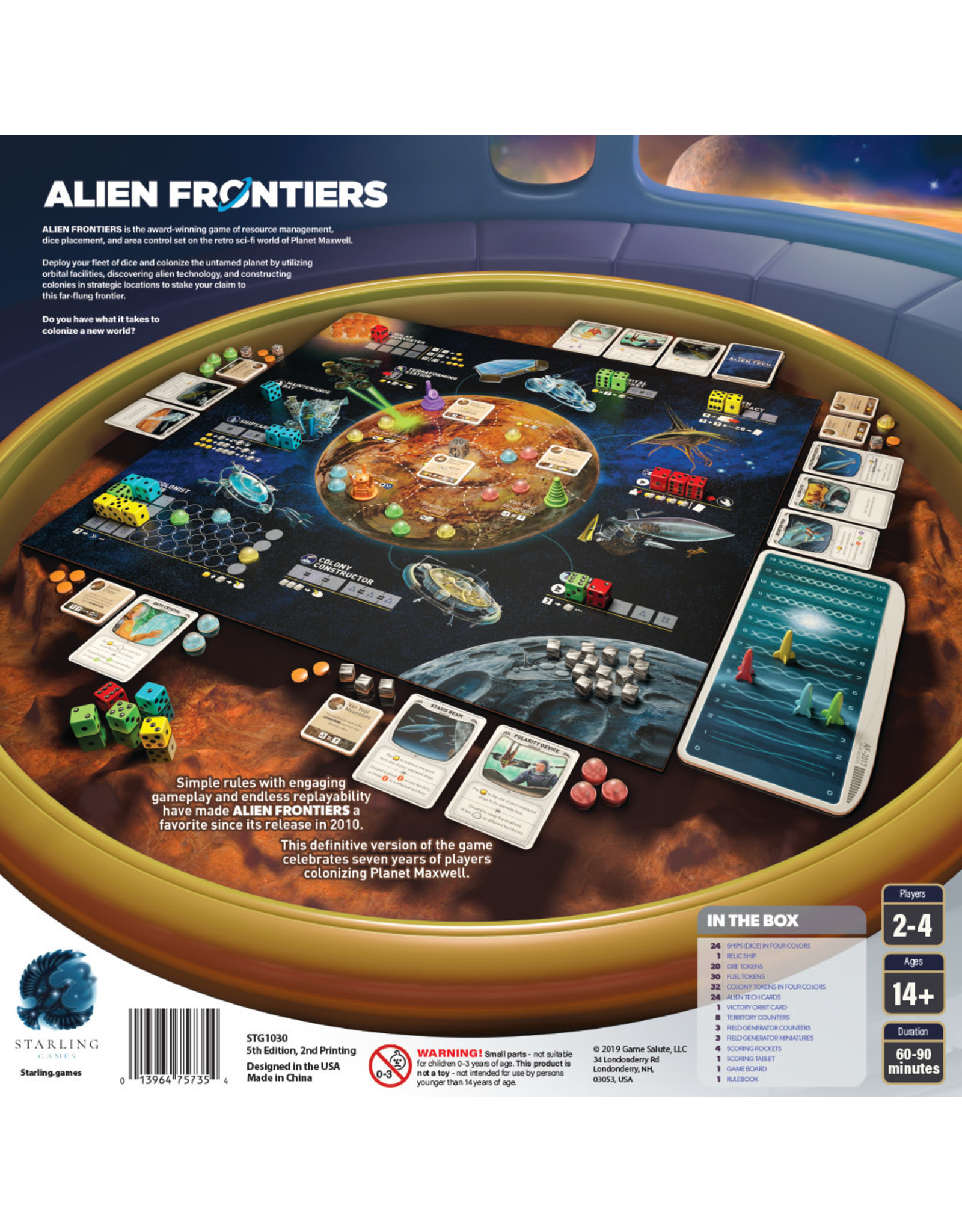 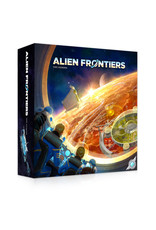 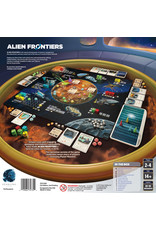 Do you have what it takes to be a deep space colonist? An alien frontier awaits the brave and daring! This new planet will be harsh, but if you have the skills to manage your resources, build a fleet, research alien life, and settle colonies, the world can be yours.

Alien Frontiers is a game of resource management and planetary development for two to four players. During the game you will utilize orbital facilities and alien technology to build colony domes in strategic locations to control the newly discovered world.

Roll and place your dice to gain advantages over your opponent and block them out of useful areas of the board. Use Alien Tech cards to manipulate your dice rolls and territory bonuses to break the rules. Steal resources, overtake territories, and do whatever it takes to get your colonies on the map first! Don't dream it'll be easy, though, because the other players will be trying to do the same thing.