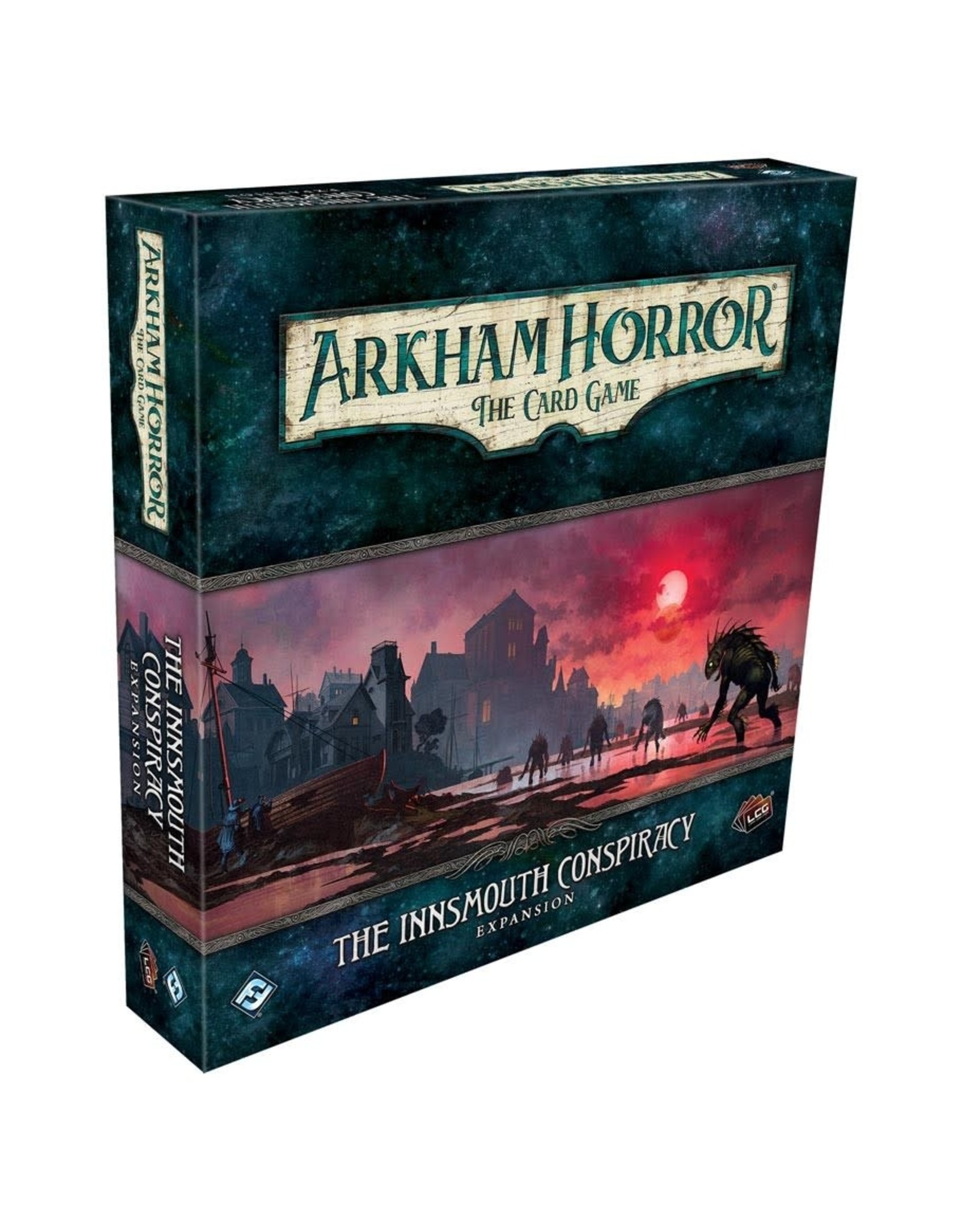 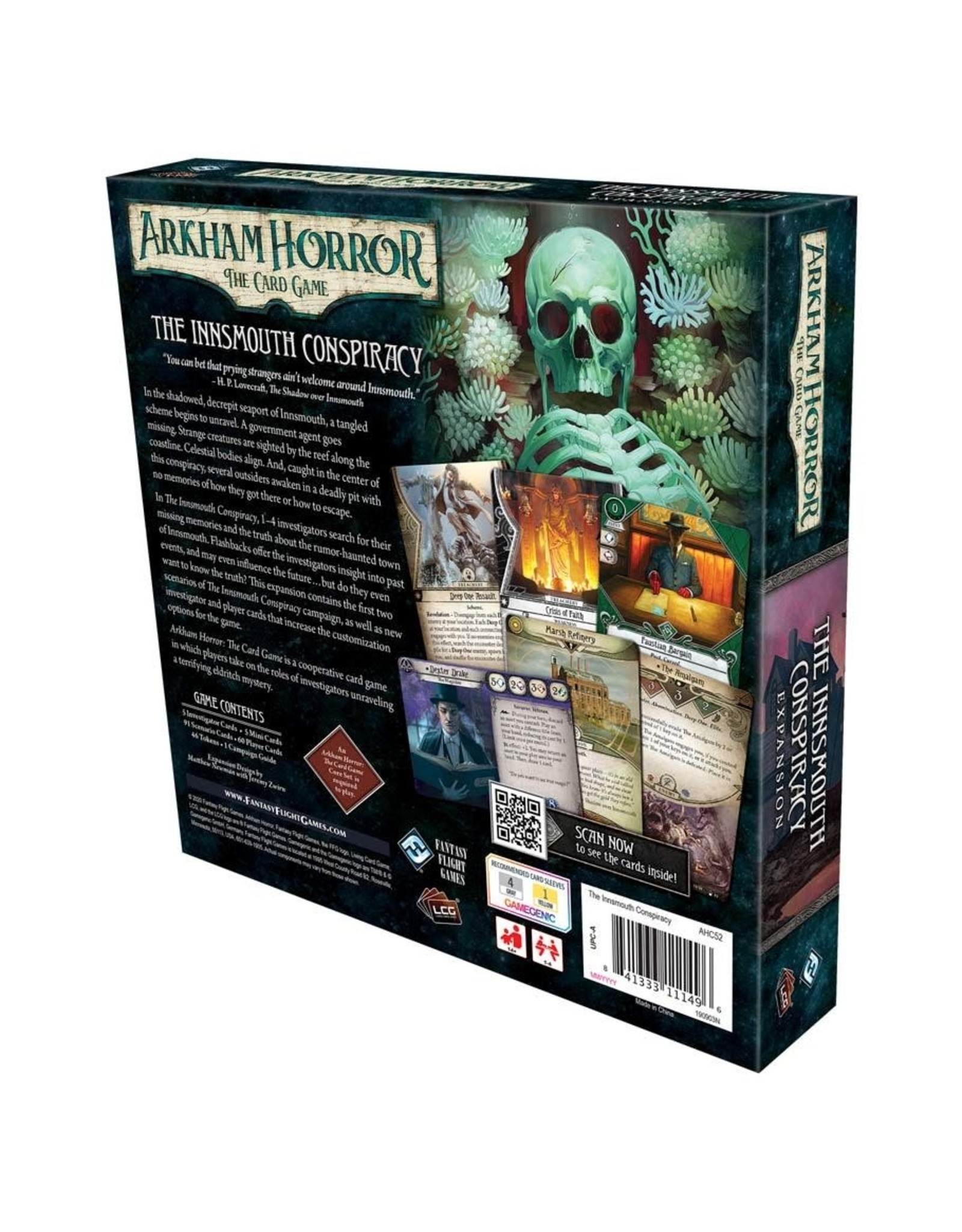 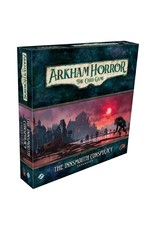 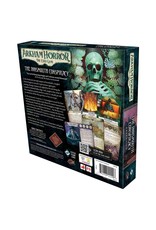 The Innsmouth Conspiracy, the sixth deluxe expansion for Arkham Horror: The Card Game, invites you to take your first steps in a twisting, time-jumping tale, starting with the campaign’s first two scenarios included in this expansion. From the heart of Innsmouth itself to the torturous coastline and beyond, these scenarios tee up an adventure that will continue to unfold across the subsequent six Mythos Packs. Far from including just two new scenarios, however, The Innsmouth Conspiracy brings five new investigators to the table with an undersea trove of player cards to support new types of decks - along with new mechanics for players to sink their teeth into, including keys, flood tokens, bless tokens, and curse tokens!