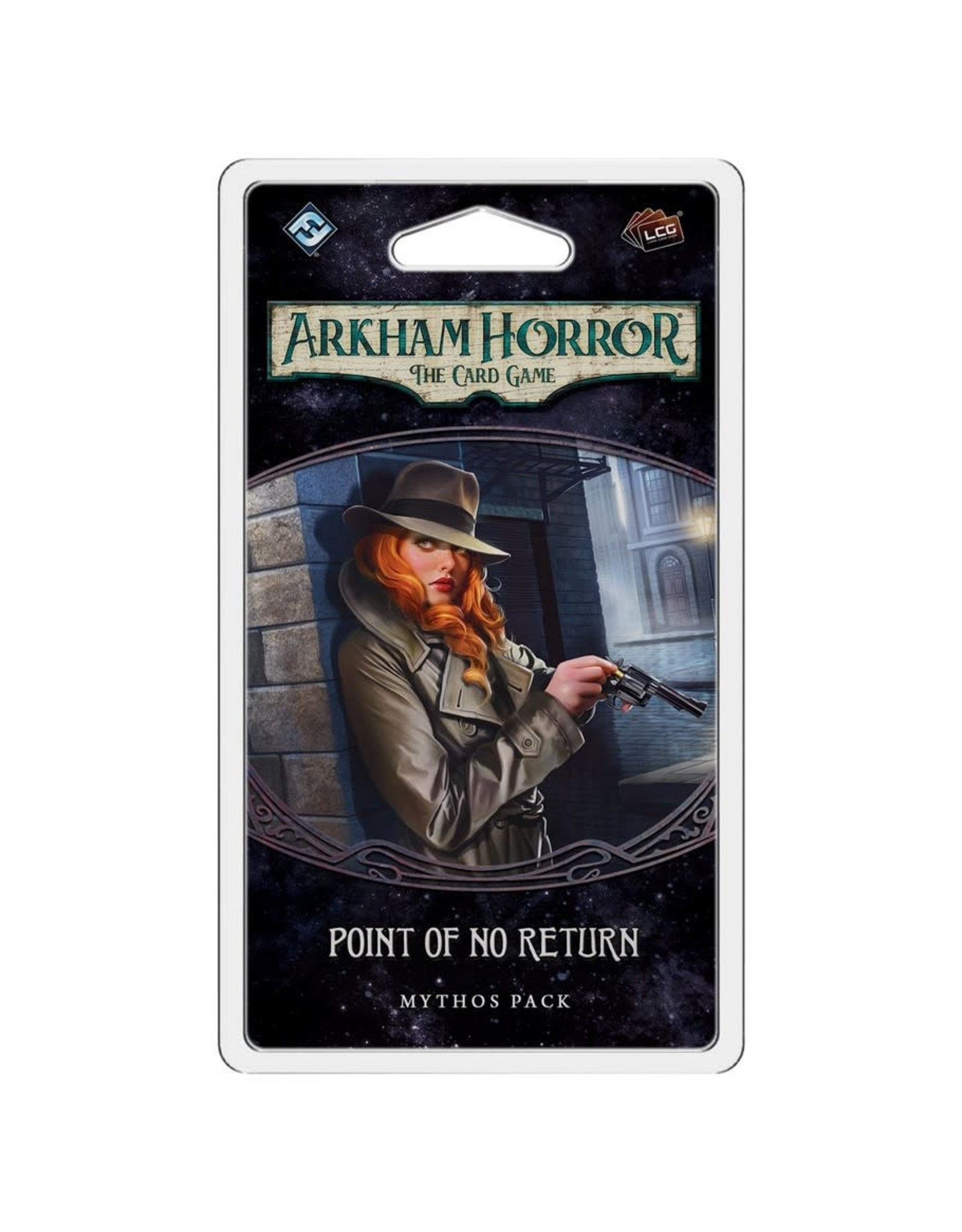 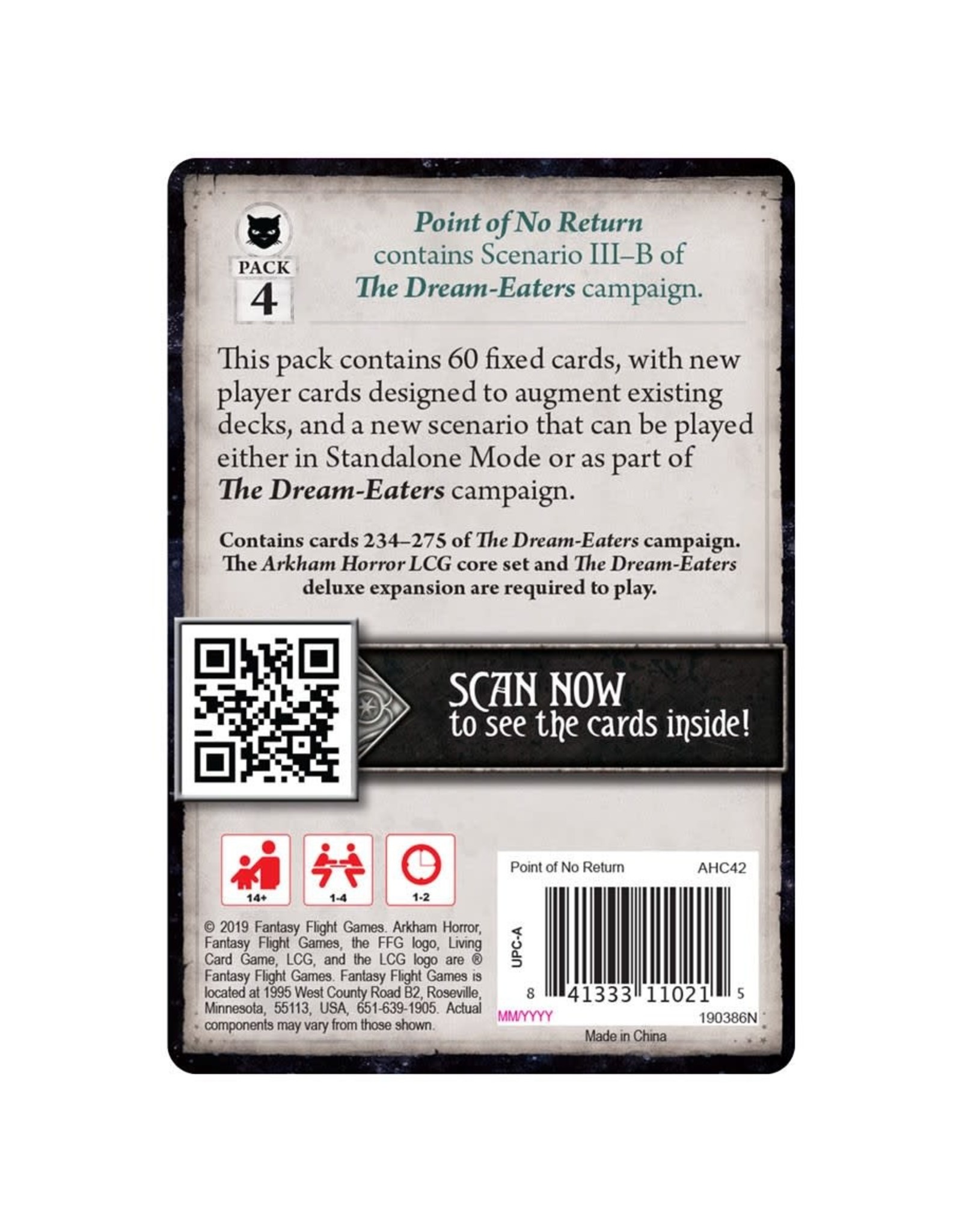 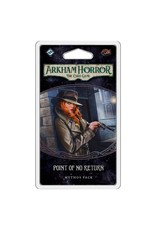 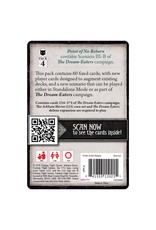 Point of No Return is Scenario 3–B of “The Web of Dreams” campaign, which follows the path of the investigators left behind to handle the horrors of the waking world in The Dream-Eaters. This scenario can be played on its own in Standalone Mode or combined with the other expansions in The Dream- Eaterscycle to form a larger four-part or eight-part campaign. Following the events of A Thousand Shapes of Horror, you have finally reached the Dreamlands, but it is not as you expected. No wondrous lands or fabulous cities greet you; merely the dark, barren realm of the Underworld.