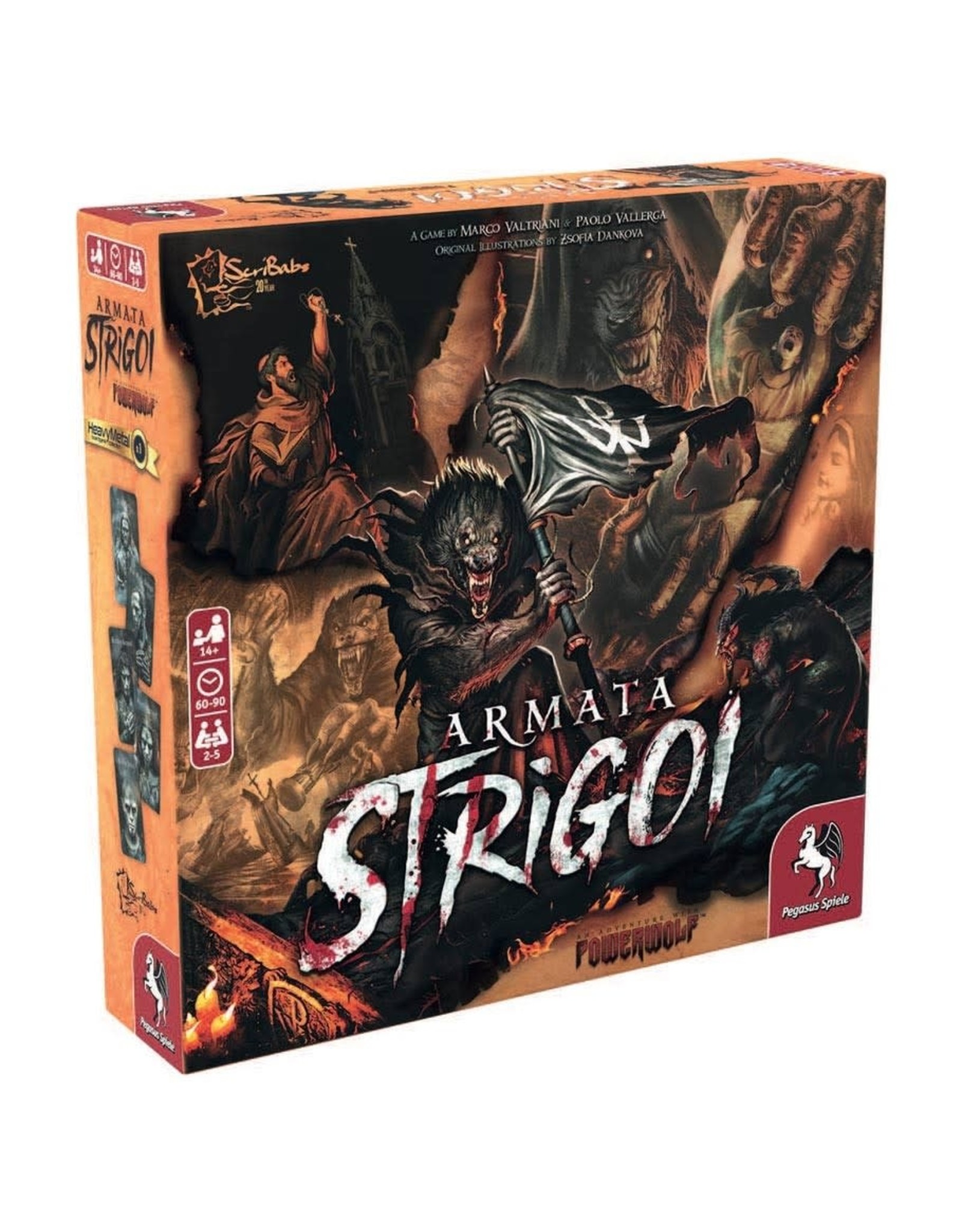 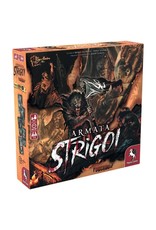 The eternal struggle between vampires and werewolves is coming to an end. The last Vampire Master and his Apprentice, Strigoi from Wallachia, are dwelling in the ancient fortress of Tismana: a stronghold haunted by evil undead creatures. Nevertheless, the POWERWOLF — sons of the Legends of the Night and the Armenia Savage Army — the defenders of the “Real Truth”, prepare for a last frantic assault knowing there are no alternatives to victory!

Armata Strigoi is a game in which the Powerwolf win or lose as a team, but each player makes their own decisions about their actions and movements. Each player represents one of the Powerwolf heroes which assault the Strigoi’s fortress as a single pack. In order to win they have to defeat both Vampires. However, the two foes are initially invulnerable and their vitality is intrinsically linked to their dwelling fortress, thus, upon the demise of the first vampire the whole structure will start to crumble and collapse on itself, making the victory a race against time!

The Powerwolf act collectively, but a pack of werewolves during a furious assault is not known to be a highly organized band that can devise and set up high-profile strategies and tactics. Hence, the players are forbidden from sharing details about their cards, though they can talk to each other, propose joint actions, or heal a comrade.

Victory is achieved by defeating both Strigoi. To make them vulnerable, the Powerwolf must first collect Blood Points by decimating the fellow Creatures of the Night who haunt the fortress. During their quest, they can also collect weapons and magical artifacts. If one Strigoi perishes, the other immediately turns into a Supreme Master Vampire, making them even more lethal. At the same time, the fortress starts to crumble and collapse room by room. If both Strigoi are defeated, the Powerwolf pack wins the game. It is not an easy task, but let the hunt begin!