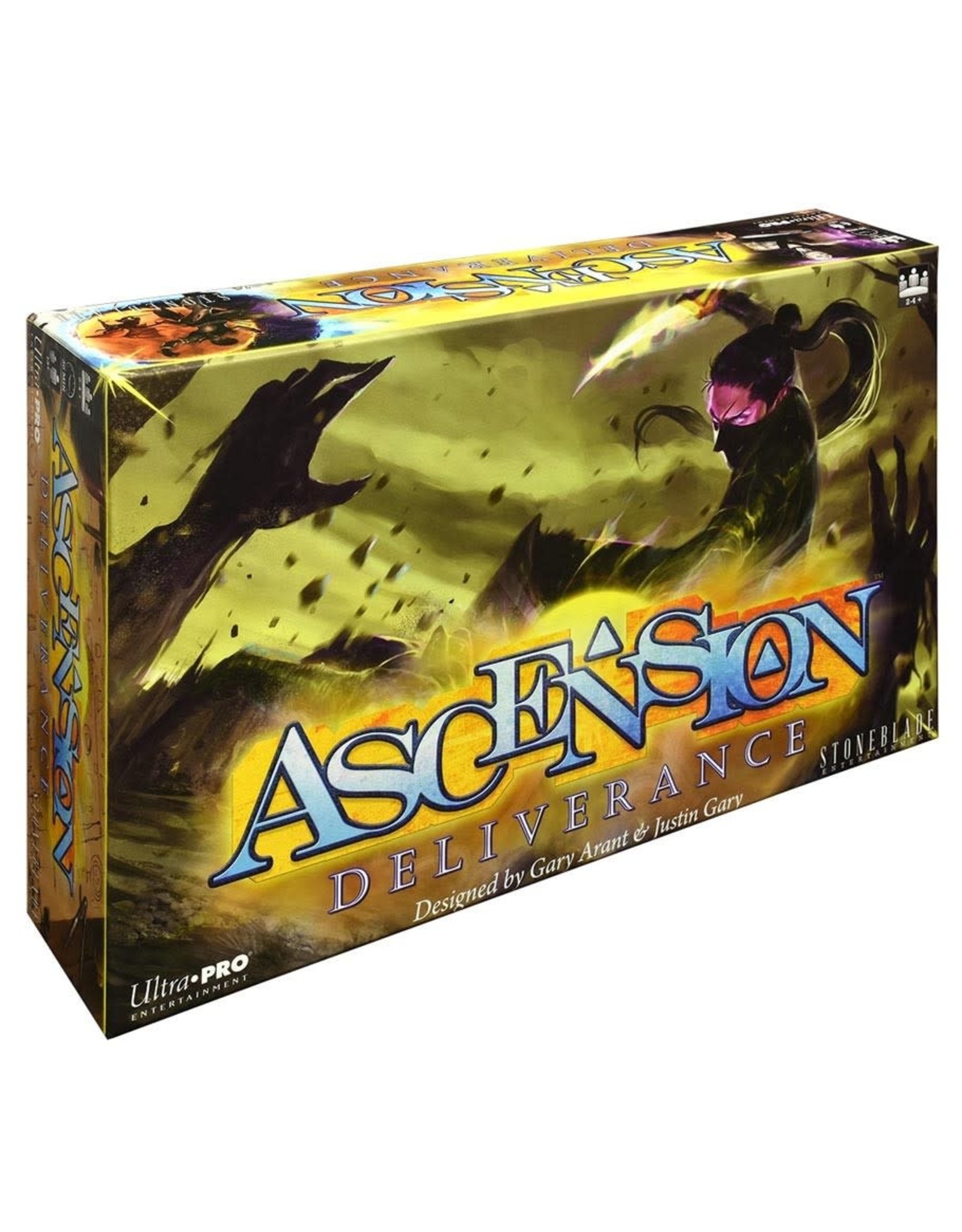 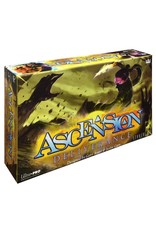 Ascension is a series of standalone deckbuilding strategy games where players continuously improve their deck as they make crucial choices with public decks of cards, such as buying powerful upgrades or defeating monsters for victory points.

In Ascension: Deliverance, the world of dreams has become a living nightmare. With the portal between dreams and reality opened, the world has descended into madness. Only you can harness the power needed to close the portal to the Dreamscape and restore the world to order.

Throughout the game, players start with a small group of loyal but untrained followers, you acquire mighty Heroes and powerful Constructs to aid you in your quest to defeat evil Monsters and achieve victory. Each turn, you will play cards to gain resources. These resources will allow you to acquire new Heroes and Constructs for your deck and defeat Monsters to earn rewards. At the end of the game, the player with the most Honor from cards they have acquired and Monster rewards is the winner.