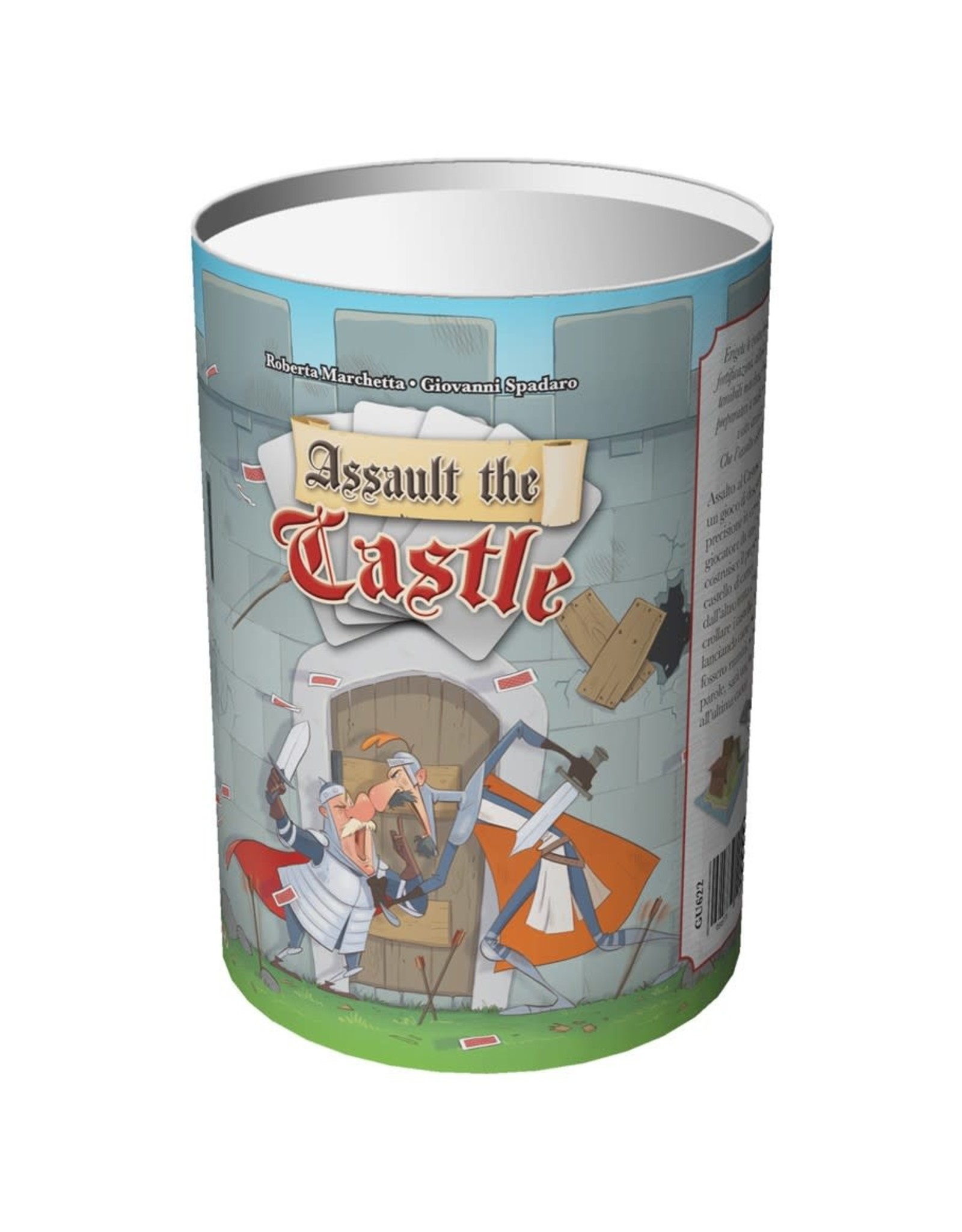 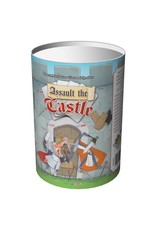 In Assault on the Castle, players are fierce medieval Lords who want to destroy opponents’ castles by using fearsome siege machines. At the beginning of the game, players, by using cards, physically build their own castles upon a special basement mat. With regards to the building phase, there actually are no limits, as long as the castles can stand properly.

During the game, players turn-by-turn draw siege cards that activate siege machines. In such cases, players will throw cards against opponents’ castles, to make them fall.