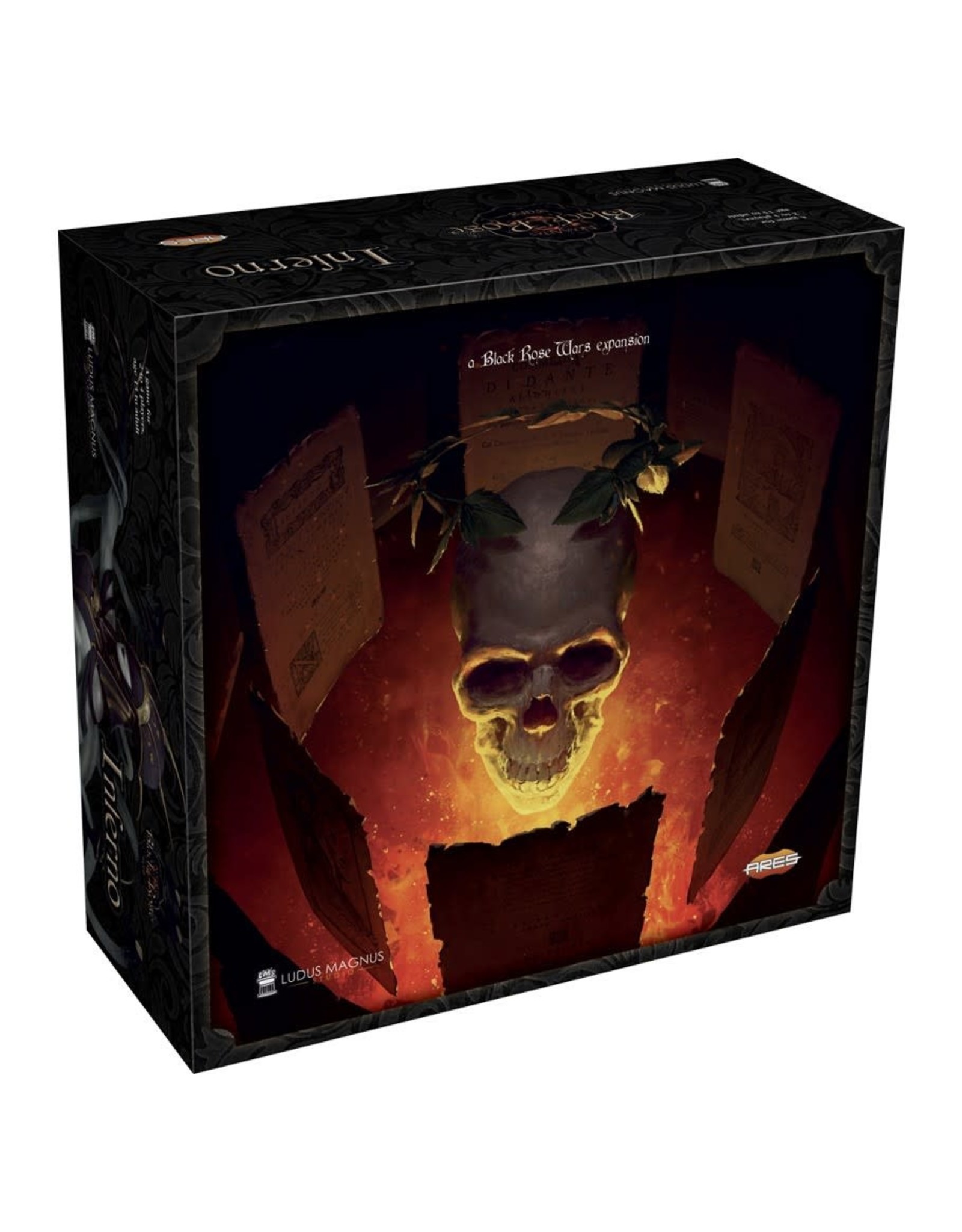 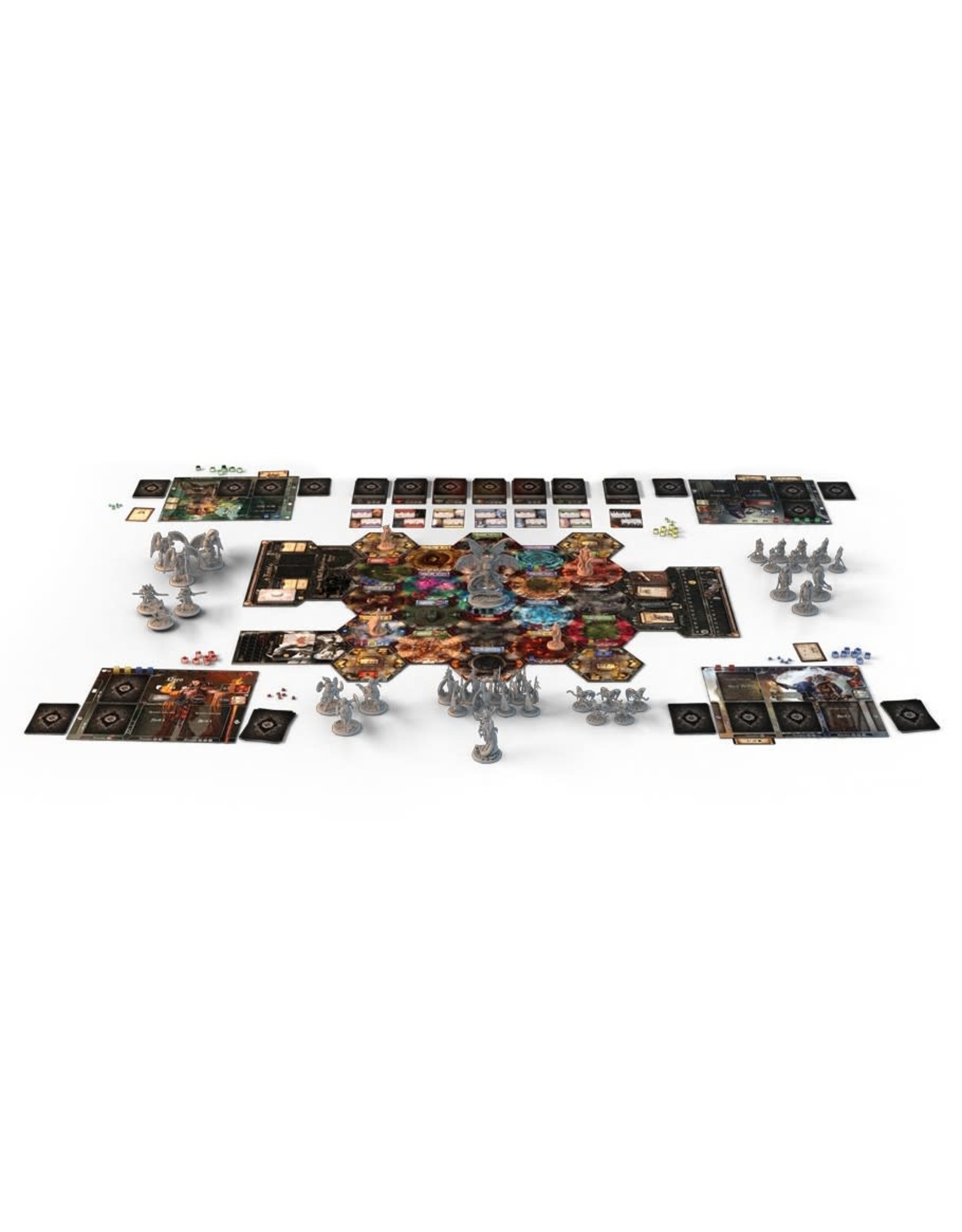 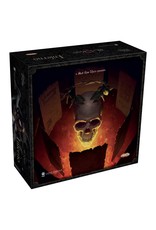 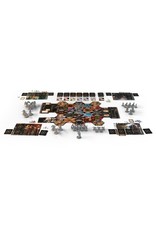 Welcome to Dante’s Inferno! This new and rich expansion to the Black Rose Wars includes the materials needed to play Inferno, using the spell cards to evoke and use the demons, fighting against the new strong enemy Lucifer.

Inside the spectacular box, designed by artist Antonio De Luca, you'll find 14 impressive new rooms dedicated to the circles of Inferno: there will be 13 dedicated to the circles and a specific one with Lucifer’s throne of glass. These rooms and their effects have been designed to be effective when played all together, but they can also be played individually in the base game.

A new set of events and quests will guide you through these burning hot rooms.

The quests are linked to the rooms and creatures of Inferno, but when specifically selected they can also be used in the base game. The evocations are handled with a double-sided play deck. One side is needed for demons controlled by the Mages, the other side is used by Lucifero to control his personal demons.

In the box you will also find 18 new wonderful miniatures, representing demons and creatures as Barbariccia, Farfarello, harpies, centaurs, and obviously Lucifer, the ruler of Hell.