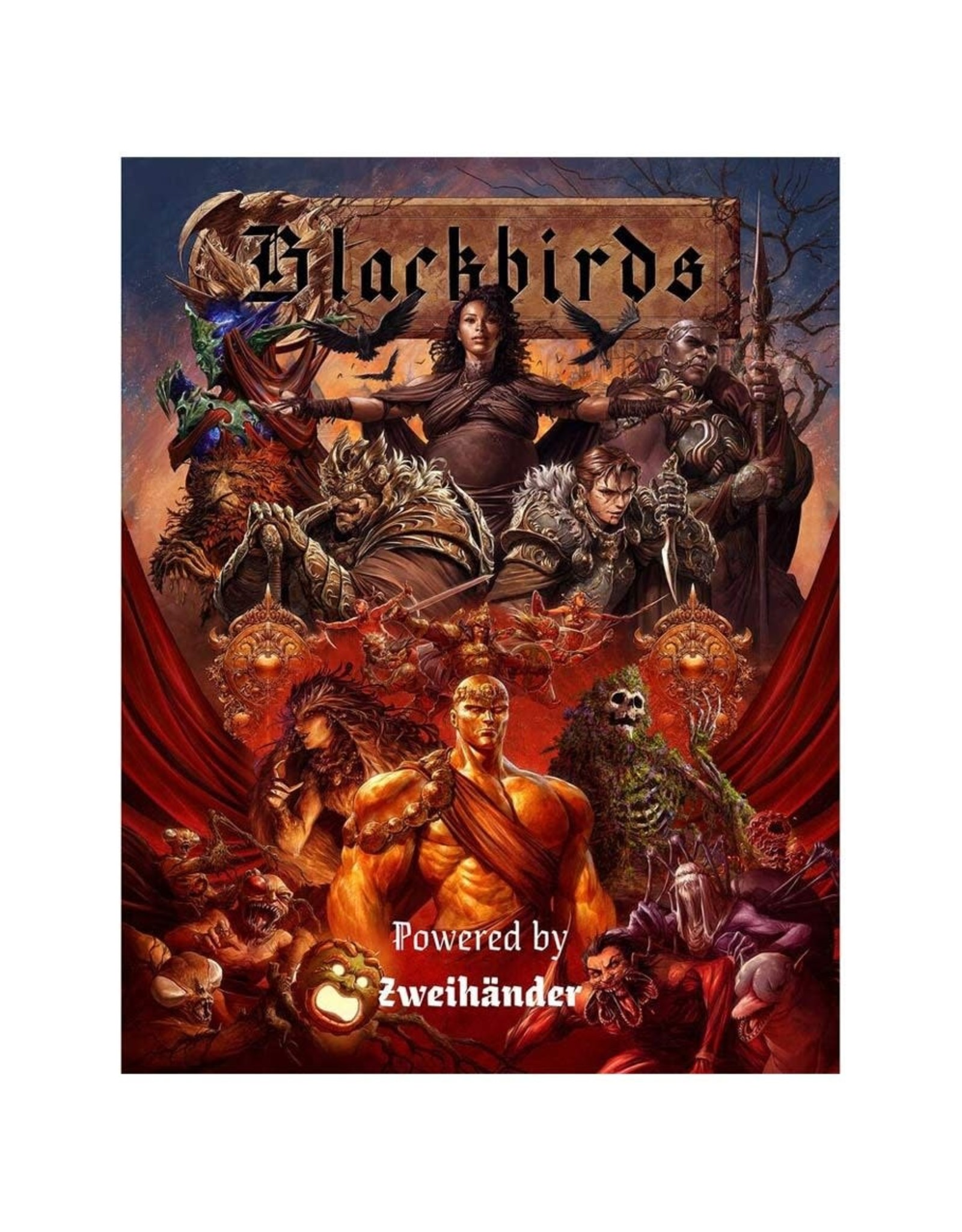 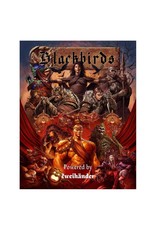 The world hangs by a thread of fate. To sever this golden cord is to plunge all of creation into chaos, a world without gods or their justice, where rebirth is the only possible salvation, and to be reborn, one must die.

Twelve years of war have ravaged the kingdoms of Erebos, where the great battle that would decide the fate of all has been waged... and lost. Now, the lights of civilization are going out. Swells of refugees have taken to the roads, desperate to find homes far from all the suffering. New constellations twinkle in the vault of the night, only to disappear if scrutinized for too long. Creatures of long-forgotten folklore once again stalk the countryside. It is a time of ill omens and unlikely heroes.

BLACKBIRDS RPG is set in a fantasy world inspired by Europe during the Hundred Years' War, where a cabal of power-hungry Oligarchs has stolen godhood. Their horrific act rent the fabric of reality, allowing corrupt magic to undermine the world's natural order. And, soon, the Oligarchs themselves will return to the mortal plane and remake it in their image.

This dark fantasy horror game includes most of what you need to play: a player’s handbook, a game master’s guide, a bestiary, and an introductory adventure set in Erebos. All that’s left are a few friends, pencils, and a handful of dice.