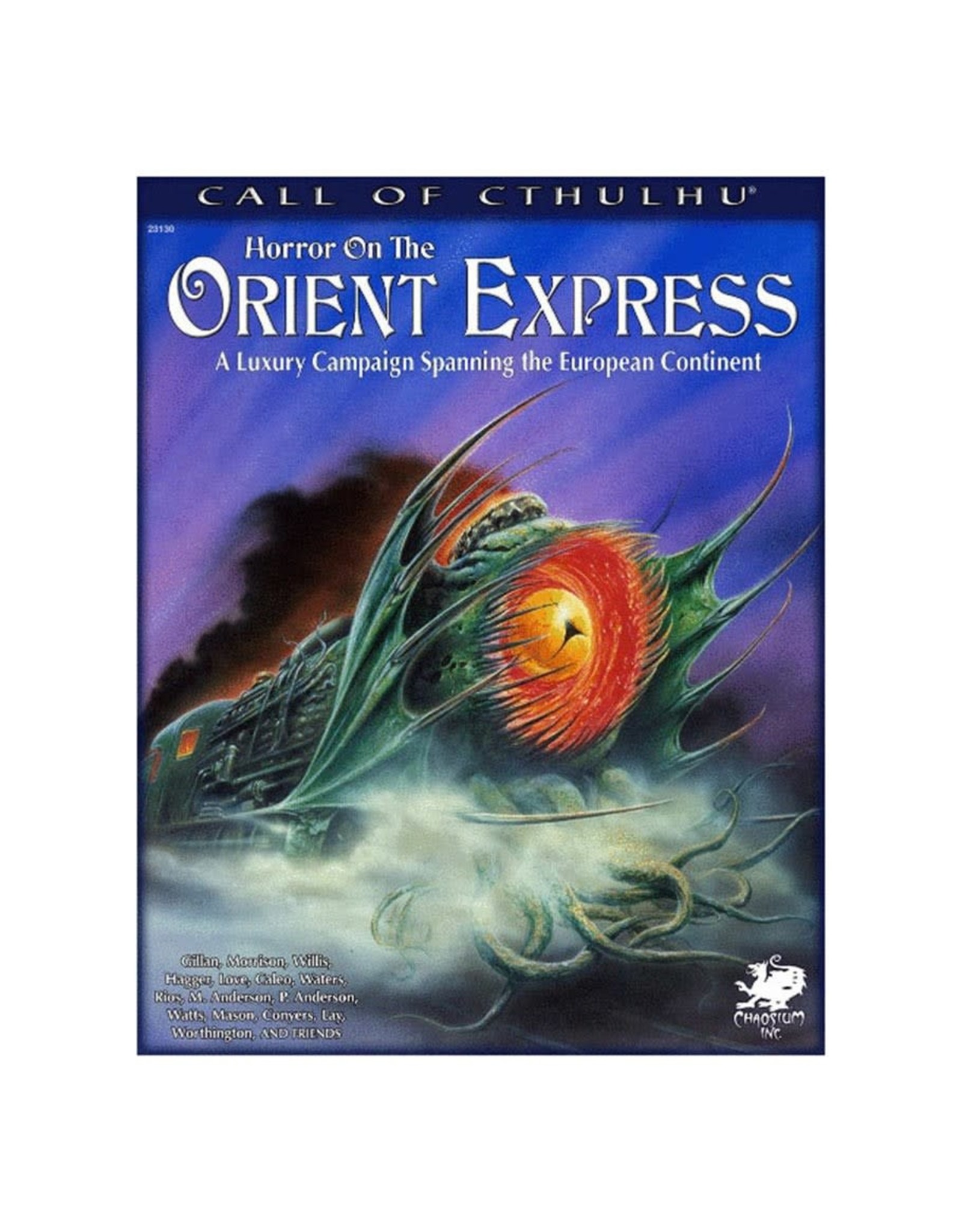 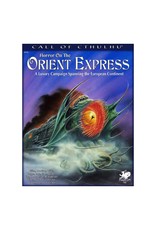 Horror on the Orient Express contains the second-edition of a massive, luxury adventure for the Call of Cthulhu roleplaying game. Beginning in 1920s London, the investigators journey to Paris and thence to the ancient city of Constantinople. With luck, they also return home.

Horror on the Orient Express now contains 19 episodes, some requiring many nights of game play. Background scenarios are included for Cthulhu Invictus, Cthulhu Dark Ages, Cthulhu By Gaslight, and a modern-day coda to the core 1920s-era campaign. These scenarios explore the early creation of elements of the core campaign, providing the players with glimpses of the horrors to come.

Four books are contained within: Through the Alps, Italy & Eastern Europe, Constantinople & Return, and Strangers on the Train. In addition, there are numerous player handouts: a European Route Map, luggage stickers, scrolls, passports, card stock plans of the train that can be laid end-to-end, and fragments of an ancient artifact collected along the way.