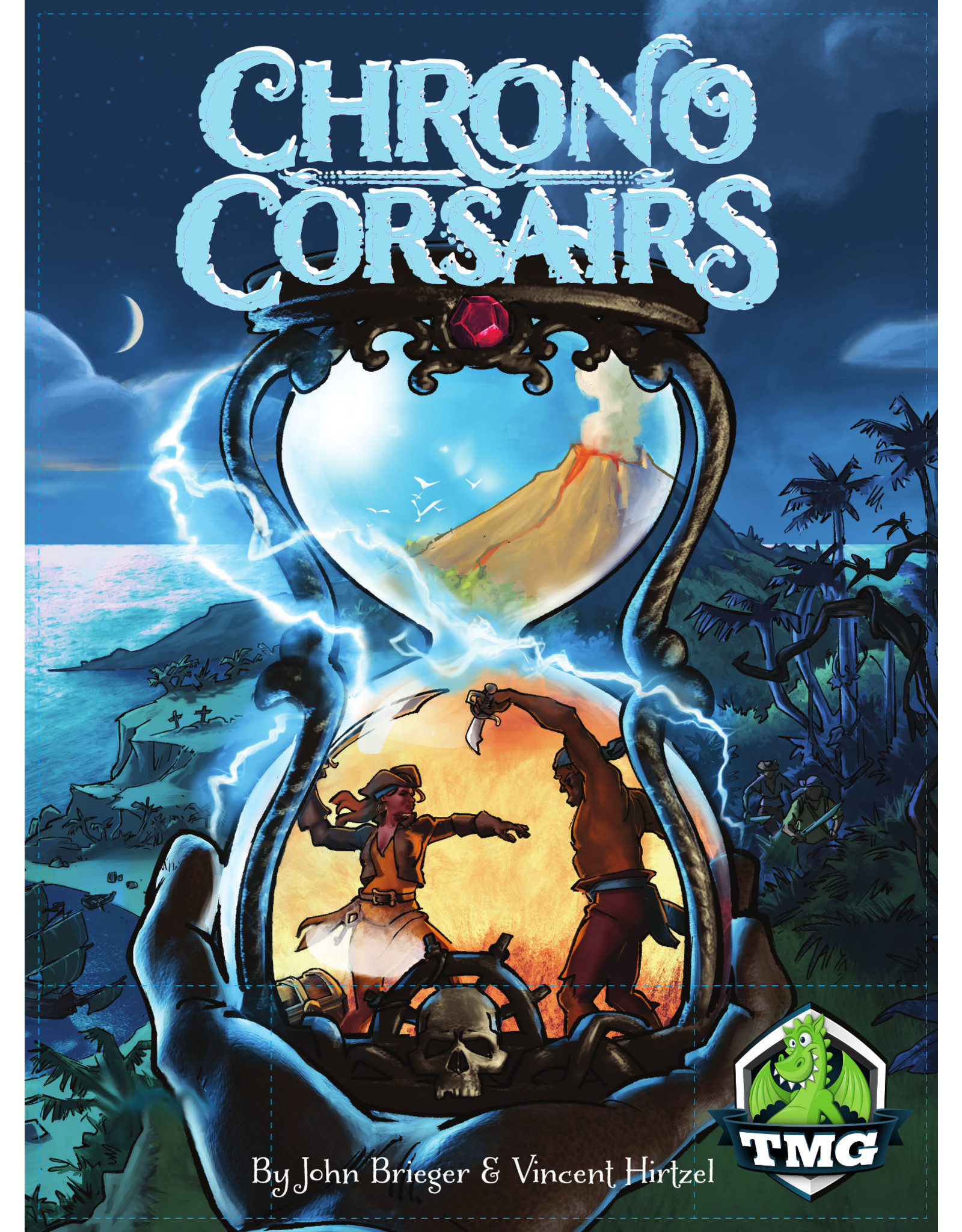 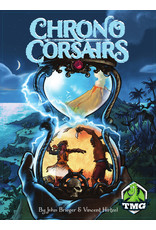 On the cursed shores of Ouroboros Island, a fearsome time storm has wrecked several pirate ships in a desolate harbor. What's worse, you're cursed to live the same day over and over again until the time storm subsides!

At the start of each loop in Chrono Corsairs, players simultaneously select plans to place into their timeline. Then, you follow those plans to move your crew around the island. Events happen at the same time in the same place every loop, so as you explore the island, you'll unlock its secrets and learn to avoid its many dangers.

At the end of each loop, all the pieces on the board reset as you collect treasure. Doubloons must be spent to upgrade your crew, while time gems can be kept from loop to loop. As the time storm's intensity increases over the course of the game, it unlocks new scoring opportunities and produces strange anomalies. When the time storm breaks, the game ends and the pirate with the most treasure wins.