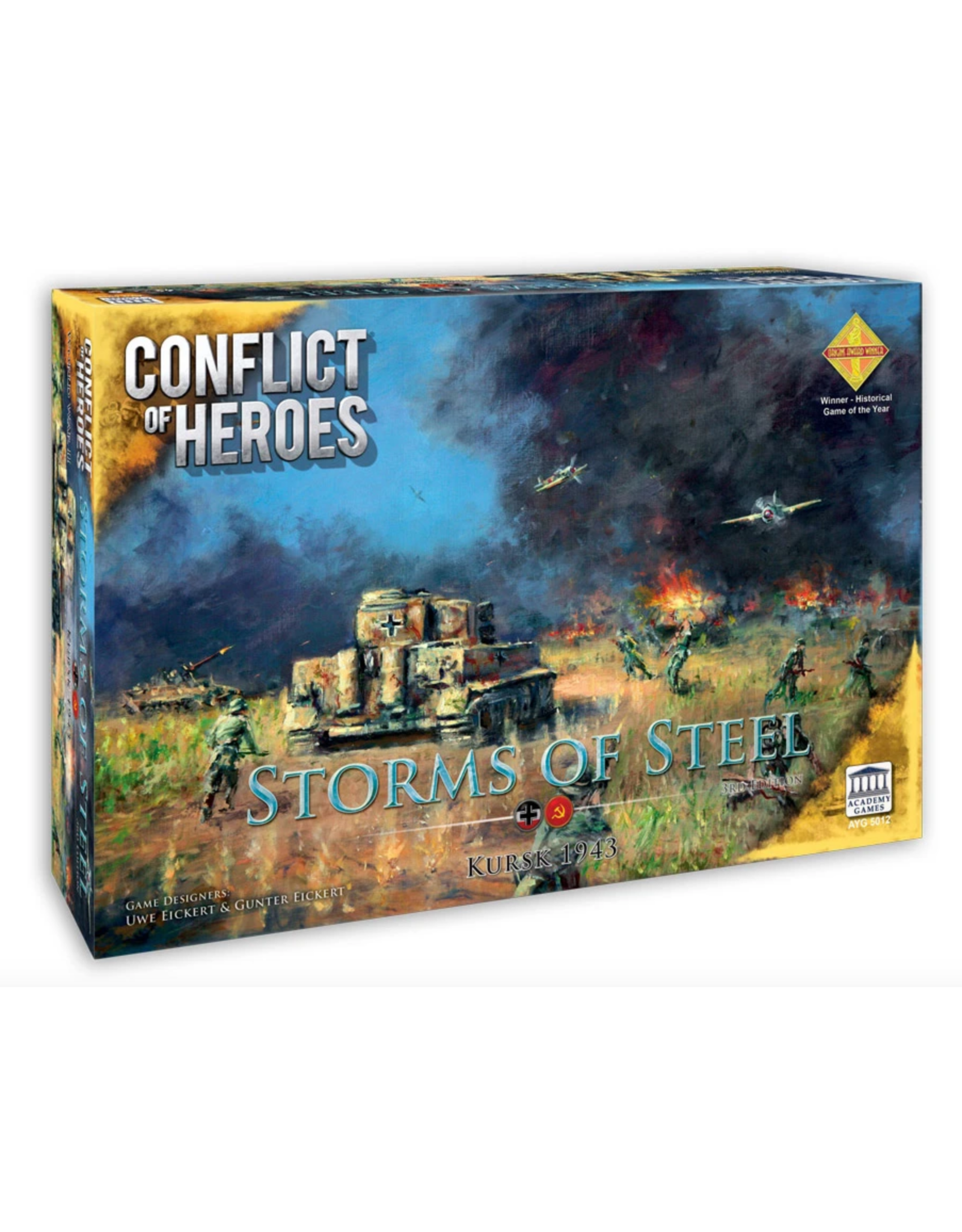 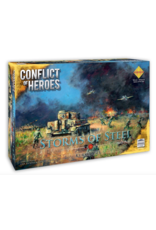 Conflict of Heroes is a tactical war game of platoon-sized engagements, with each counter representing a squad of infantry, a crewed gun, or a vehicle. The engagements are presented as firefights with different objectives. During a firefight, players use their army's units to fight for these objectives, which are worth victory points (VPs). The player with the most VPs at the end of the game wins.

Storms of Steel covers one of the largest tank battles in history. German Panzer and Anti-Tank hardware had caught up with the Soviets, allowing the Germans to destroy most Soviet tanks from great distances. But the Soviets countered this advantage with mass production of tanks, which were thrown at the Germans in an attempt to overwhelm them.

The rules for Storms of Steel are the same as for Awakening the Bear, but the two games play very differently. In Awakening the Bear, the Germans had to flank and get close to Soviet tanks if they stood any chance of penetrating the heavy T-34 tank armor. But by 1943, at the battle of Kursk, most Soviet tank armor could be penetrated by the Germans at great distances. So the tables are turned and players must employ very different tactics.

Storms of Steel also employs map overlays, produced in the same high quality format as the maps themselves. These overlays allow players to enrich every Firefight they play!

All New for the 3rd Edition: