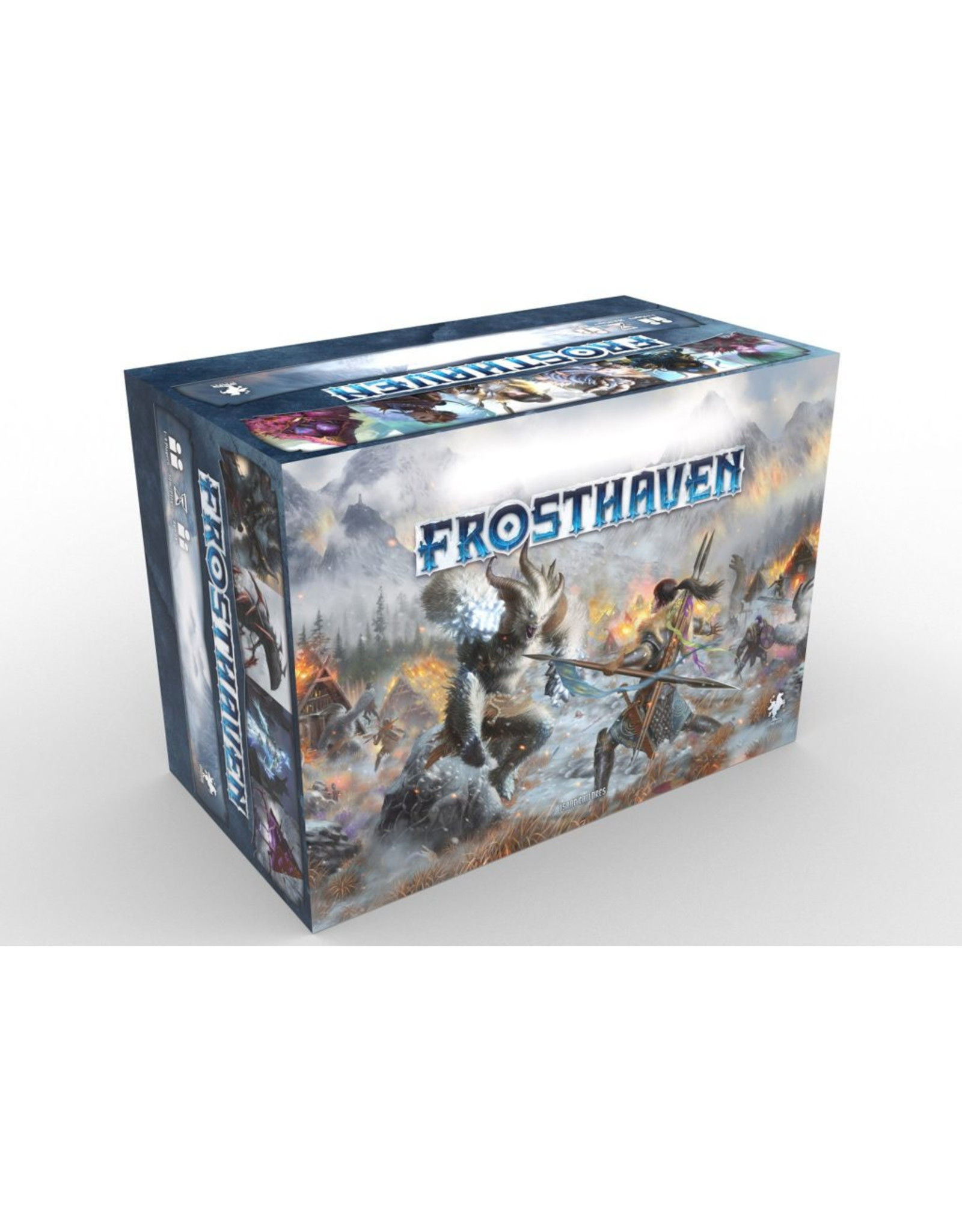 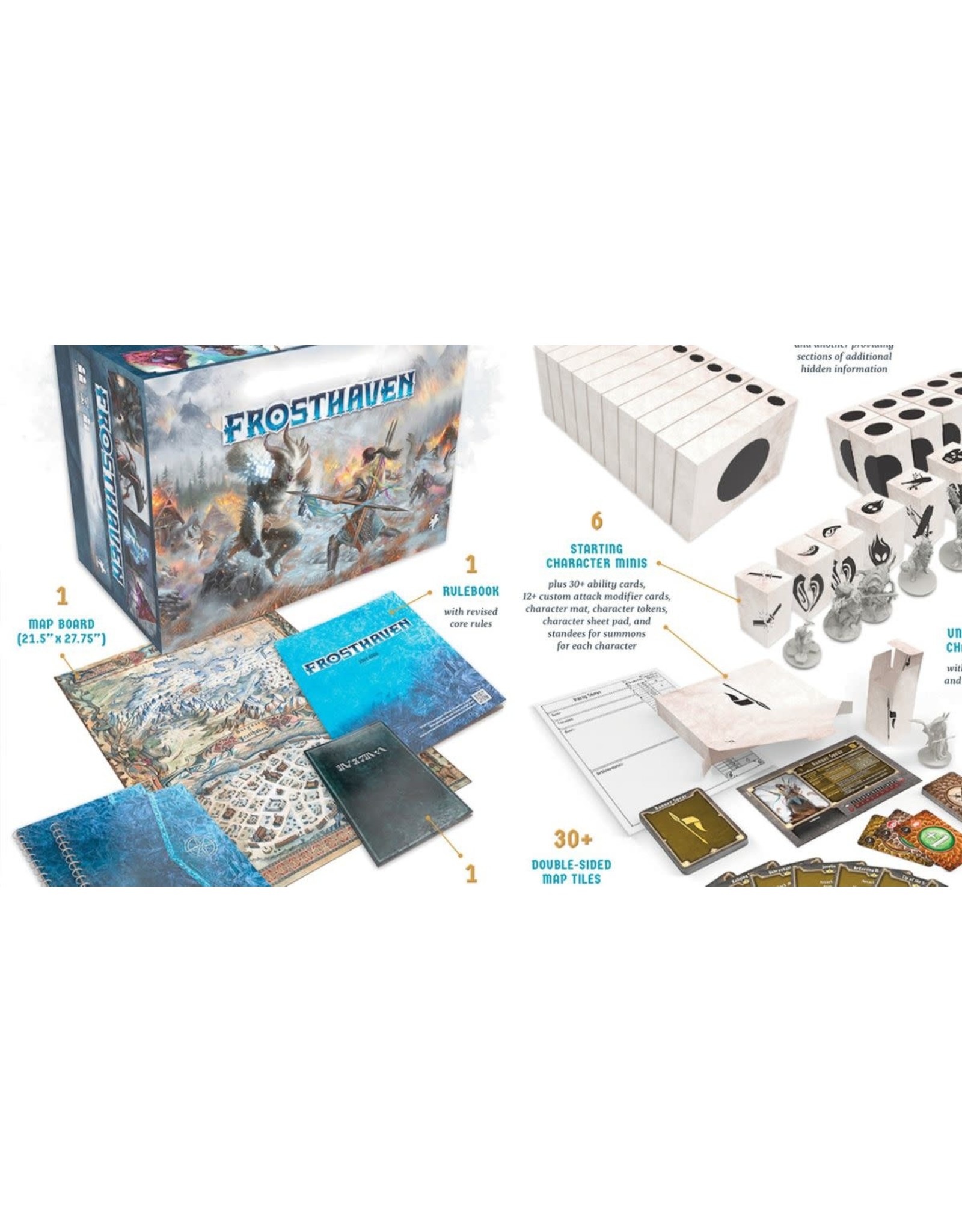 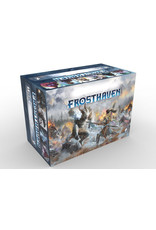 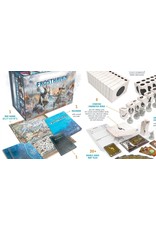 NOTE: THIS PREORDER ITEM IS NOT AVAILABLE TO SHIP OR PICK UP UNTIL RELEASE (estimated release date Quarter 4, 2021.)

Frosthaven is the story of a small outpost far to the north of the capital city of White Oak, an outpost barely surviving the harsh weather as well as invasions from forces both known and unknown. There, a group of mercenaries at the end of their rope will help bring back this settlement from the edge of destruction.

Frosthaven is a standalone adventure from the designer and publisher of Gloomhaven that features sixteen new characters, three new races, more than twenty new enemies, more than one hundred new items, and a new, 100-scenario campaign.

In addition to having the well-known combat mechanisms of Gloomhaven, Frosthaven will feature much more to do outside of combat, such as numerous mysteries to solve, a seasonal event system to live through, and player control over how this ramshackle village expands, with each new building offering new ways to progress.

Characters and items from Gloomhaven will be usable in Frosthaven, and vice versa:

As revealed during PAX 2020, Frosthaven will be interchangeable with the original Gloomhaven board game. To an extent, anyway. Namely, you can use Gloomhaven's characters in Frosthaven and vice versa. What's more, some of the first game's items will become available throughout the sequel.

Frosthaven has a whole new set of items but there is a mechanic for bringing items over from 'Gloomhaven'. However, as it is a remote location, these products get imported and are not there as standard. Resources are much more valuable and you have to build items through a crafting system rather than just buy them.