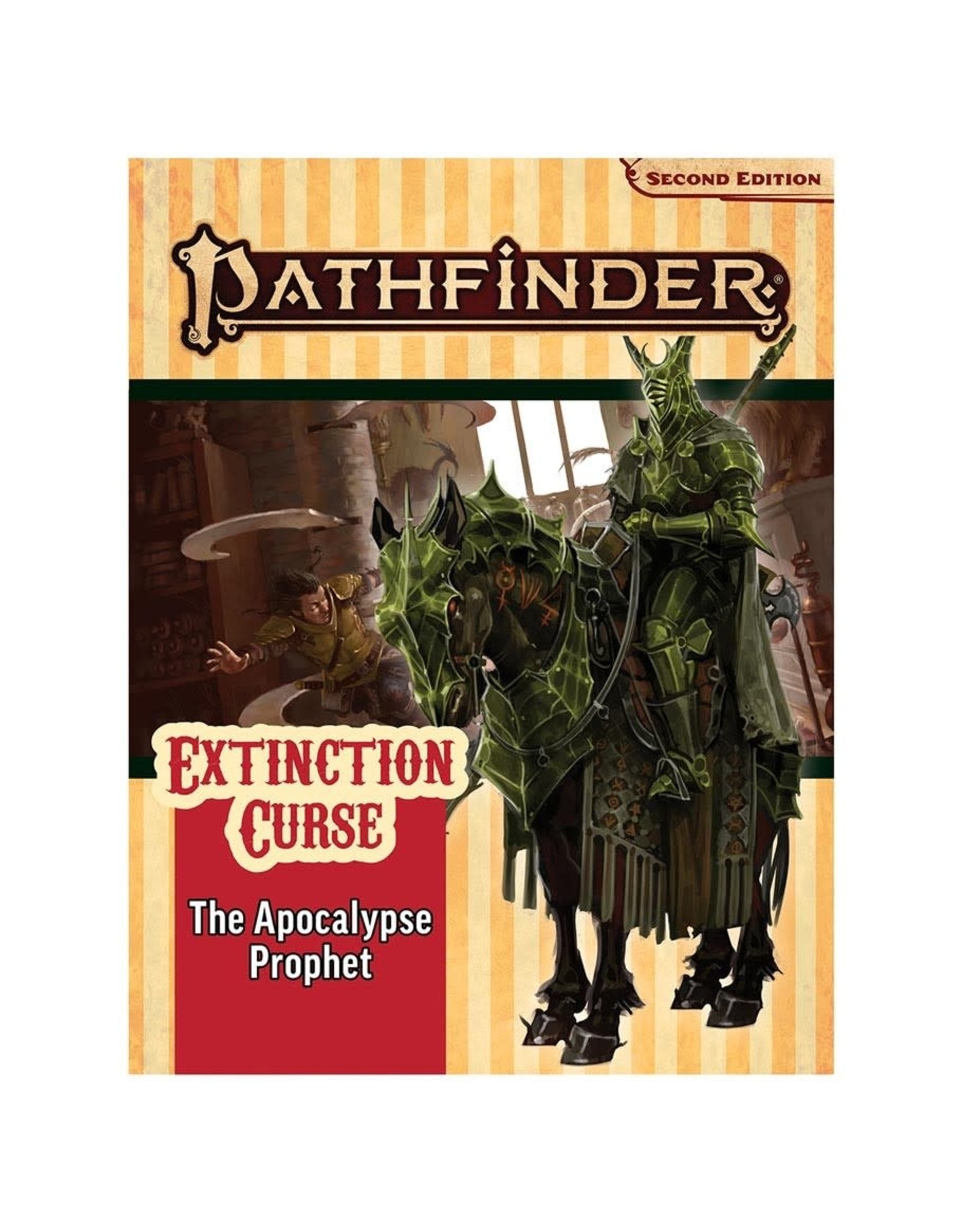 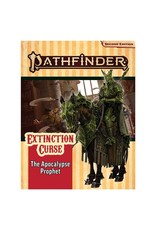 The heroes have at last earned the magical energies drawn from the life-giving aeon orbs. They must now scale the highest peaks of the Starstone Isle, outwitting wily demons and facing the mightiest xulgath invaders from deep beneath the earth. In a trap-laden vault constructed by Aroden himself, the cunning high priest of the xulgaths labors to unlock the secrets of the dreaded extinction curse. If the heroes cannot stop him, an apocalyptic devastation will wipe out all life in Absalom and beyond!

“The Apocalypse Prophet” is a Pathfinder adventure for four 18th-level characters. This adventure concludes the Extinction Curse Adventure Path, a six-part, monthly campaign in which the heroes lead a traveling circus as they unravel a plot to eradicate all life from the islands of the Inner Sea. This volume also includes a gazetteer of the forbidding Kortos Mountains, an examination of relics left by the dead god Aroden, new monsters, and new rules.