Legend of the Five Rings LCG: Peace at Any Cost Dynasty Pack

Home / Legend of the Five Rings LCG: Peace at Any Cost Dynasty Pack 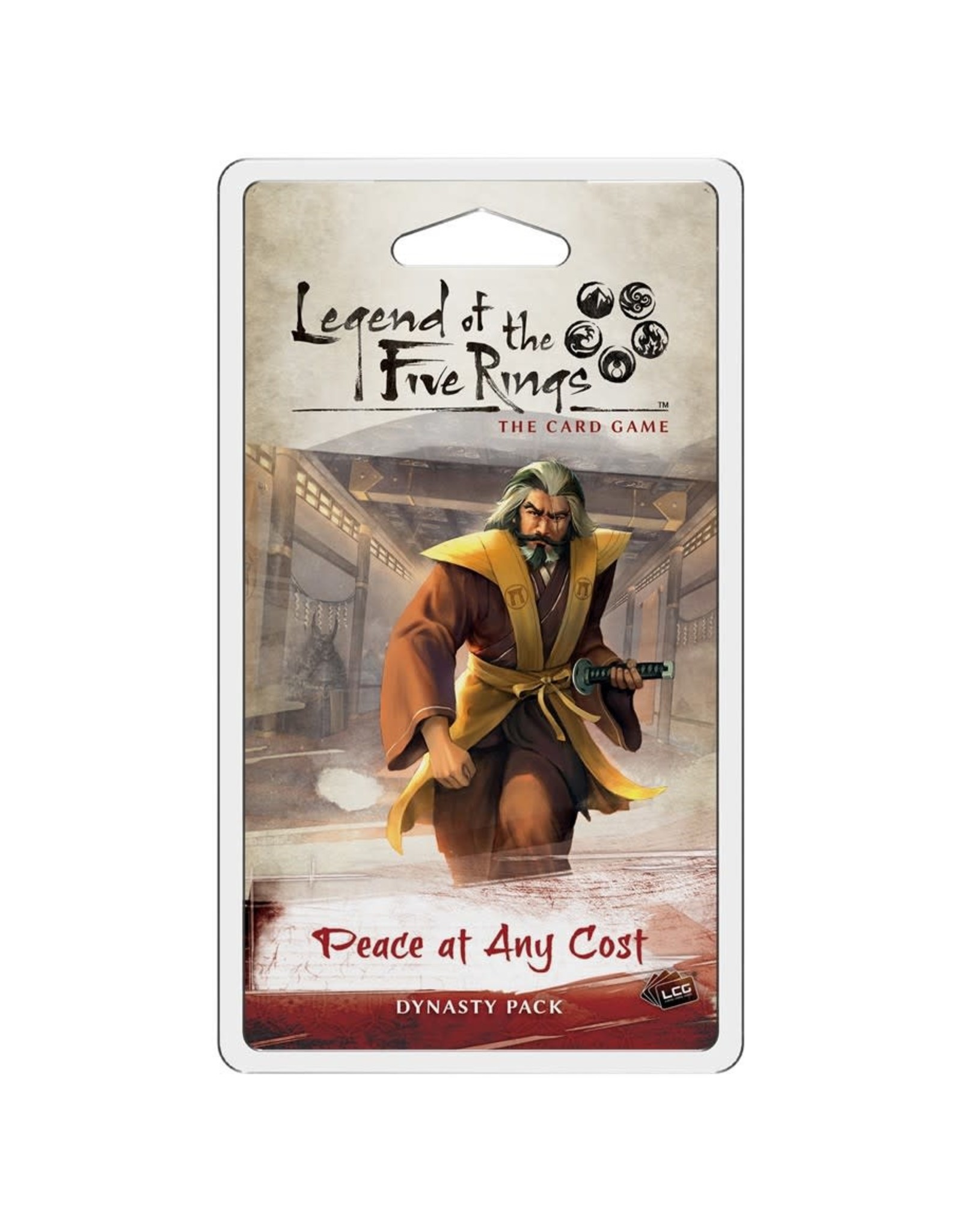 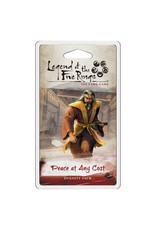 As the Emerald Empire continues to battle its enemies from beyond, so too must it deal with its enemies from within. The temptations of each of the Great Clans have threatened to break Rokugan apart in irreparable ways. In this time of desperate need, the hopes of the Empire may rest in the hands of those seeking to purify the corruption that festers within—but only if they can resist the allure of their own temptations in the process.

As with earlier Dynasty Packs of this cycle, this expansion provides a bevy of new tools for each Great Clan. Several clans receive new ways to manipulate fate on individual characters—on both their own characters and their opponents’—as well as ways to respond to their opponents doing the same. With a new stronghold, two new provinces, and a full array of dynasty and conflict cards, Peace at Any Cost is a must-have for any player!