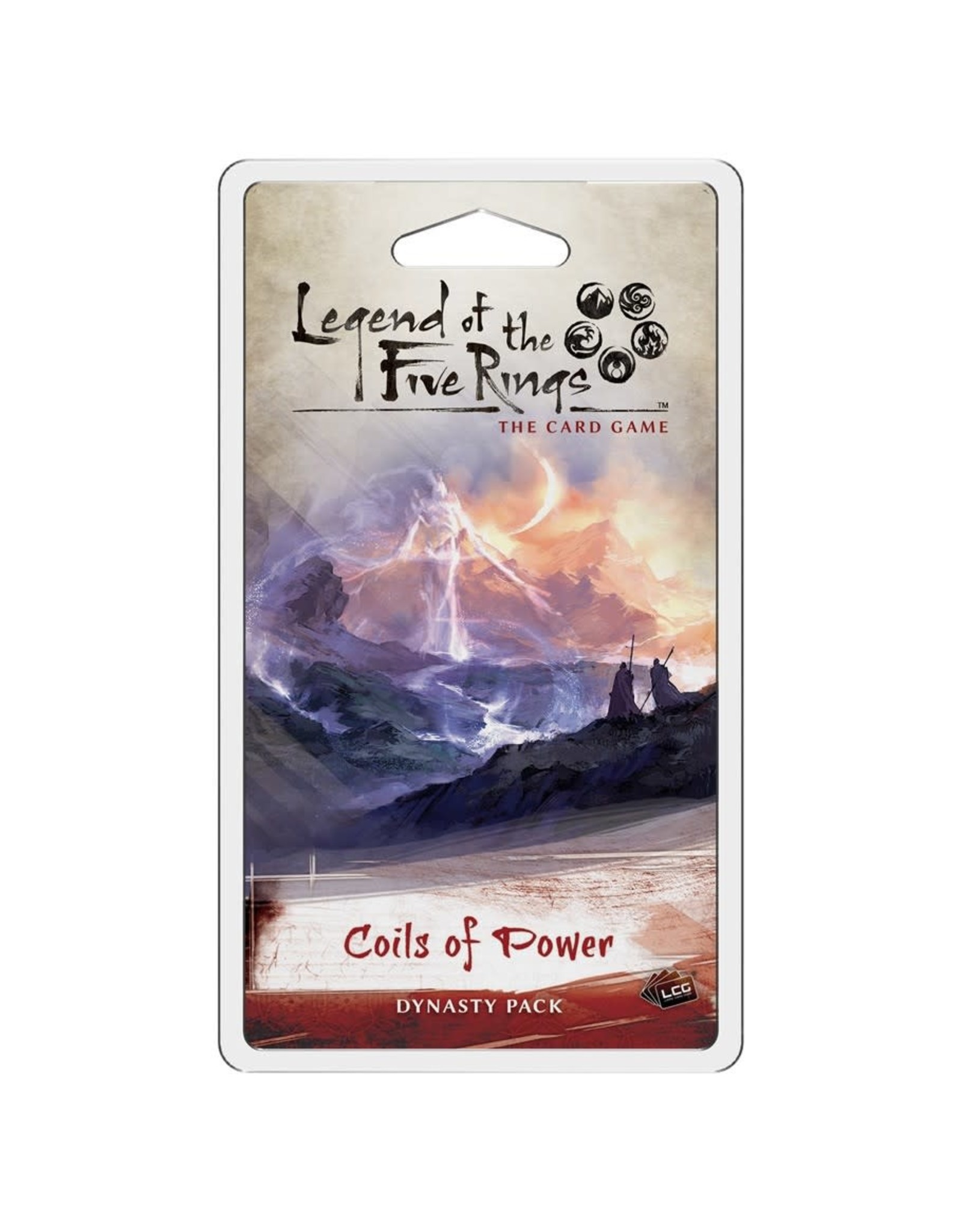 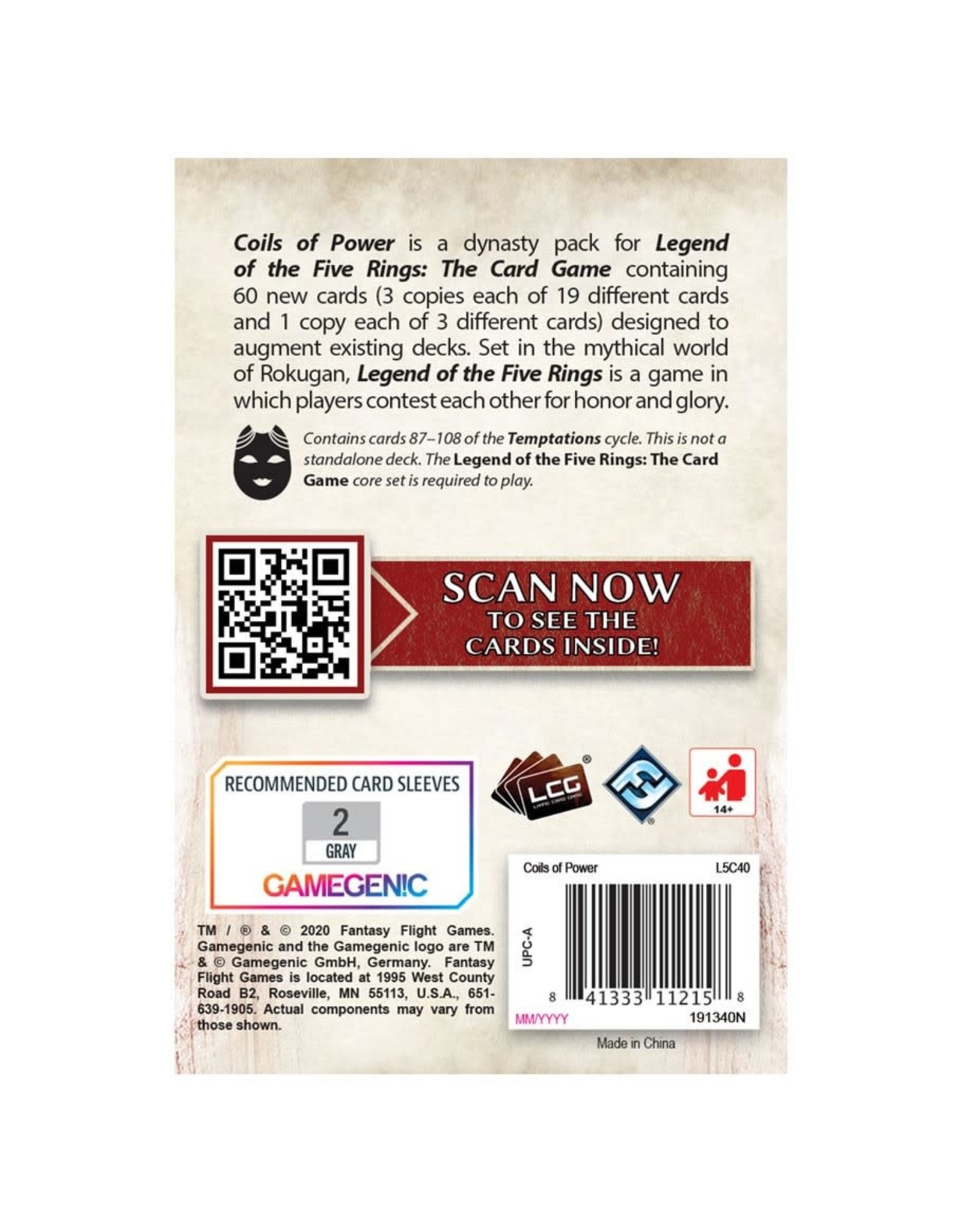 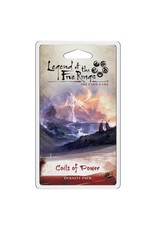 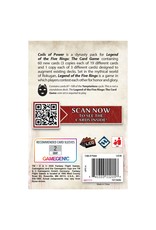 NOTE: THIS PREORDER ITEM IS NOT AVAILABLE TO SHIP OR PICK UP UNTIL RELEASE (estimated release date March 26, 2021.)

The future of Rokugan hangs in the balance with the Temptations cycle for Legend of the Five Rings: The Card Game! As dark forces move throughout Rokugan, every clan is tempted to dabble in the forbidden arts of mahou, which requires fate to be spent from players’ own characters. Hand-in-hand with this comes a new keyword, dire, which triggers when a character has no fate on it.

As with previous cycles, every Dynasty Pack of this cycle offers 60 new cards, with new options for each of the seven Great Clans of Rokugan, split between strongholds, provinces, dynasty deck, and conflict deck.