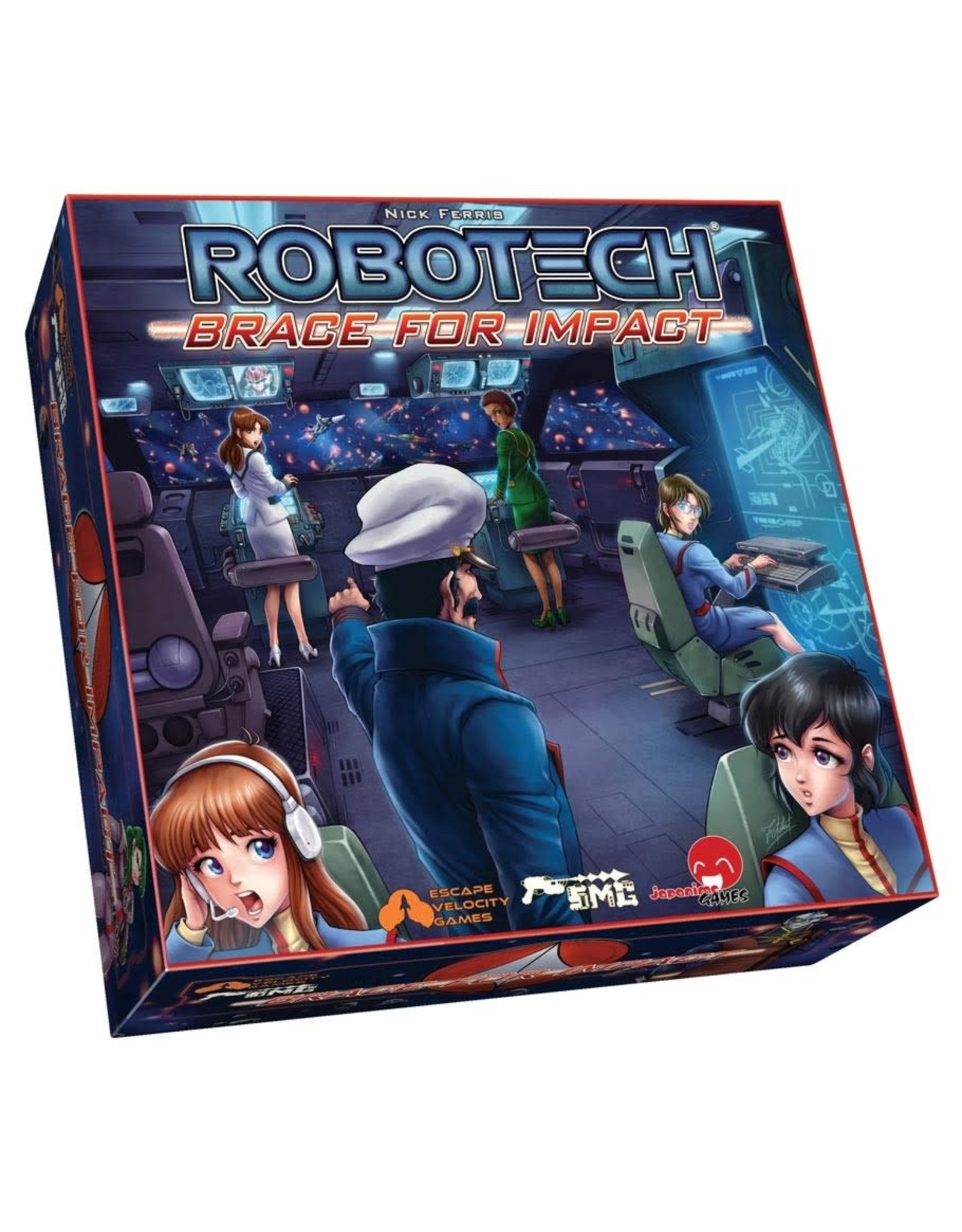 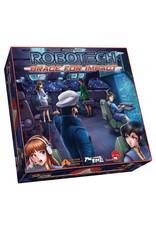 Players are officers aboard the SDF-1 during a Zentraedi attack! After hours of raging battle, the Zentraedi are getting ready for a final assault, the SDF-1’s systems are in ruins, and it’s chaos on the bridge! You will need to band together to fight them off. Report statuses, give commands, and keep the SDF-1 returning fire. Here they come again – BRACE FOR IMPACT!

Robotech: Brace for Impact is a real-time cooperative game that can get a little intense. Players each have a hand of cards representing problems that need to be solved. However, they must work with at least one other crew member to complete their actions. The timer is ticking and players must begin to fix their ship and return fire immediately. At the same time, the Zentraedi player will be using tactics cards from their hand, attacking with their fleet, and trying to take down the SDF-1. Can you survive the final 10 minutes of this intense firefight and save humanity?