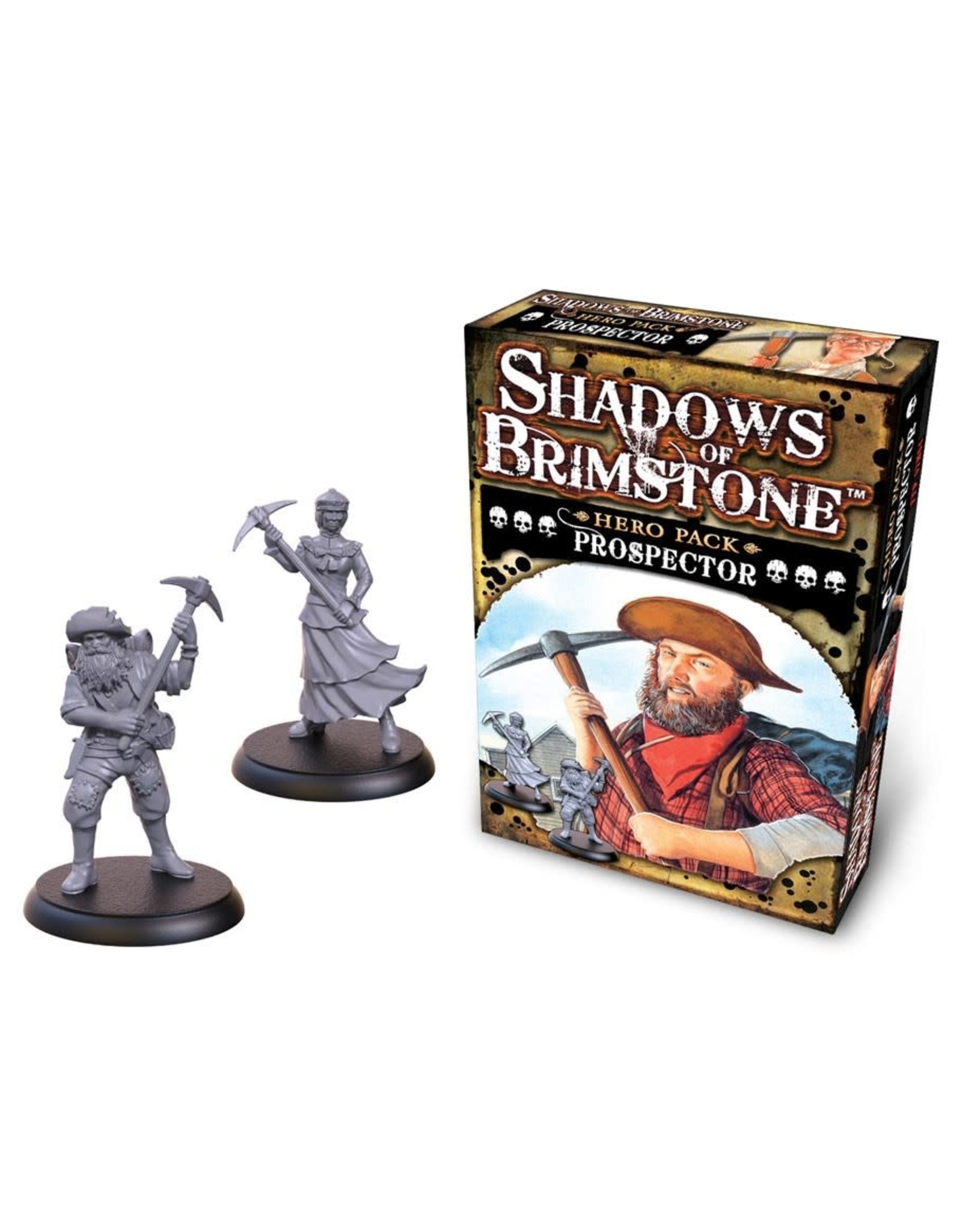 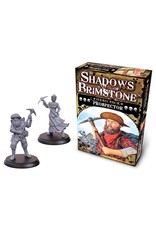 Since before Dark Stone was even discovered in the hills around Brimstone, Prospectors were a common sight around town and out on the trails; mining in the hills and panning for gold in the streams and rivers. When the Dark Stone boom hit, their number multiplied... by the hour. Prospectors from all around flooded the area, looking to get in on a piece of the action. Once the town exploded and the portals started tearing open, most fled in terror. Those that didn't, either had nowhere to go or were too stubborn to let any creatures and demons from some other world steal their claim!

The Prospector is a new Hero Class that can be added to your games of Shadows of Brimstone. A strong close combat fighter that can absorb a lot of damage before being KO'd. The Prospector does have a low Initiative and is too ornery and old fashioned to use Guns or Tech, but they are the best around for collecting up Gold and Dark Stone, with abilities allowing them to earn double the amount found on most occasions!