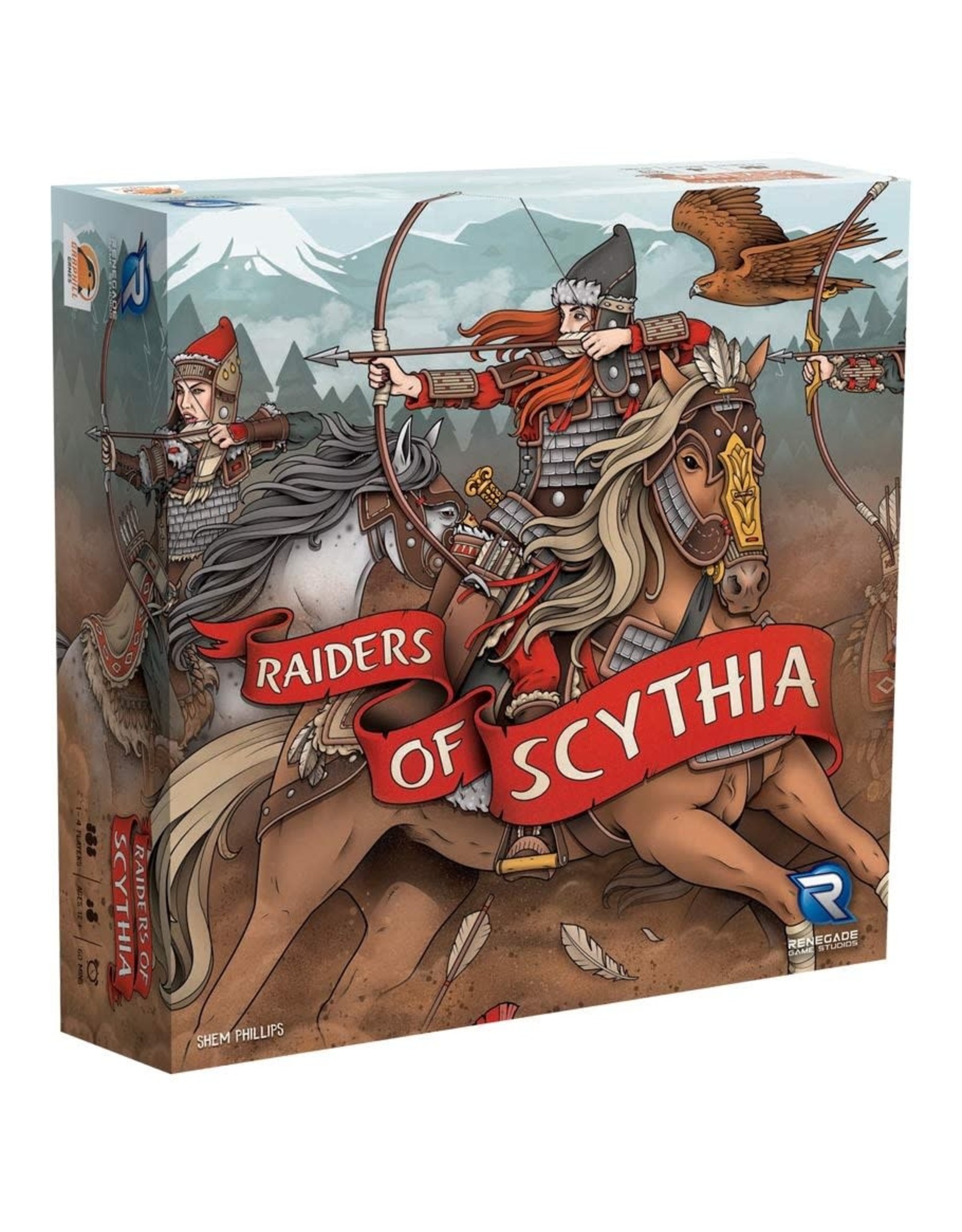 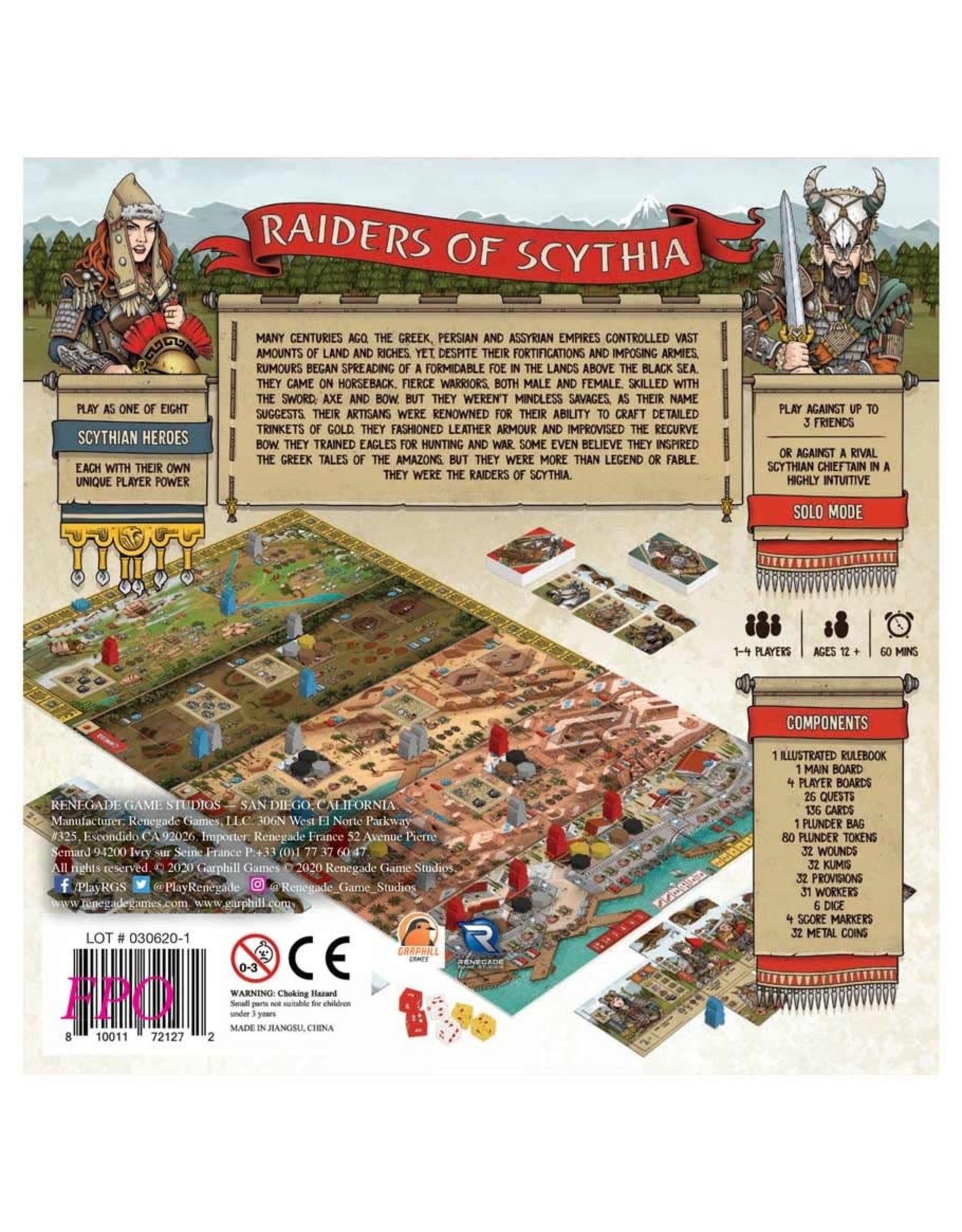 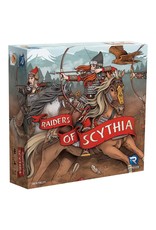 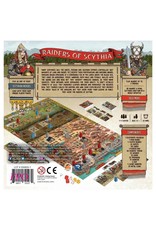 Many centuries ago, the Greek, Persian and Assyrian empires controlled vast amounts of land and riches. Yet, despite their fortifications and imposing armies, rumours began spreading of a formidable foe in the lands above the Black Sea. They came on horseback. Fierce warriors, both male and female. Skilled with the sword, axe and bow. But they weren’t mindless savages. Their artisans were renowned for their ability to craft detailed trinkets of gold. They fashioned leather armour and improvised the recurve bow. They trained eagles for hunting and war. Some even believe they inspired the Greek tales of the Amazons. But they were more than legend or fable. They were the Raiders of Scythia.

The aim of Raiders of Scythia is to be the player with the most Victory Points (VP) at the game’s end. VP are gained by raiding Settlements, taking Plunder and completing Quests. Players will need to assemble a Crew, train Animals and gather Provisions. The game ends when there are only 2 unraided Settlements or 2 Quests remaining on the Main Board.