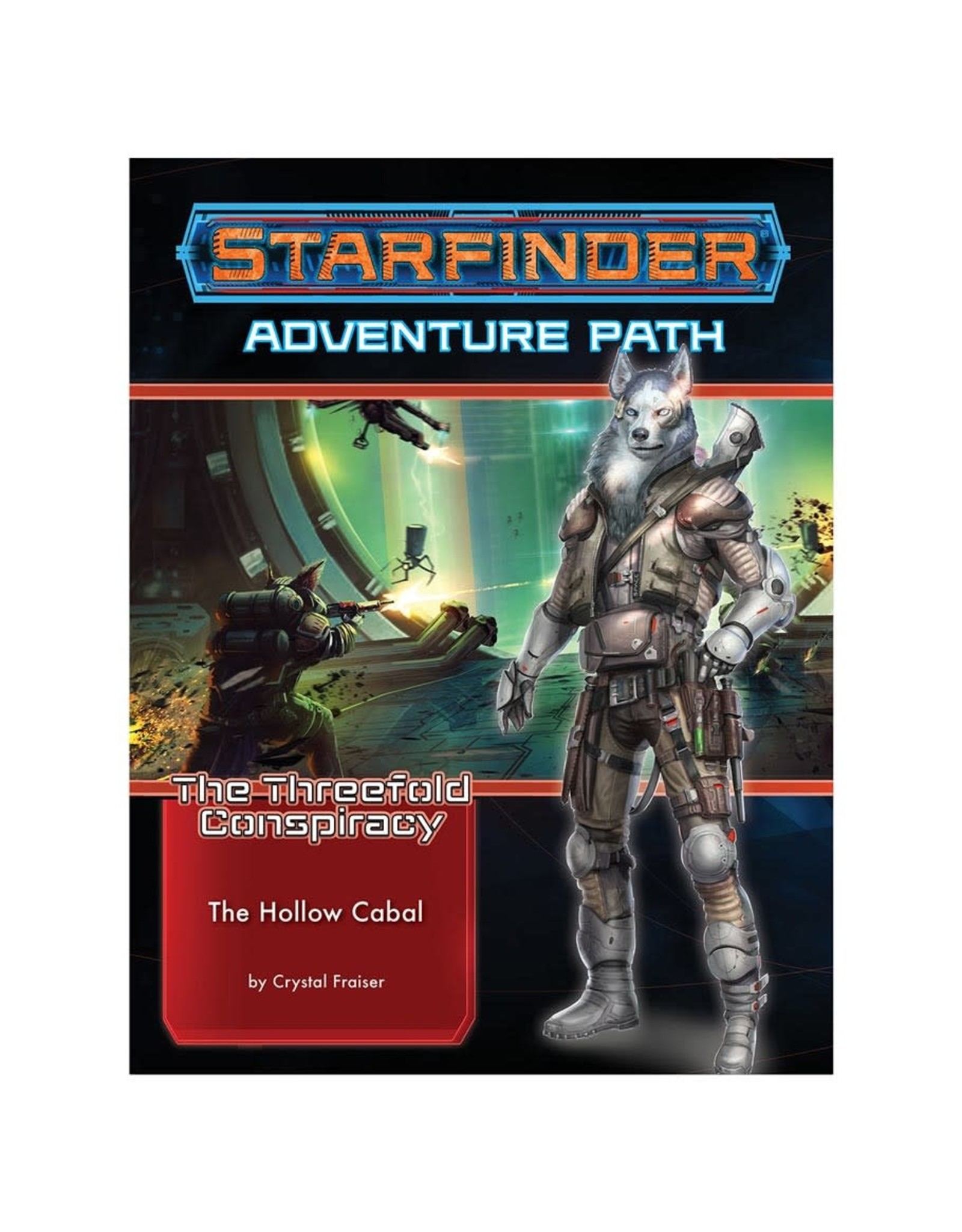 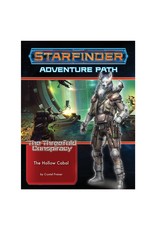 After discovering that a sinister force has infiltrated the Stewards, the heroes travel to the floating bubble city of Roselight, in the clouds of the gas giant Liavara, to warn members of the law-enforcement agency! As the heroes navigate the seedy underbelly of this pristine metropolis, they learn that their enemies are fighting a battle of their own against another malevolent faction of mind-controlling aliens. If the heroes want answers, they will have to figure out who to trust in a time where no one is what they seem!

“The Hollow Cabal” is a Starfinder Roleplaying Game adventure for four 7th-level characters. This adventure continues the Threefold Conspiracy Adventure Path, a six-part, monthly campaign in which the players unravel the machinations of insidious aliens who have infiltrated galactic society. This volume also includes a gazetteer of the affluent city of Roselight and the grungy space station Upwell, an article describing the mysterious fungal dycepskians, and a selection of new and cryptic monsters.

Each monthly full-color softcover Starfinder Adventure Path volume contains a new installment of a series of interconnected science-fantasy quests that together create a fully developed plot of sweeping scale and epic challenges. Each 64-page volume of the Starfinder Adventure Path also contains in-depth articles that detail and expand the Starfinder campaign setting and provide new rules, a host of exciting new monsters and alien races, a new planet to explore and starship to pilot, and more!