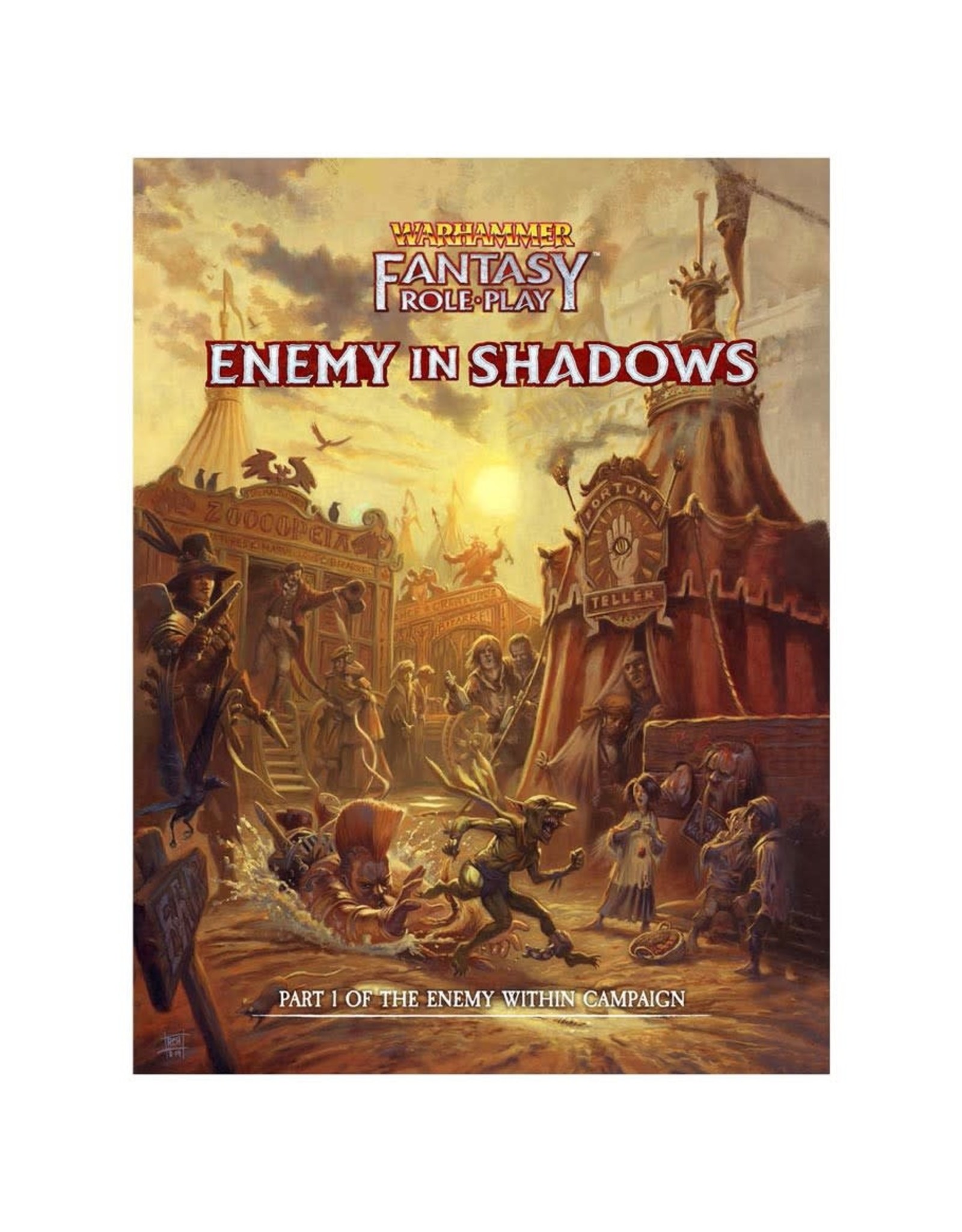 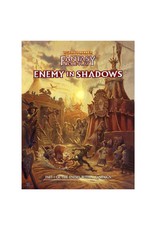 At the appointed time, we shall rise from our secret places and throw down the towns and cities of the Empire. Chaos will cover this land, and we, the Chosen Servants, shall be exalted in HIS eyes. Hail to Tzeentch, Changer of the Ways! Njawrr'thakh 'Lzimbarr Tzeentch!'

Welcome to the revised and updated Director's Cut of one of the most highly regarded roleplaying campaigns ever written! Enemy in Shadows presents the first part of the epic Enemy Within campaign, the sequence of War hammer Fantasy Roleplay adventures that inspired a generation of gamers. So, gather your heroes as you take them from humble beginnings as penniless adventurers to the halls of the great and powerful, where every decision can change the fate of the Empire.

Enemy in Shadows Includes:
- The first two adventures of the Enemy Within campaign: Mistaken Identity, and Shadows over Bogenhafen, both of which are revised and updated by Graeme Davis, legendary WFRP author, and one of the original writers of the campaign.
- A selection of 'Grognard Boxes' that add entirely new ways to play through the adventures, ensuring even those who have played the Enemy Within campaign before will find Enemy in Shadows fresh and new.
- A complete guide to Bogenhafen, one of the most important towns in the Reikland, full of exciting locations to visit and explore.