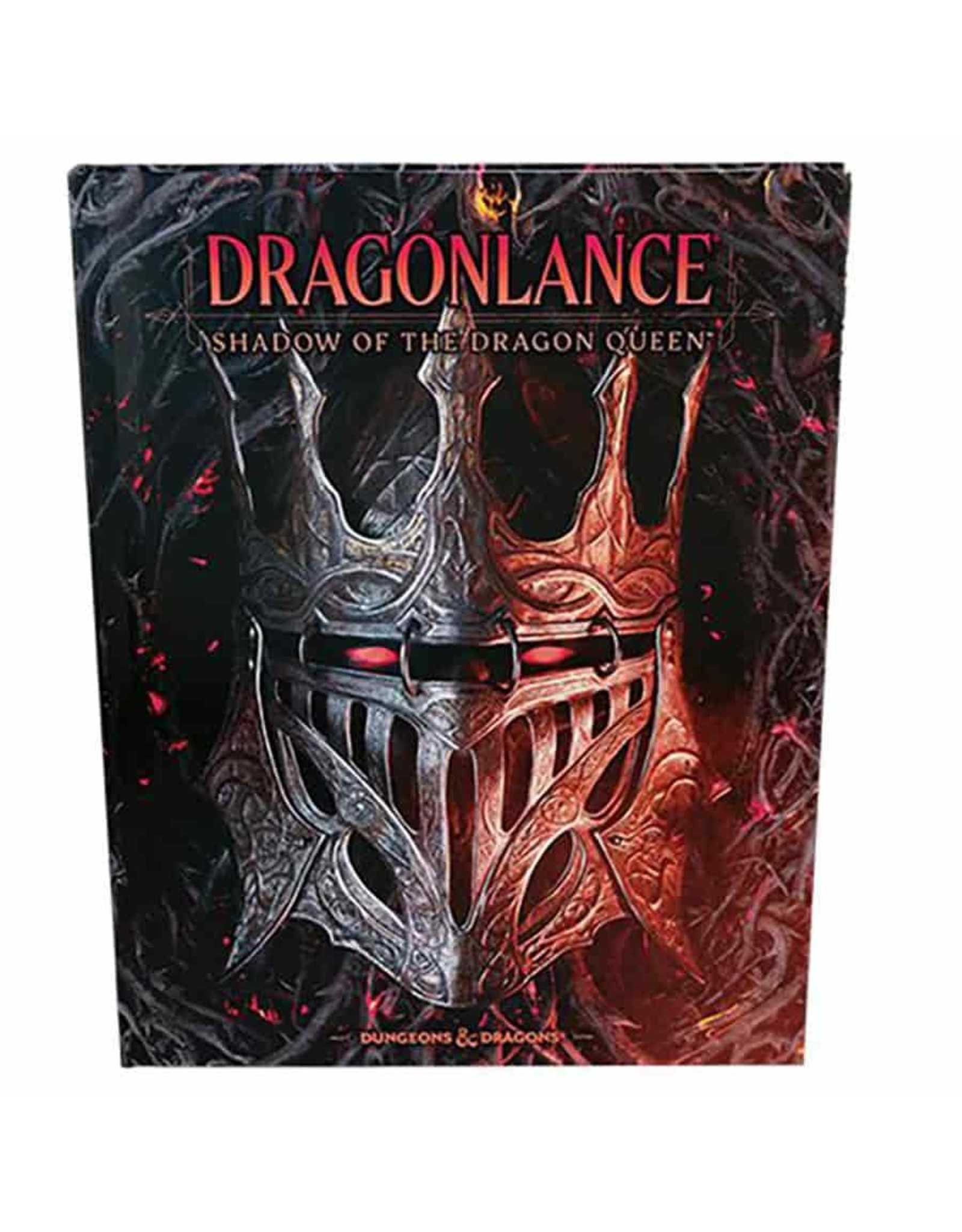 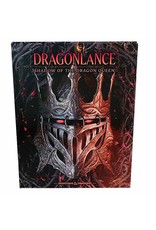 NOTE: THIS PREORDER ITEM IS NOT AVAILABLE TO SHIP OR PICK UP UNTIL RELEASE (estimated release date December 6, 2022.)

An alternative art cover with a distinctive design and soft-touch finish is available exclusively in game stores on December 6th, 2022

Defend the people of Kalaman against seemingly insurmountable odds as Krynn prepares for war. The Dragon Armies are on the march, their ranks swelled by ogres, minotaurs, and humans who seek a share of the spoils, while rumors of the return of the Dark Queen’s dragons swirl among the people.

Experience the Dragon Army’s initial invasion of the land of Solamnia, witness the creation of the infamous flying citadels, and face off against the death knight, Lord Soth.

-Dragonlance: Shadow of the Dragon Queen adventure for characters levels 1–11
-Introduces the Dragonlance setting to 5th edition D&D with a focus on the legendary War of the Lance
-Experience mass battlefield play with the option to enhance 6 encounters by playing connected scenarios in the Warriors of Krynn board game that alter the course of your adventure (board game sold in the Deluxe Edition)
-Face off against the infamous death knight Lord Soth and his army of draconians
-Includes character options at home in the Dragonlance setting, including the kender race, feats, backgrounds, and a subclass focused on Tower of High Sorcery magic-users
-Book comes with a poster map of the continent of Ansalon and the Kalaman theater of war