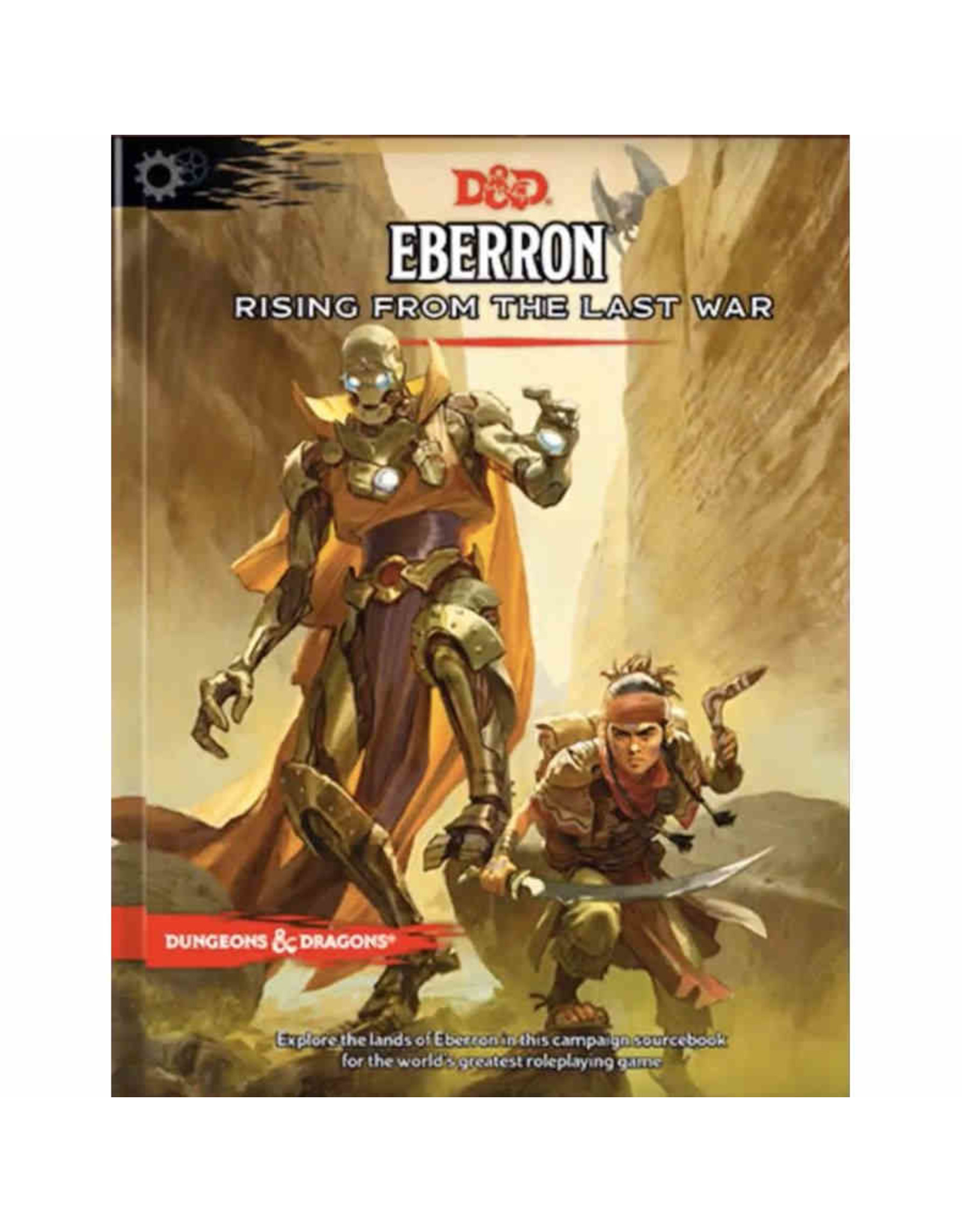 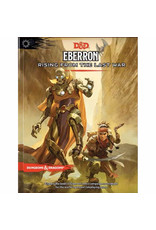 This book provides everything players and Dungeon Masters need to play Dungeons & Dragons in Eberron - a war-torn world filled with magic-fueled technology, airships and lightning trains, where noir-inspired mystery meets swashbuckling adventure. Will Eberron enter a prosperous new age or will the shadow of war descend once again?

• Dive straight into your pulp adventures with easy-to-use locations, complete with maps of floating castles, skyscrapers, and more.
• Explore Sharn, a city of skyscrapers, airships, and noirish intrigue and a crossroads for the world’s war-ravaged peoples.
• Include a campaign for characters venturing into the Mournland, a mist-cloaked, corpse-littered land twisted by magic.
• Meld magic and invention to craft objects of wonder as an artificer - the first official class to be released for fifth edition D&D since the Player’s Handbook.
• Flesh out your characters with a new D&D game element called a group patron - a background for your whole party.
• Explore 16 new race/subrace options including dragonmarks, which magically transform certain members of the races in the Player’s Handbook.
• Confront horrific monsters born from the world’s devastating wars.