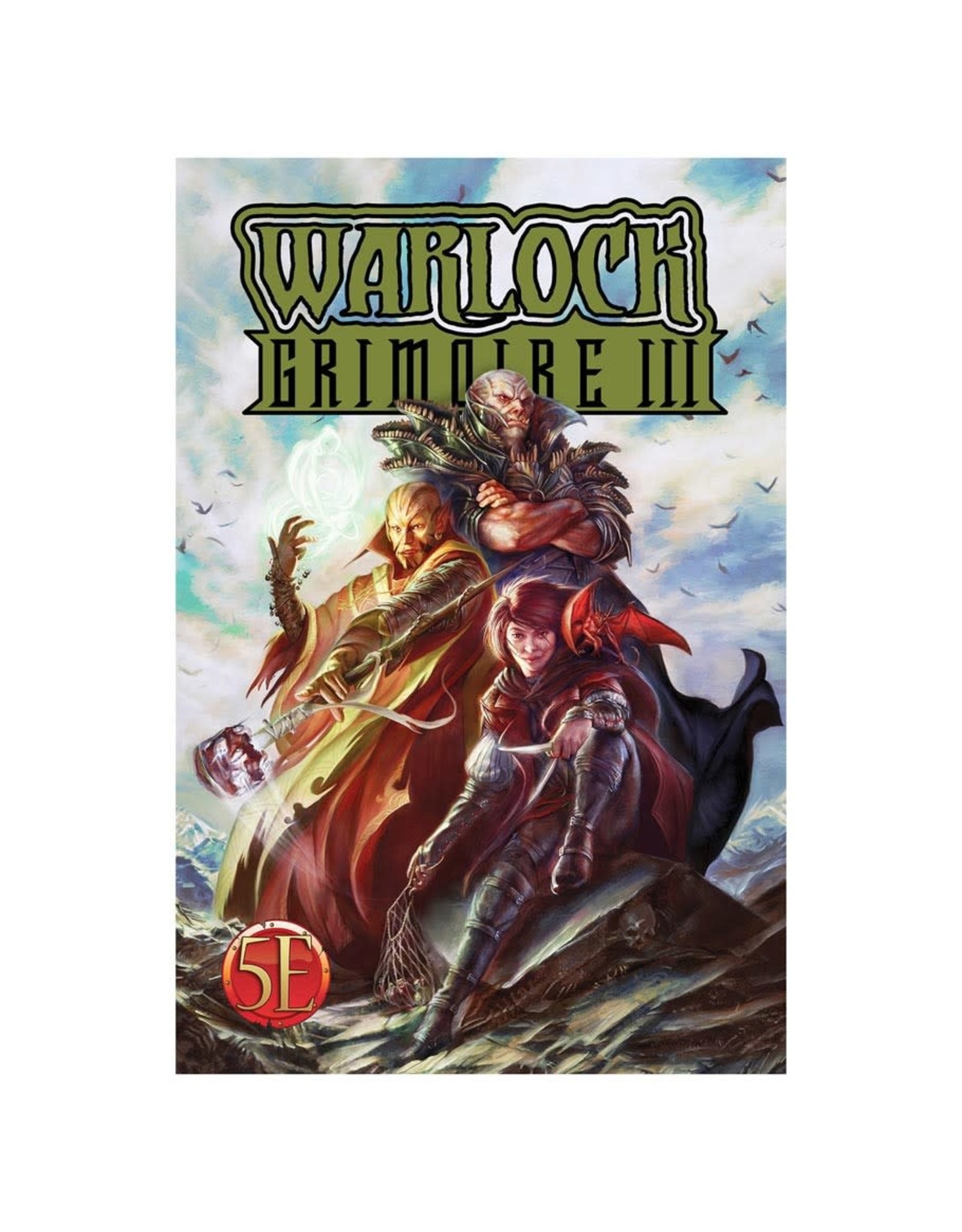 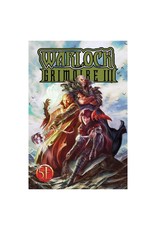 Within these dusty pages, uncover the secrets of the world—indeed, of the branches of the multiverse! Collected here are entire lost volumes of esoteric truths: the Warlock Grimoire 3.

Inside, find revelations and testimonials on monsters, magic, locales, and lore of Midgard:
The life and times of the noble bearfolk, their Bear Maiden and their honey axes
Mysteries of the quizzical ravenfolk, steeped in magic and myth
Dangerous secrets kept by the druids, from dark trinkets to hidden circles
Weird and quirky truths, from the Astral moons to the odd weather of the Wastes
Details and history of the village of Redtower, ever in the shadow of the Scarlet Citadel
Wondrous and mysterious locales of the Southlands, where adventure is abundant
Sites of legend, their secrets uncovered, from the interplanar Stross Library to Terminus Island at the very edge of the world
Mind-bending options for dungeons and new perspectives on their design and integration
Rumors of the Dragon Empire and insights into just what the dragons are hiding
Plus new subclasses, backgrounds, spells, magic items, monsters, and more!

Warlock Grimoire 3 presents the content from issues 20–28 of Warlock and includes the Warlock Guide to the Planes, answering secrets of the multiverse—and raising many more.
Uncover dark truths about the Midgard campaign setting or for worlds of your own creation!