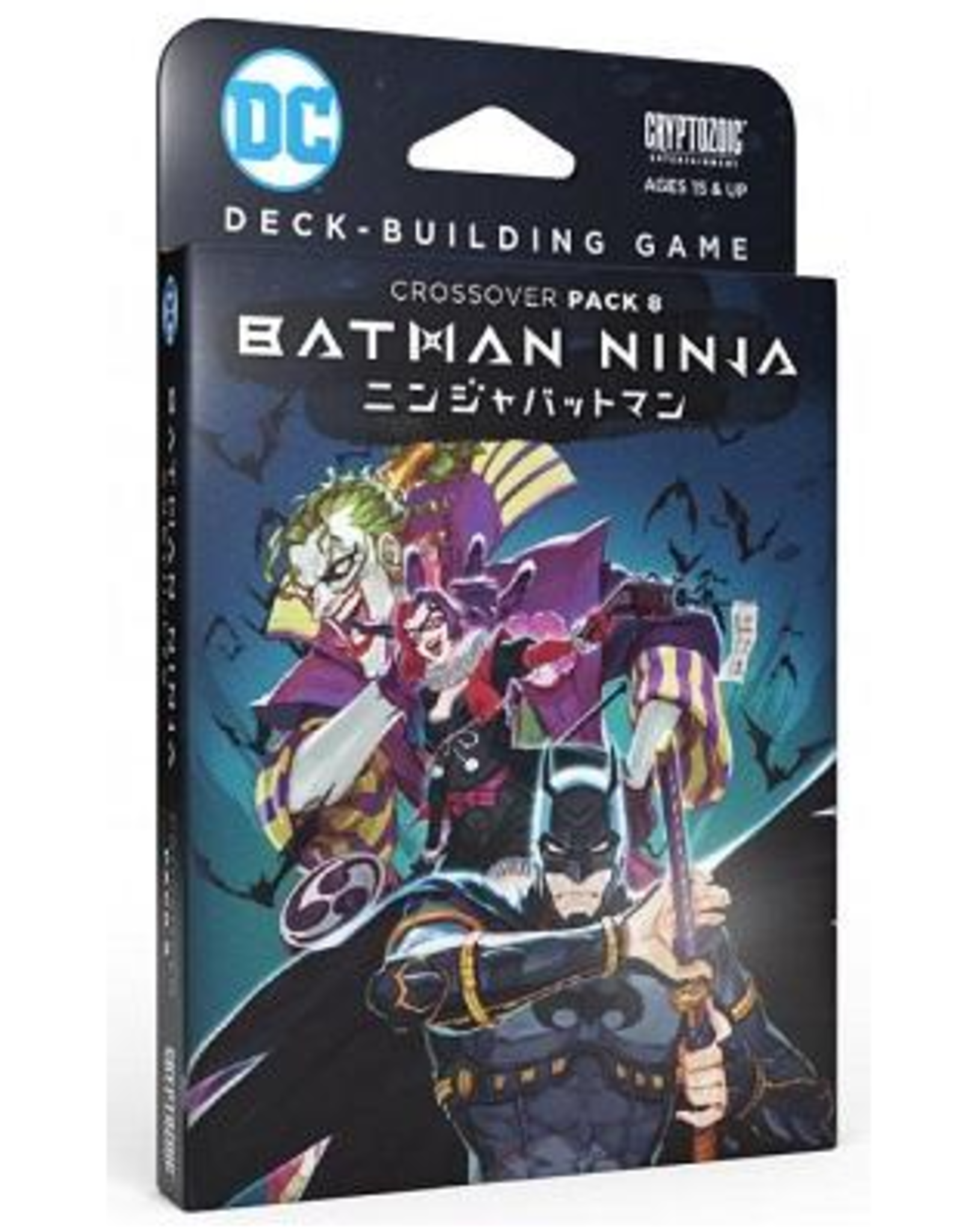 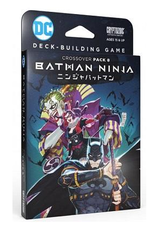 Based on the Batman Ninja animated feature, this expansion for the DC Deck-Building Game takes place in feudal Japan and lets players become Batman, Catwoman, Robin, Red Robin, Red Hood, and Nightwing.The Super-Villains (The Joker, The Penguin, Poison Ivy, Deathstroke, and Two-Face) are the daimyos who battle from within giant castles that come to life. When the fifth one has been defeated, the five castles merge to become one final titanic challenge. The card backs of the Super-Villains each form a portion of the giant merged castle, with The Joker’s head at the top.