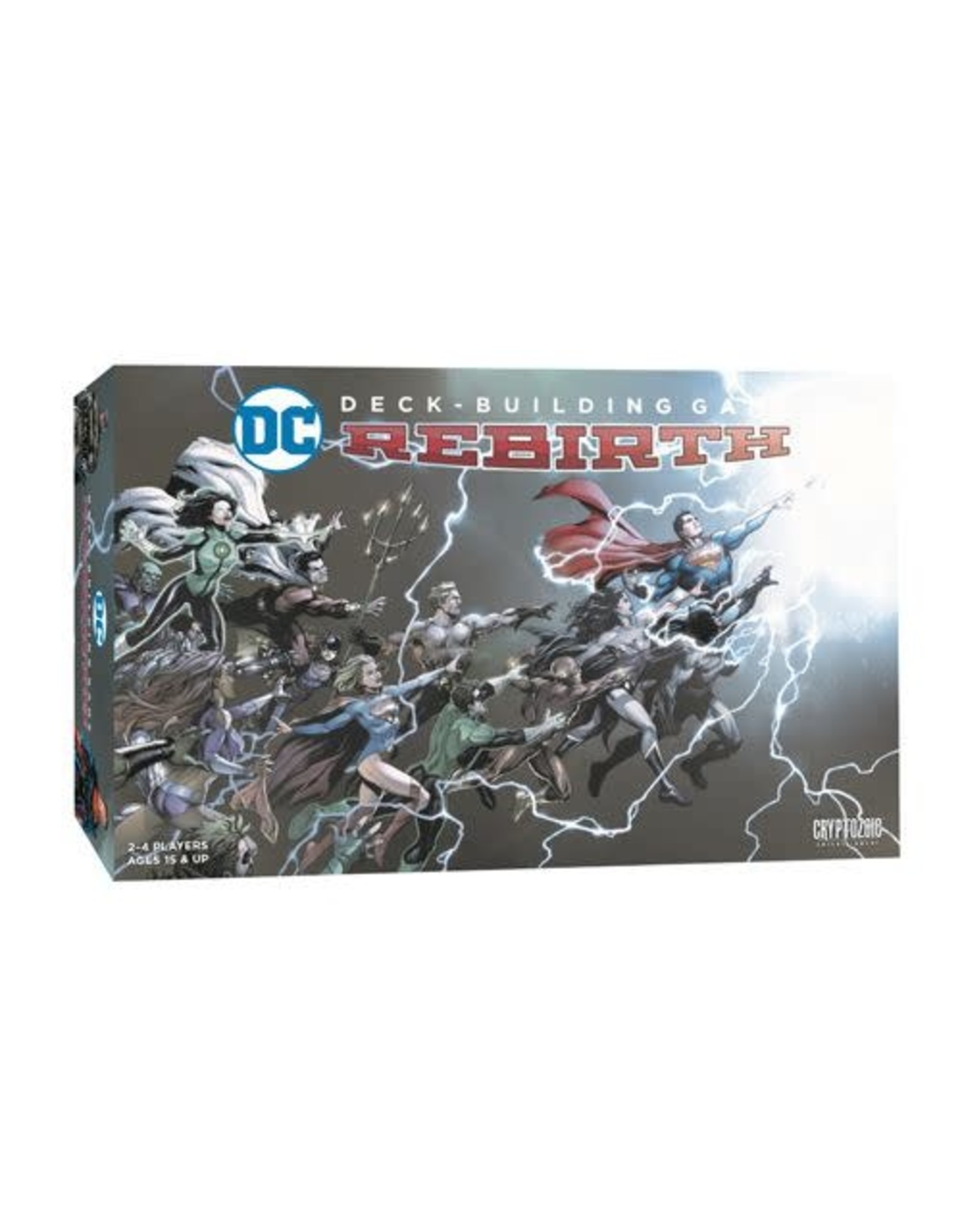 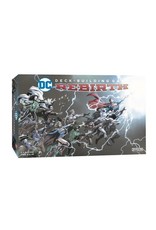 Batman, Superman, and Wonder Woman return alongside The Flash, Cyborg, and Aquaman in this new and different DC Deck-Building Game release. Rounding out the roster of the Rebirth Justice League are not one, but two new Green Lanterns: Simon Baz and Jessica Cruz. All 8 have a Mighty Meeples wooden figure that comes in the box! Move your Super Hero around a cityscape that changes every time you play. The city locations act like a board and give a sense of space to the game. Stop Villains from getting to key locations or they’ll unleash havoc!

Compete for bragging rights against your fellow Super Heroes or work together as a team to defeat the Super-Villains before the Threat Meter maxes out. That’s right: The game features both competitive and cooperative modes right from the start! Either way you play, Villains don’t go into your deck when defeated, but instead grant a one-time Reward. In competitive play, Villains you defeat still earn you Victory Points and they go under your Super Hero. You can even use them to bribe your rivals for various favors!