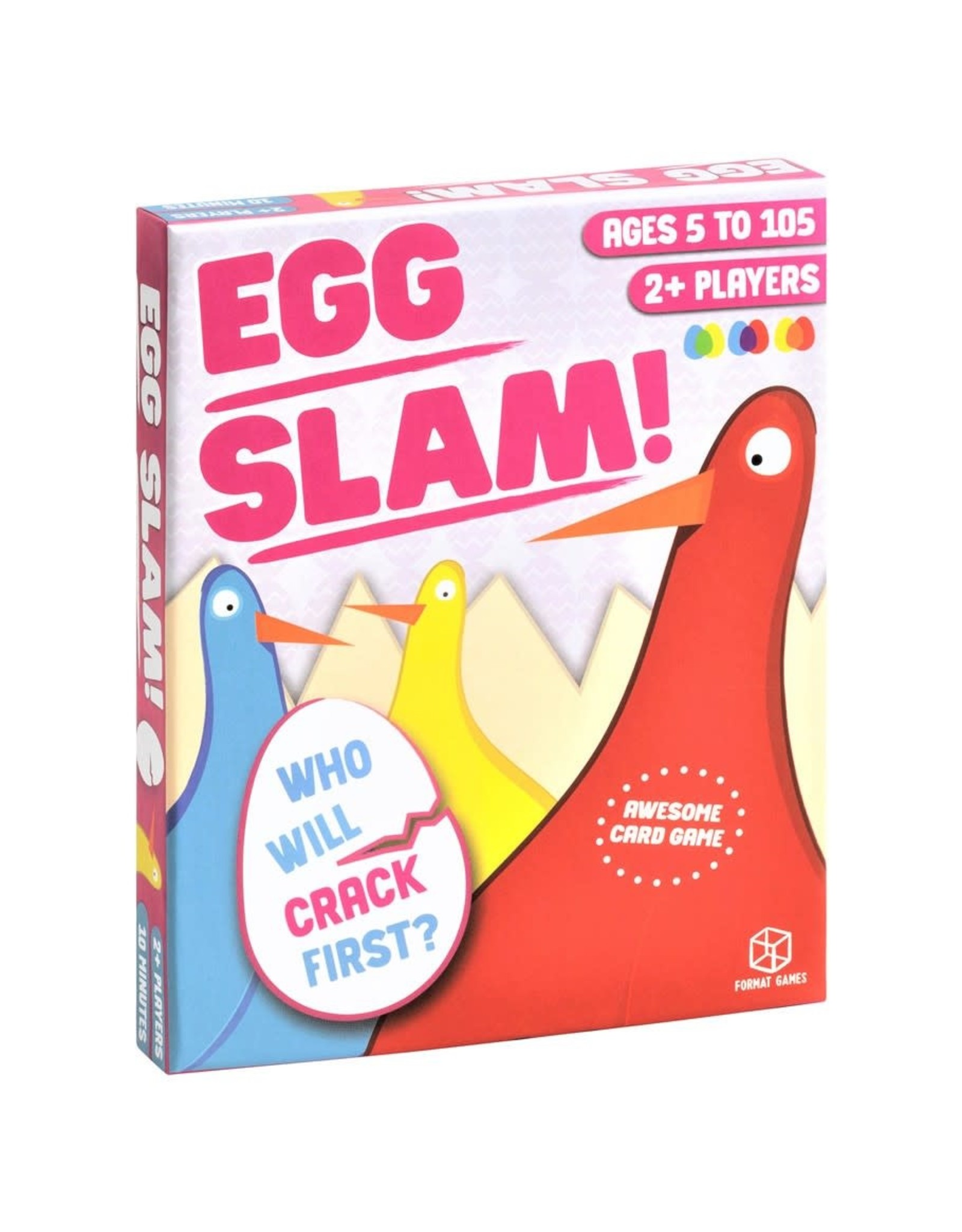 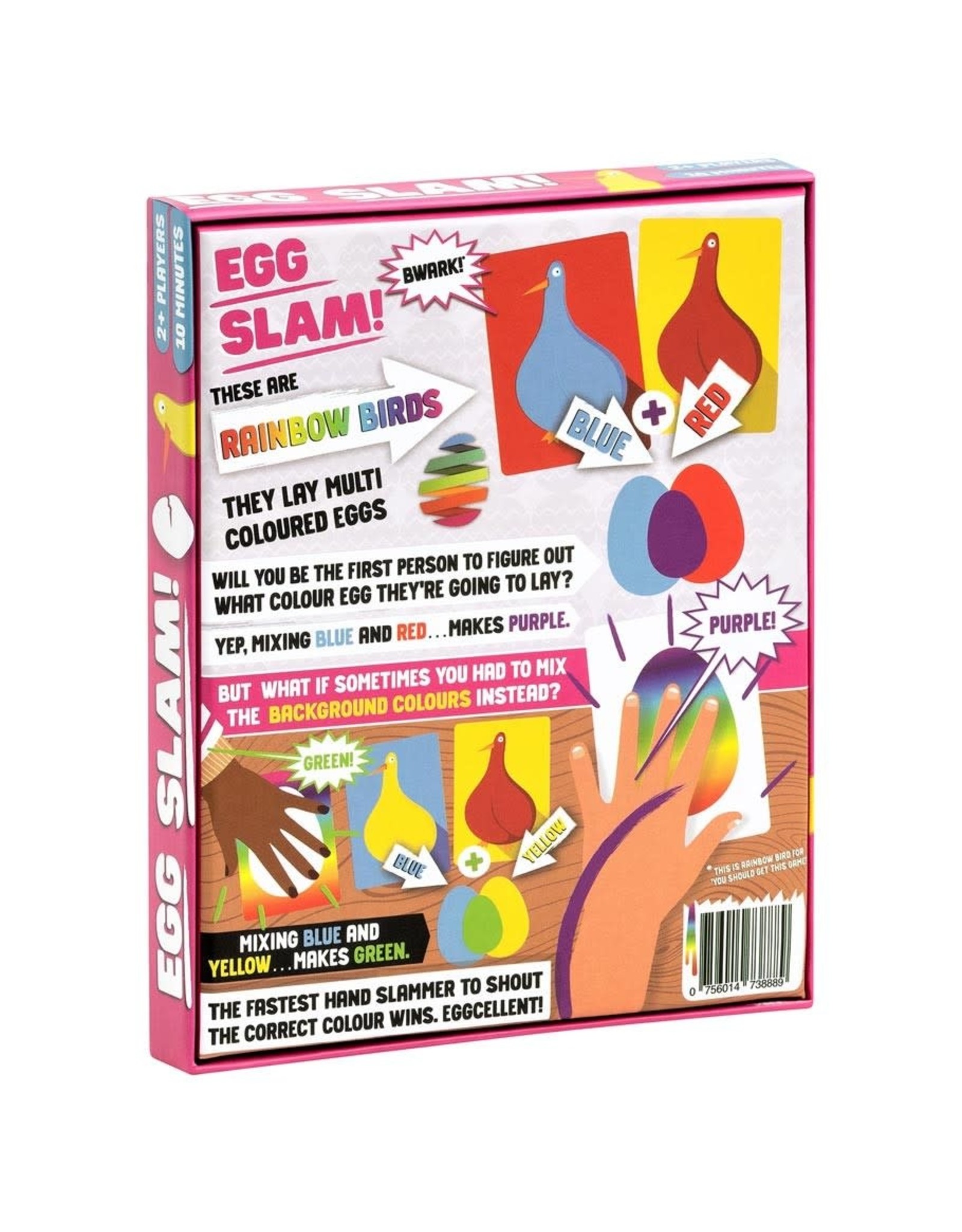 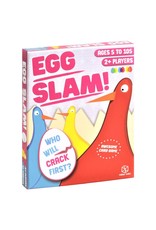 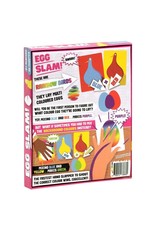 Egg Slam is a fun, silly, fast paced colour-mixing family game in which players race to call out the colours of eggs laid by the Rainbow Birds.

The stocking-filler-sized card game was co-created by Matt’s five-year-old daughter Ivy, who was mixing paints and was amazed to discover that blue and red combined to make PURPLE! She and her Dad then set about turning the fun of mixing colours into a game.
Having played it together every day over several months they decided it was time to share the fun of the Rainbow Birds with the rest of the world…

The game features colourful eggs and birds; it’s a fastaction game of colour mixing and matching for kids of all ages. Like Snap, but better.