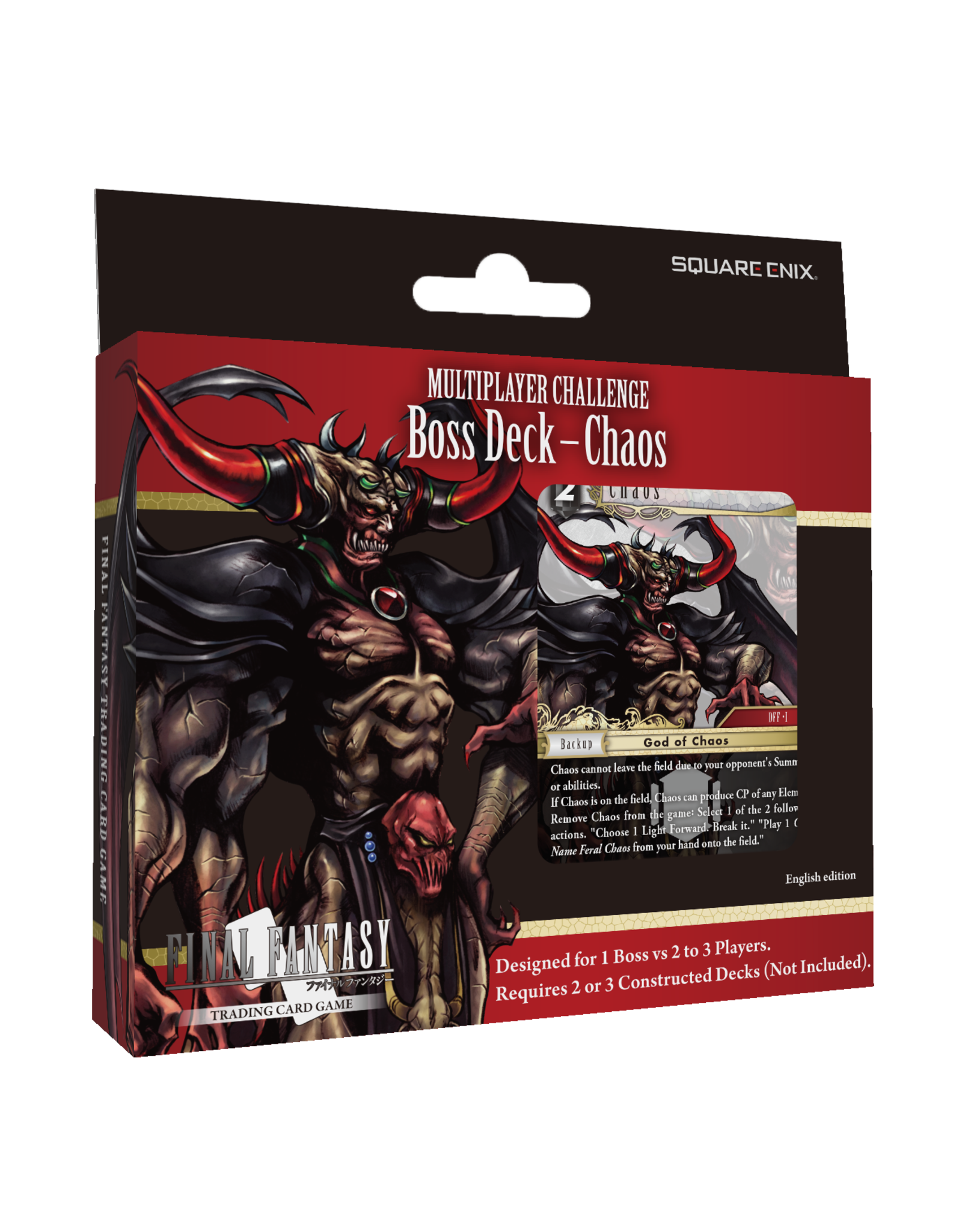 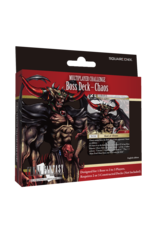 “MULTIPLAYER CHALLENGE: Boss Deck - Chaos” is a pre-constructed 80-card deck to be played as the “boss deck” during a Boss Fight.

There are many cards included in the deck, such as The Emperor, or Cloud of Darkness – boss characters who appeared throughout the FINAL FANTASY series – with powerful new abilities, to be used specifically for Boss Fights.

For more information about the Boss Fight format, check out the official FFTCG site at: https://fftcg.square-enix-games.com/en/news/new-product-info-boss-deck-chaos

*Sephiroth [7-034L] is a Premium Full Art card, while the others are standard cards.