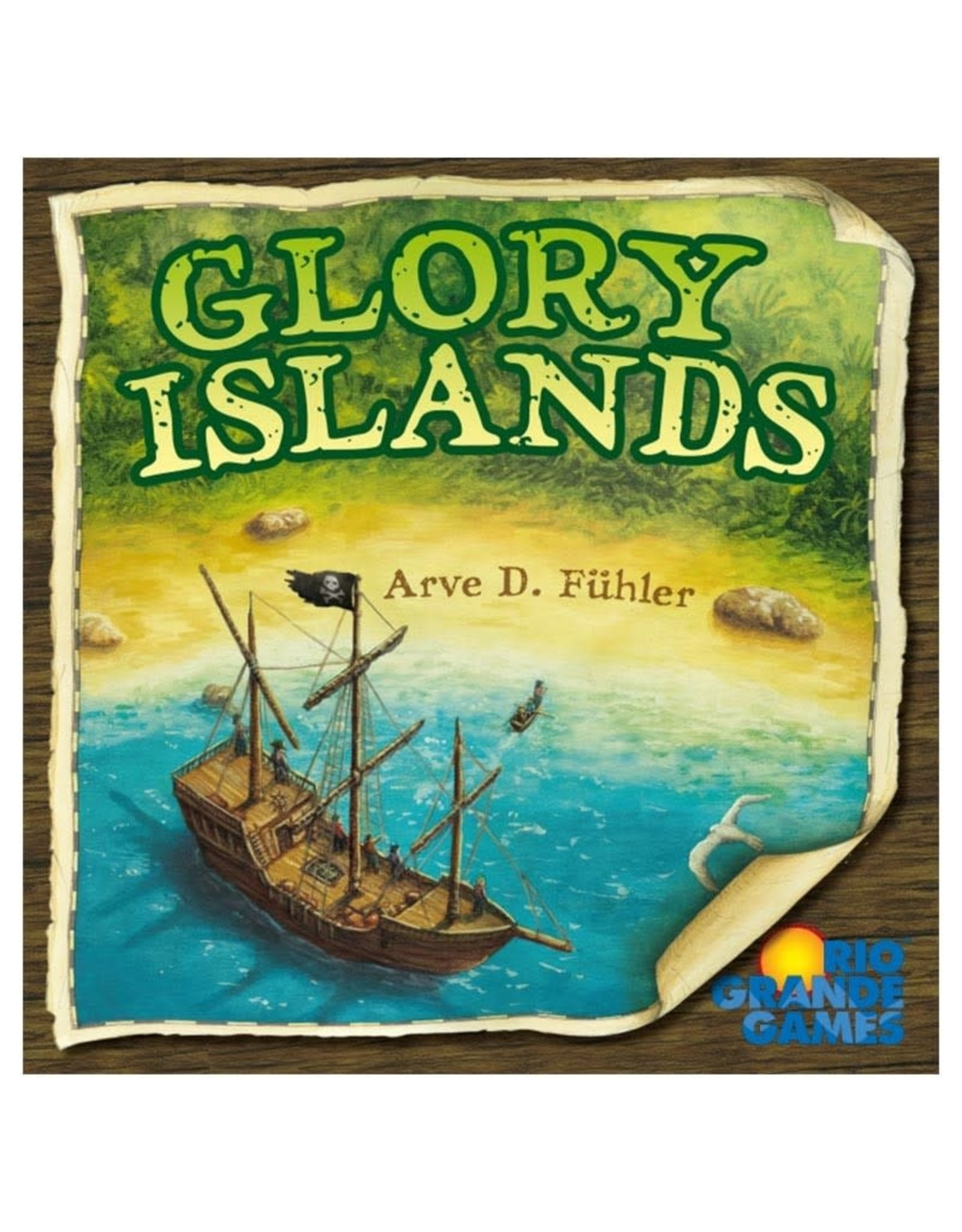 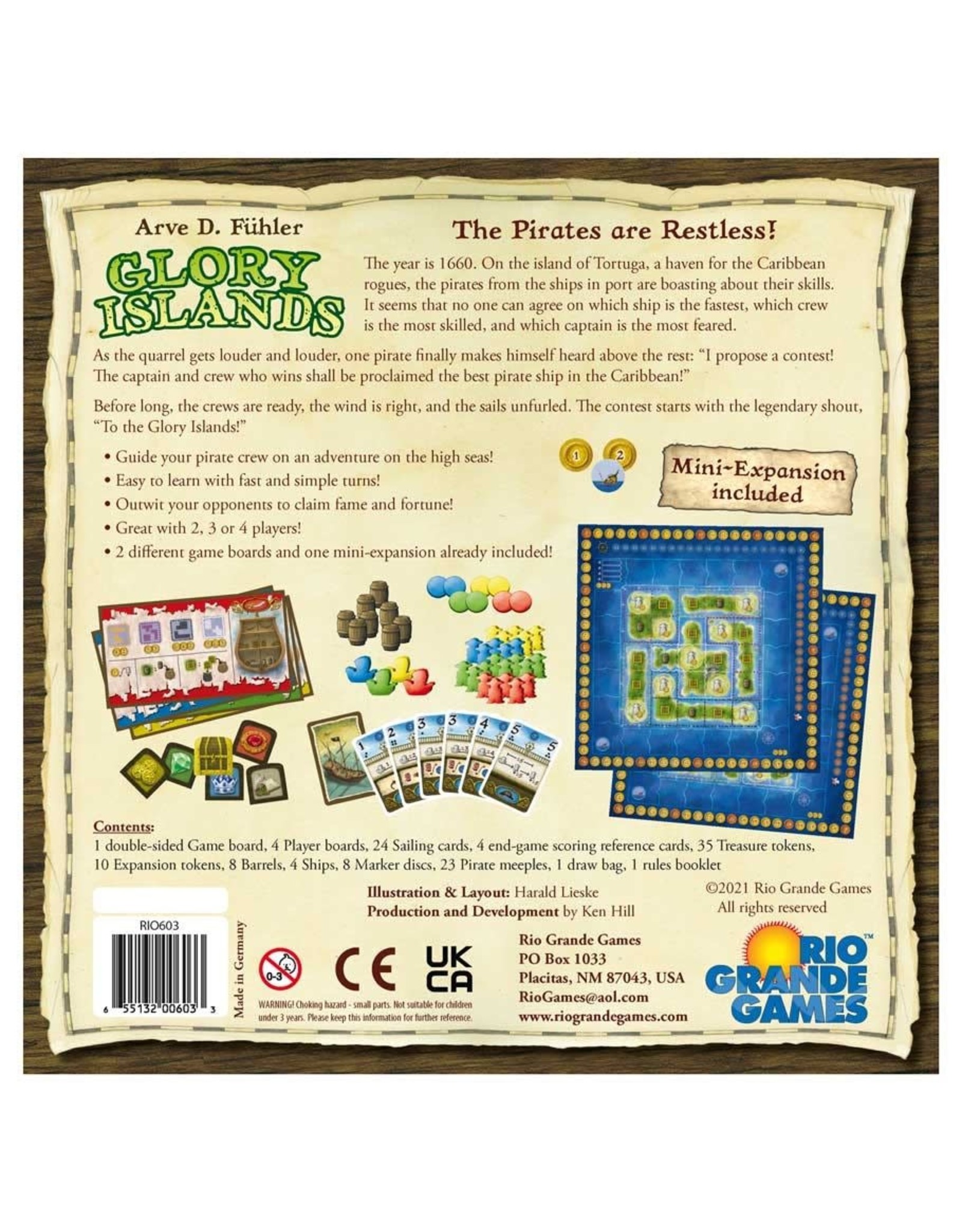 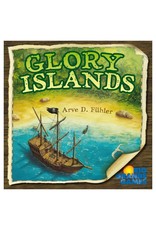 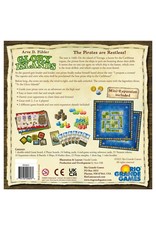 The year is 1660. On the island of Tortuga, a haven for Caribbean rogues, the pirates from the ships in port are boasting about their skills. It seems that no one can agree on which ship is the fastest, which crew is the most skilled, and which captain is the most feared.

Glory Islands is played over a series of rounds in which players simultaneously play sailing cards from their hands. The card values define the turn order, how far ships can move on the board, and where a player’s pirates may be placed on the board. When pirates occupy all the spaces on an island, the player with the most pirates on that island will gain the most glory. The player with the most glory at the end of the game is the winner!