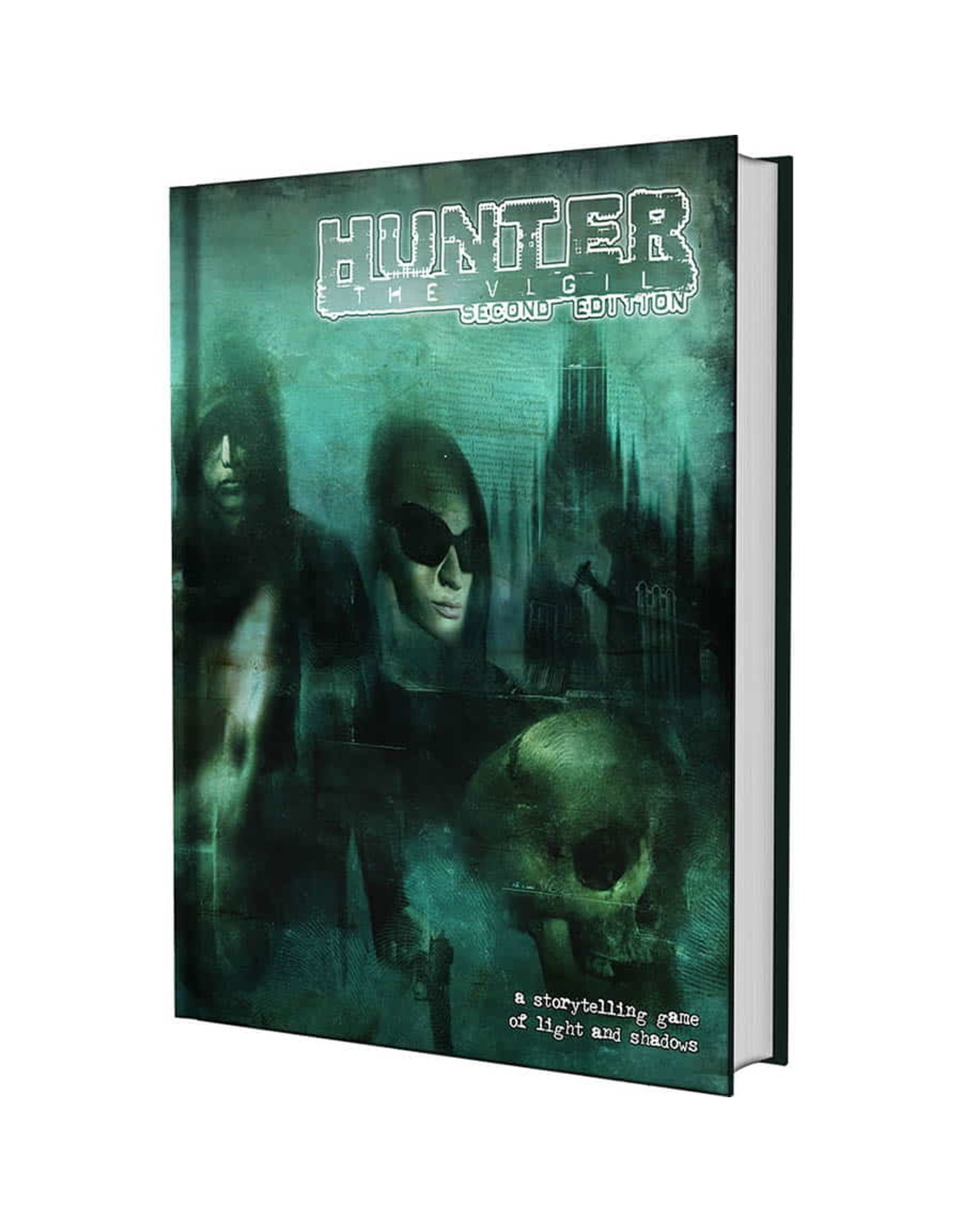 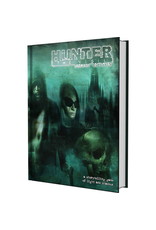 You’ve stumbled into shadows. You know what lurks in darkness. There are more monsters tonight than ever before. It’s time to fight back. Hunter: The Vigil Second Edition is a standalone game that can be played by new or existing players. The lore has been updated to not only reflect the uptick in monsters, but also the fact that hunting monsters is not exclusive to a location, group of people, or time period. There may be more monsters than ever before, but now there are more ways to fight them, too.

In Hunter: The Vigil, anyone can be a hunter — provided you are committed to the hunt. It is a game of personal horror and sacrifice that tests relationships and encourages teamwork within a cell, compact, or conspiracy. Hunter: The Vigil Second Edition includes: A core set of rules and three options for gameplay for new or existing players. This game includes: Overview of a hunter’s world and lore, the types of hunters you can play, and three separate tiers of gameplay. Six compacts and six conspiracies with Endowments for tiered play. Character creation, rules to hunt, equipment, Tilts, and Conditions. Monster creation and locations where to hunt the strange and unexplained. The Slasher Chronicle, Storyteller advice, and more!