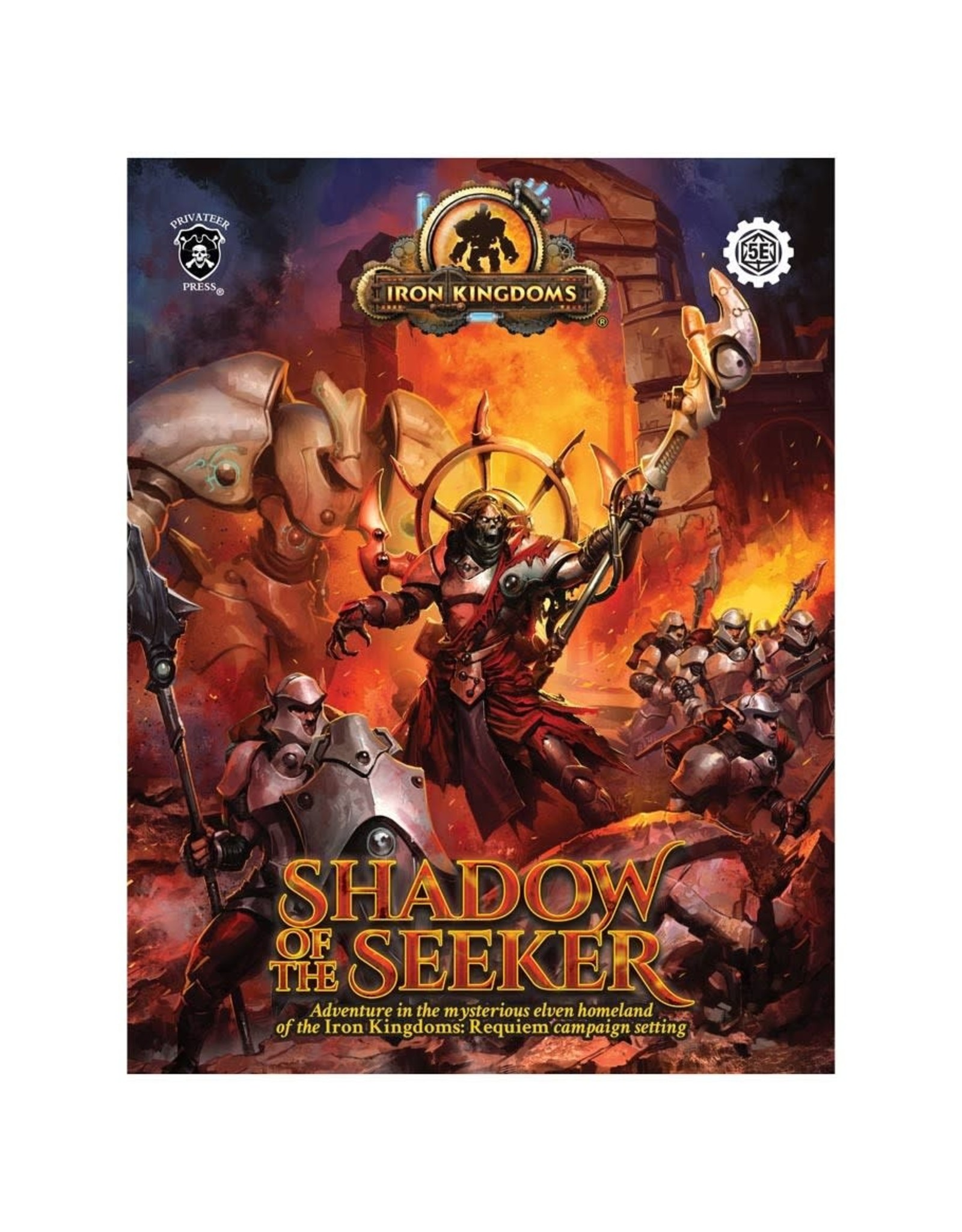 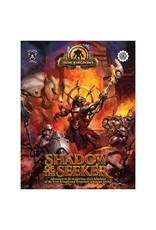 Once you've gathered a band of daring adventurers willing to face the perils of the borderlands, prepare to lead them into mist-shrouded Ios in Shadow of the Seeker, where the party will uncover a sinister plot by a corrupted Iosan who once sought to save his ailing gods but now seeks to replace them.

This adventure takes a group of 1st-level characters from the mountain home of the dwarves in Rhul into the misty forests of Ios, the elven homeland.
- The first Iron Kingdoms adventure to be set in the mysterious land of Ios.
- Filled with mysterious locations and strange encounters with the creatures of the twilight forest.
- A story that spans multiple cities where the characters must race to stop the mad ambition of a corrupt Iosan bent on replacing his dead gods.