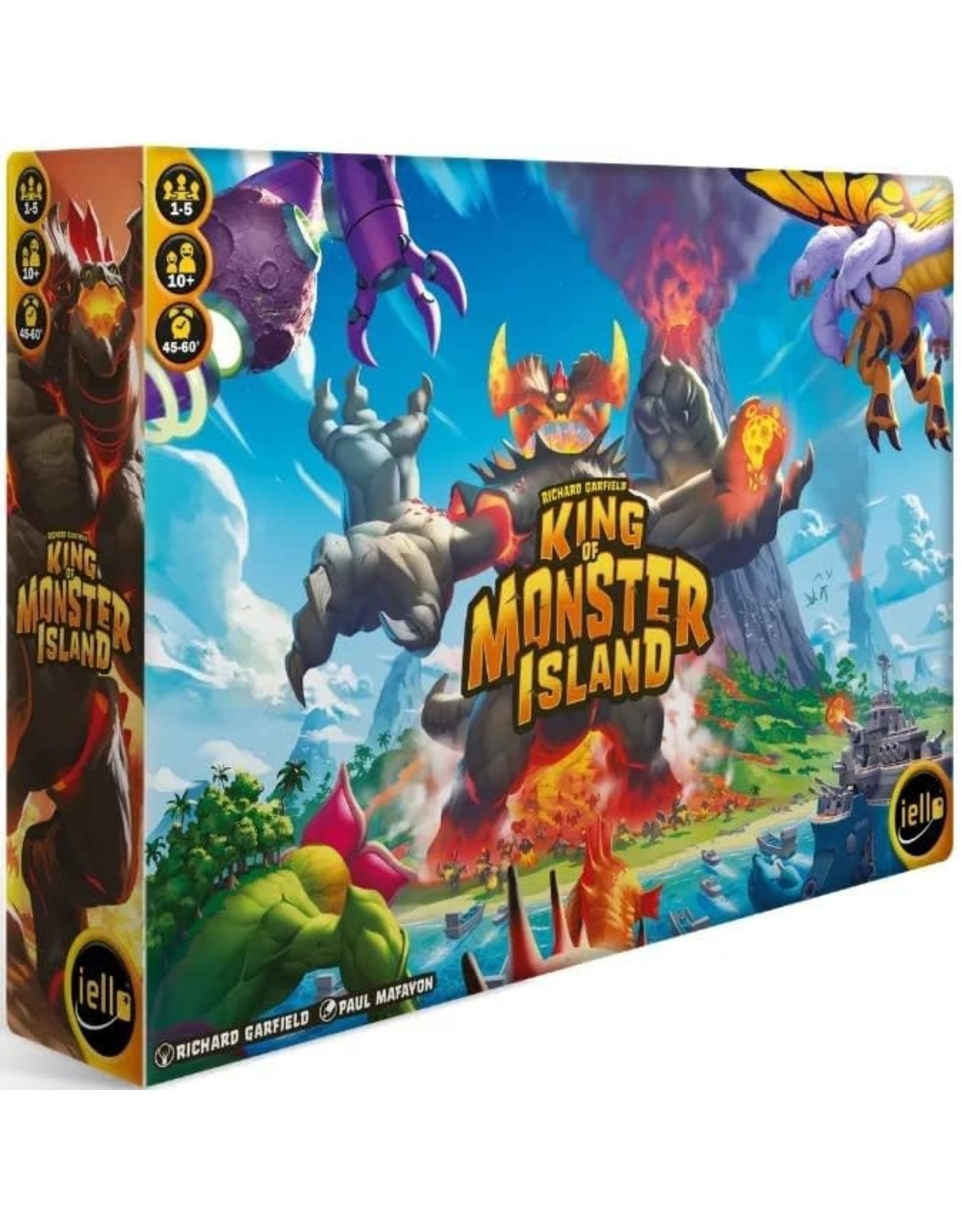 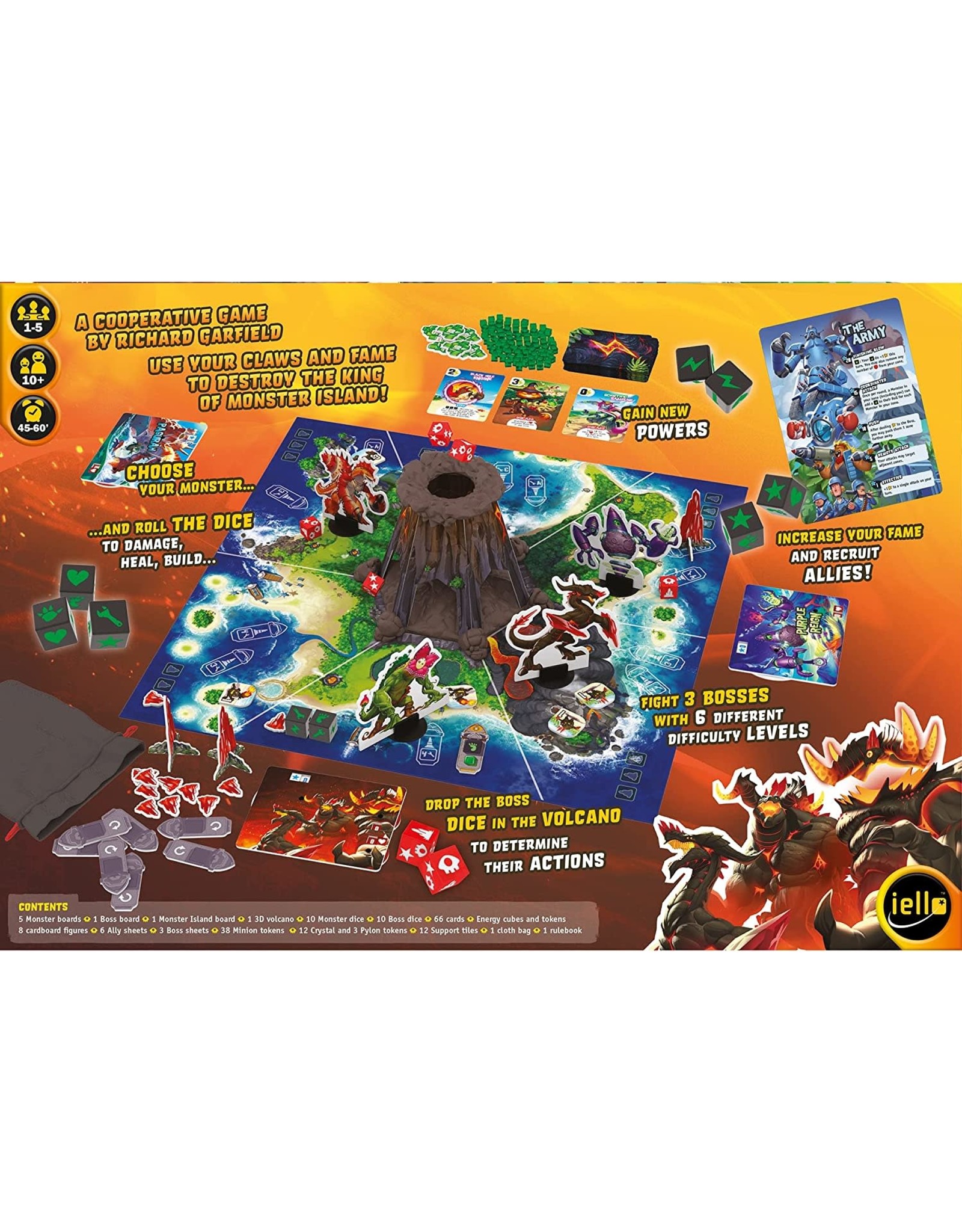 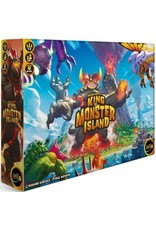 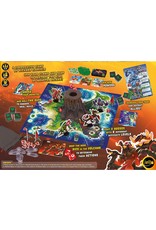 A new King of Game rises: King of Monster Island

We have detected irregular movement on the Monster Island. The volcano is erupting like never before. Monsters from all around the world are gathering on the Island, what is happening? They don’t even fight each other anymore!
Because a greater menace is lurking. Something big enough to threaten every monster and make them fight together against the same enemy…

Was this in the script? Wait… Is this a cooperative King of game?

In King of Monster Island, players will play as giant monsters who must work together to defeat a titan-like Boss before it finishes building an interdimensional portal. Each turn, players will roll dice to damage other monsters, heal themselves, gain energy and buy cards, move around the island, activate human support, and increase fame. For the Boss’ actions, they are controlled entirely by the game itself. Using the results of the dice rolled into the volcano, the Boss will move, activate their minions, and attack nearby monsters.

Their goal: allow their minions to set up the pylons needed to construct the portal. To win, the players must defeat the Boss before they manage to activate the portal or defeat even a single Monster.

Otherwise Earth will be demolished!