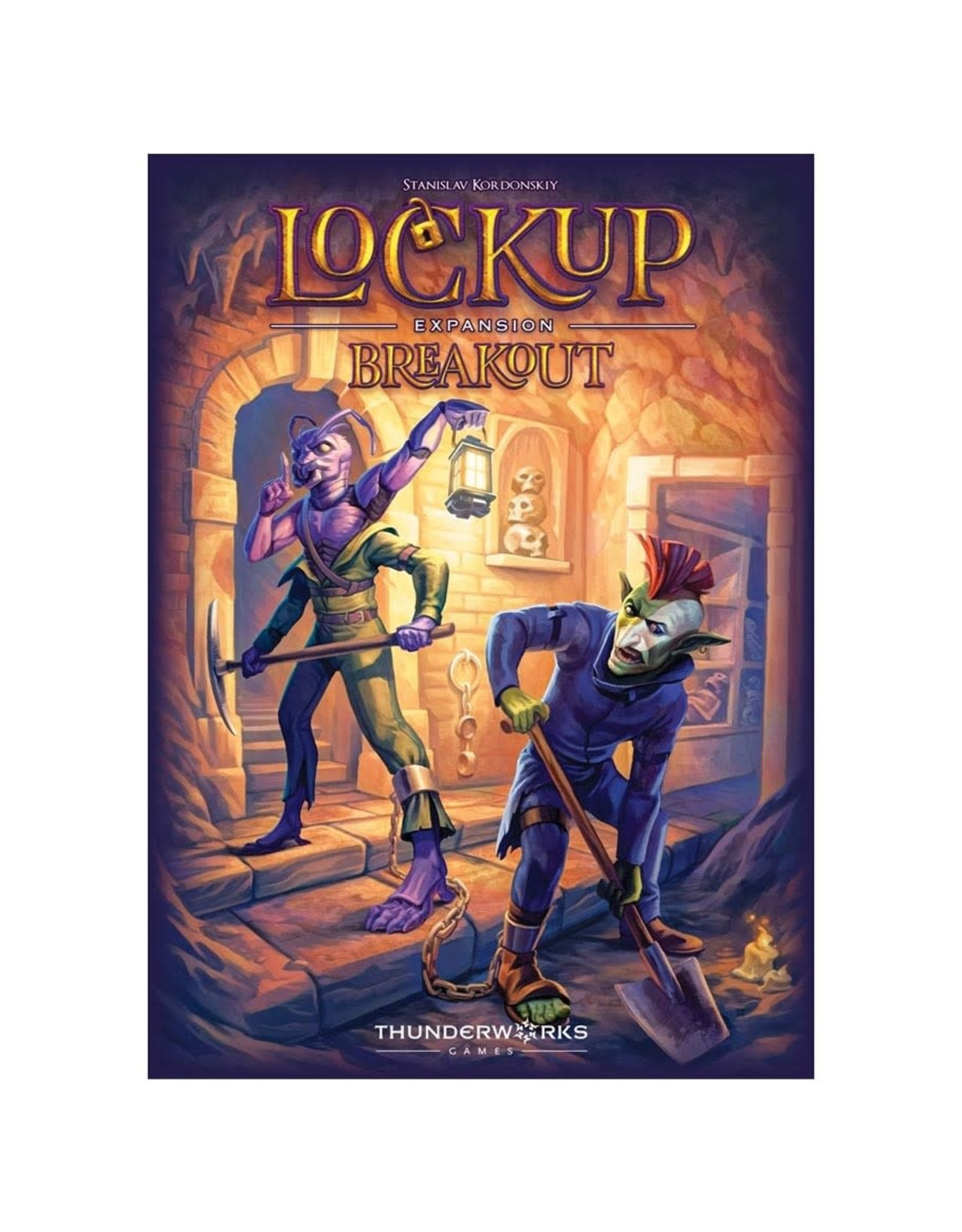 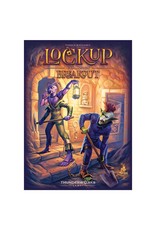 Every crew in Kulbak has heard rumor of secret passages running beneath the prison. Organize your crew to support your seeker, who explores the crumbling catacombs by lantern light. Use your strength to exert influence over the legendary characters who populate Kulbak. Gain their favor -- and their benefits -- as you probe the hidden history of Kulbak in search of gold and freedom. In the expansion Lockup: Breakout, players have new ways to earn reputation by sending their seekers to explore the subterranean passageways beneath the prison, and dedicating crew to influence the legendary inhabitants of Kulbak. Gain the most reputation over six rounds by crafting items, recruiting goons and advancing the catacombs all the while, avoiding the suspicion of the guards. The player with the most reputation stars wins the game.