The Lord of the Rings LCG: Angmar Awakened Campaign Expansion 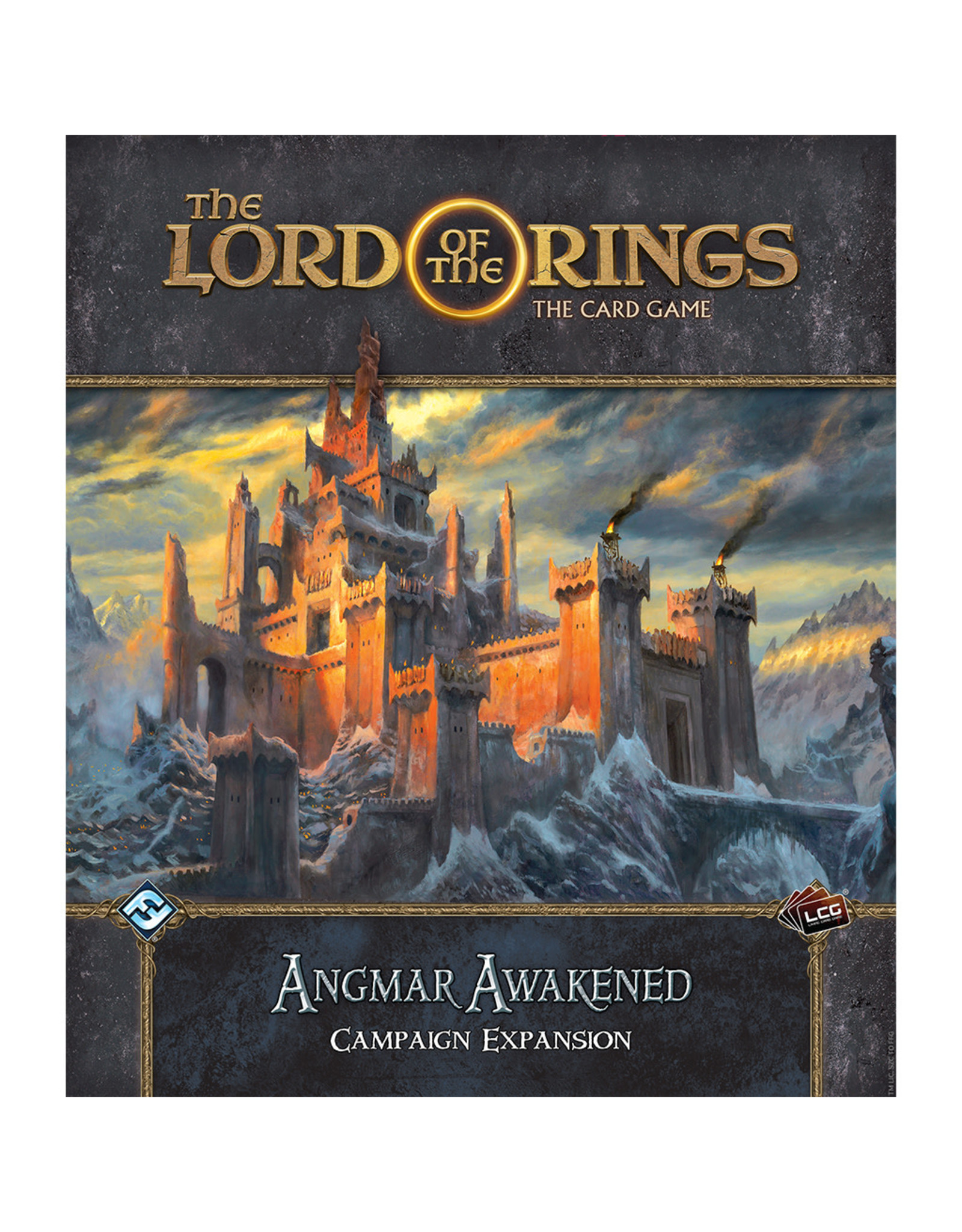 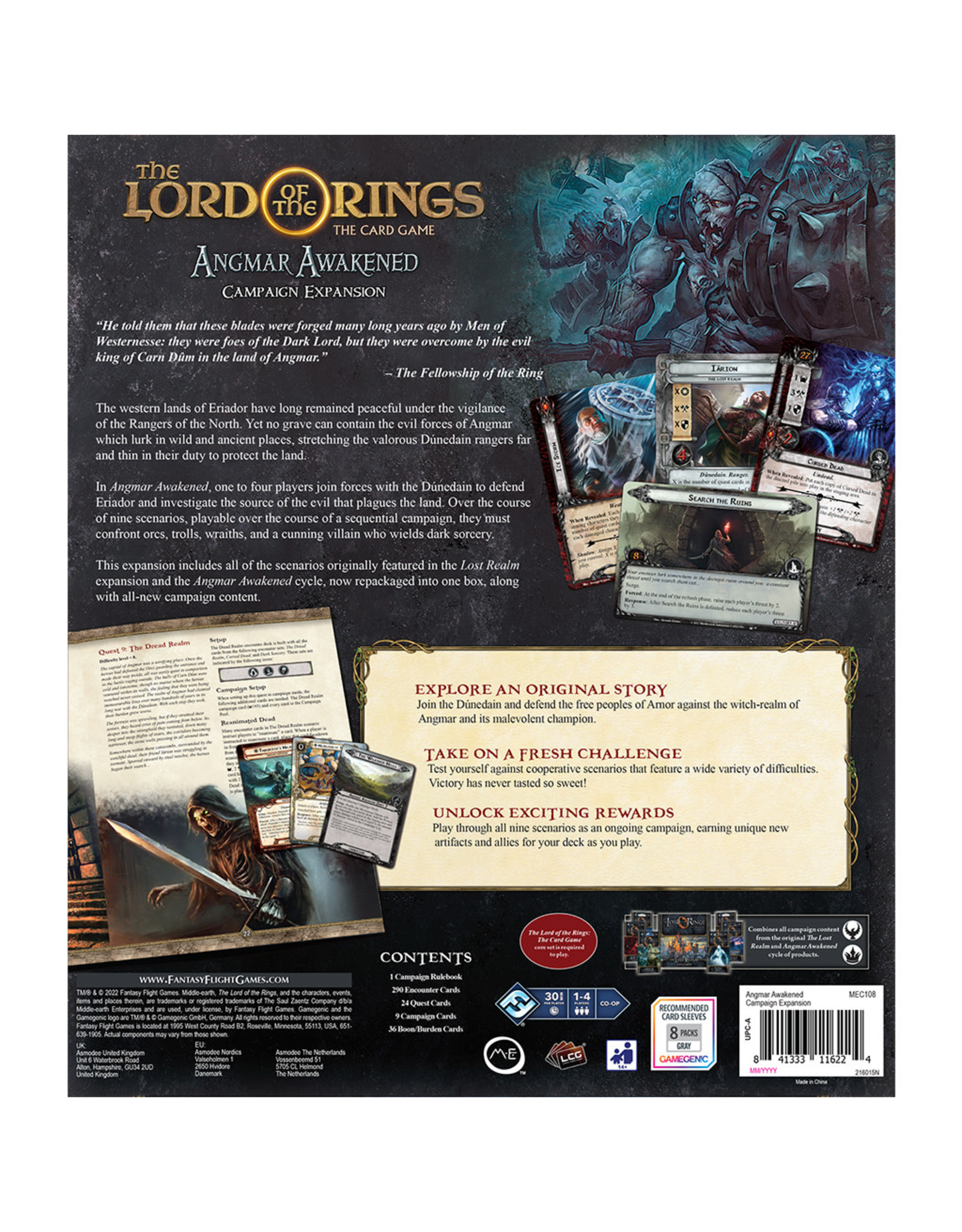 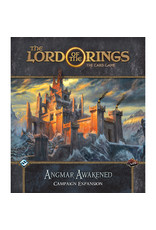 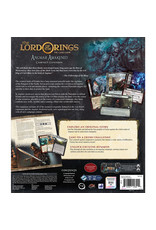 The western lands of Eriador have long remained peaceful under the vigilance of the Rangers of the North. Yet no grave can contain the evil forces of Angmar, which lurk in wild and ancient places, stretching the valorous Dúnedain rangers far and thin in their duty to protect the land.

In the Angmar Awakened Campaign Expansion, one to four players join forces with the Dúnedain to defend Eriador and investigate the source of the evil that plagues the land. Across nine scenarios, playable over the course of a sequential campaign, they must confront Orcs, trolls, wraiths, and a cunning villain who wields dark sorcery.

This expansion includes all of the scenarios featured in The Lost Realm and the original Angmar Awakened cycle, now repackaged into one box, along with all-new campaign content.