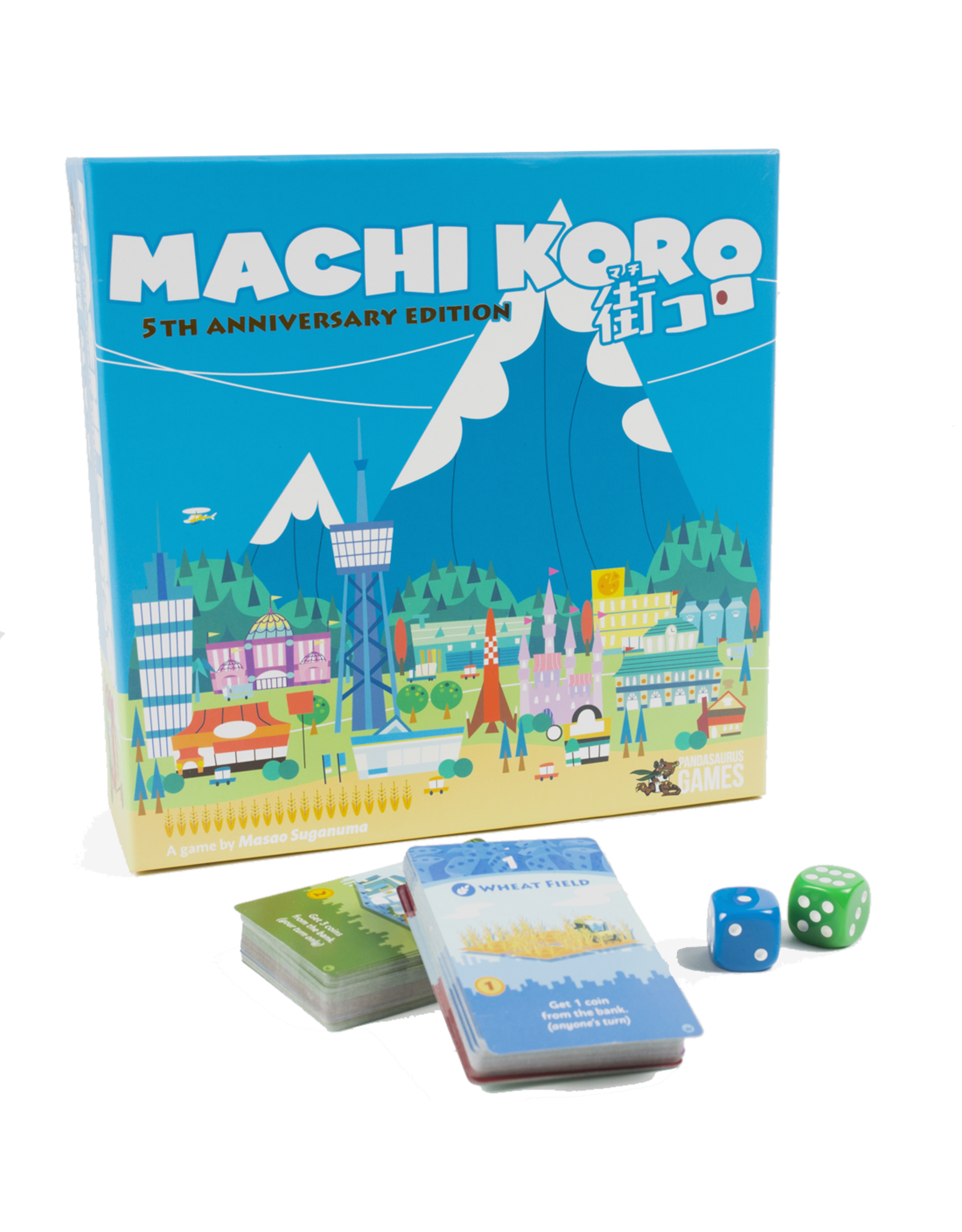 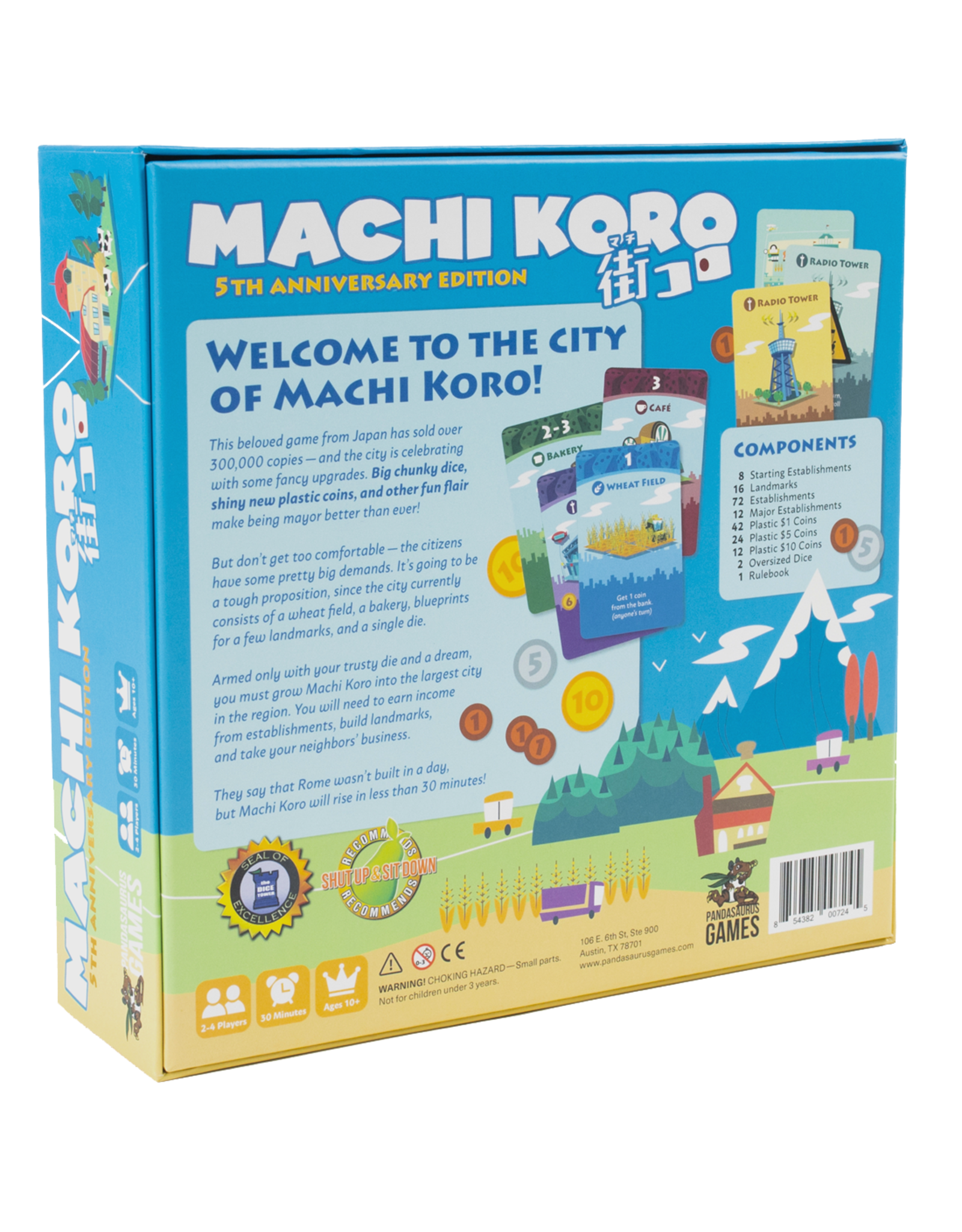 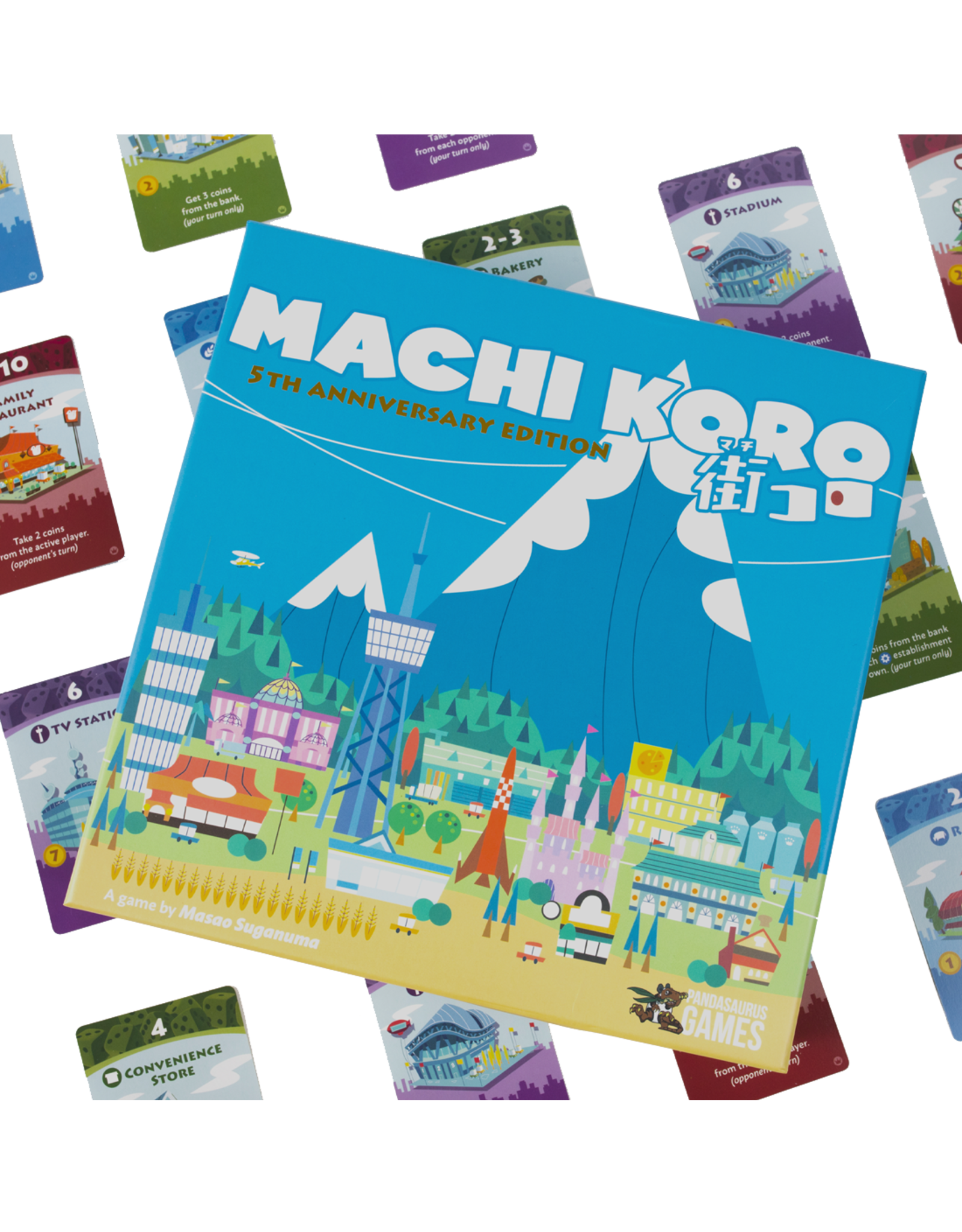 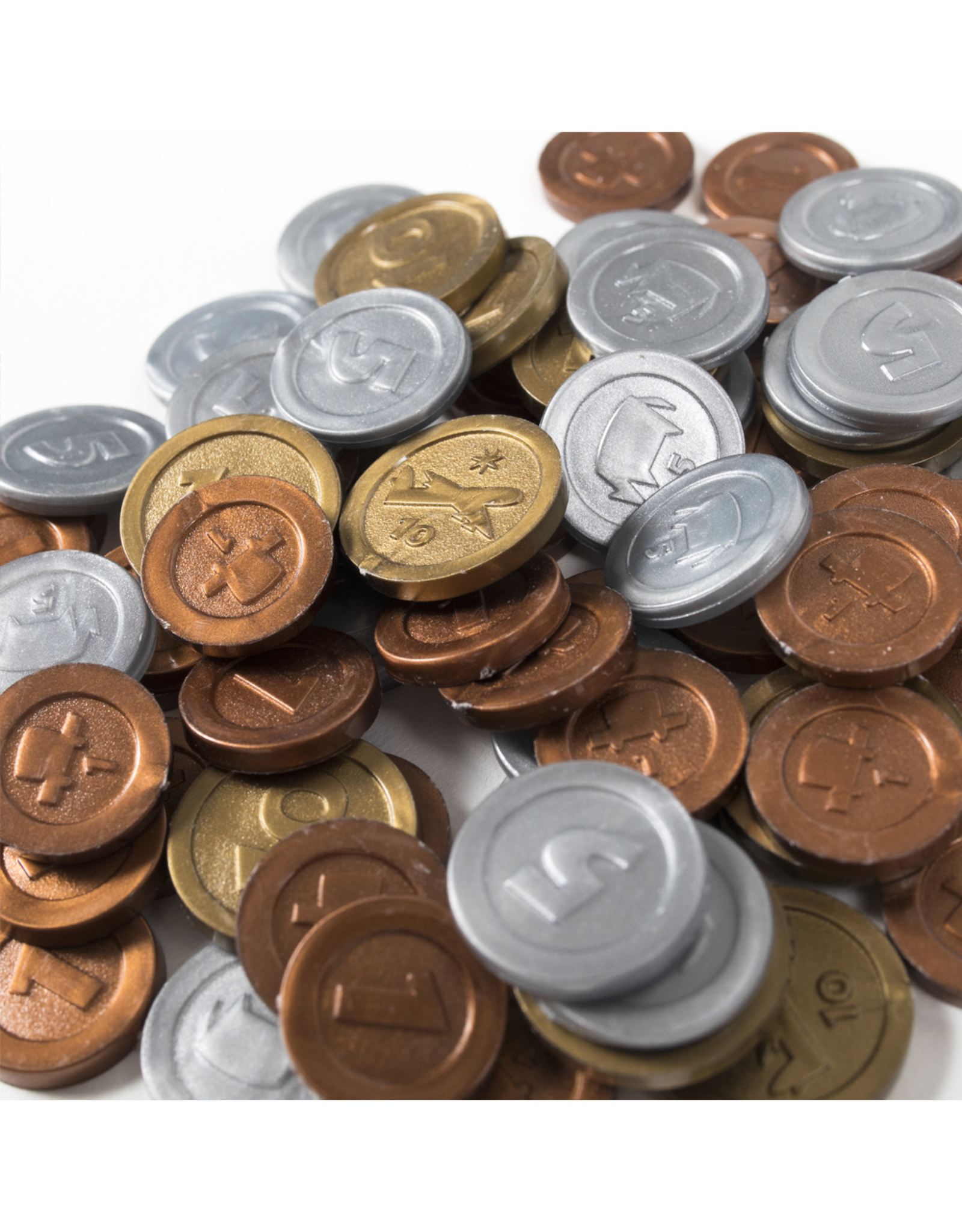 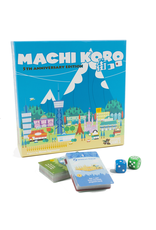 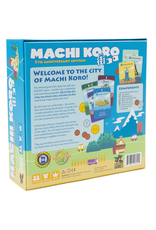 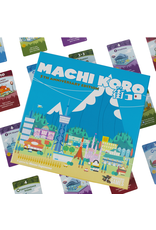 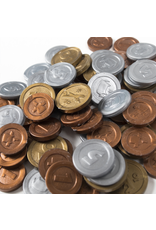 Machi Koro is the biggest smash-hit from Japan with more than 250,000 copies sold and multiple game of the year nominations and wins, it's a simple game that every family and gamer should have in their collection!

Machi Koro is a fast-paced game for 2-4 players. Each player wants to develop the city on his own terms in order to complete all of the landmarks under construction faster than his rivals. On their turn, each player rolls one or two dice. If the sum of the dice rolled matches the number of a building that a player owns, he gets the effect of that building; in some cases opponents will also benefit from your die (just as you can benefit from theirs). Then, with money in hand a player can build a landmark or a new building, ideally adding to the wealth of his city on future turns. The first player to construct all of his landmarks wins!