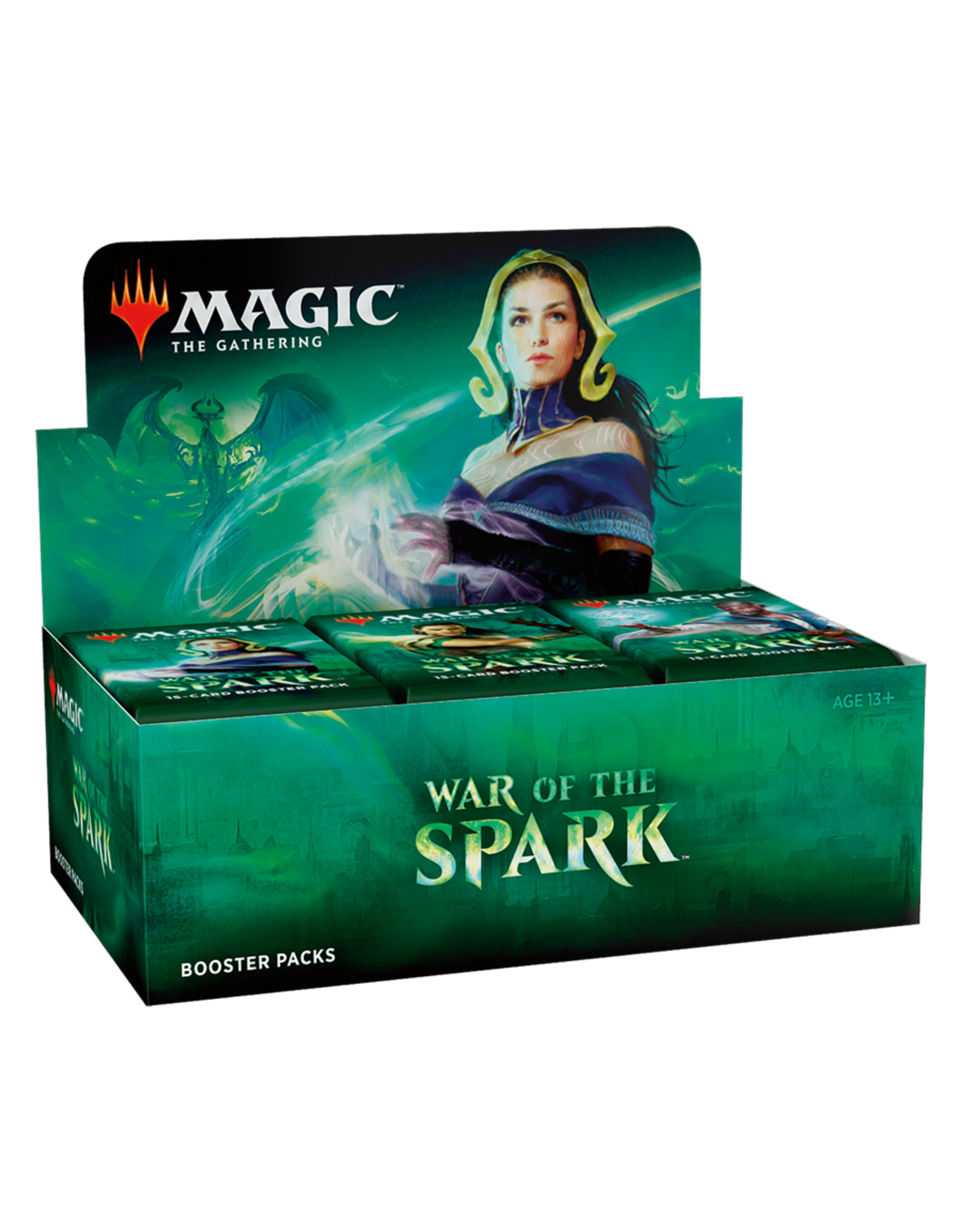 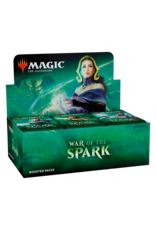 WE HAVE A FIGHT TO FINISH

Nicol Bolas controls Ravnica. His army of Eternals run free and the guilds have descended into chaos.

Now only the combined power of the Planeswalkers stands between Bolas and total dominance over the Multiverse. It's all-out war.

War of the Spark—the most ambitious Magic: The Gathering card set ever—features 36 Planeswalker cards and a cinematic story experience unlike anything Magic fans have seen before. Everything is at stake.

Will you join the fight?

36 packs per display
15 cards per pack