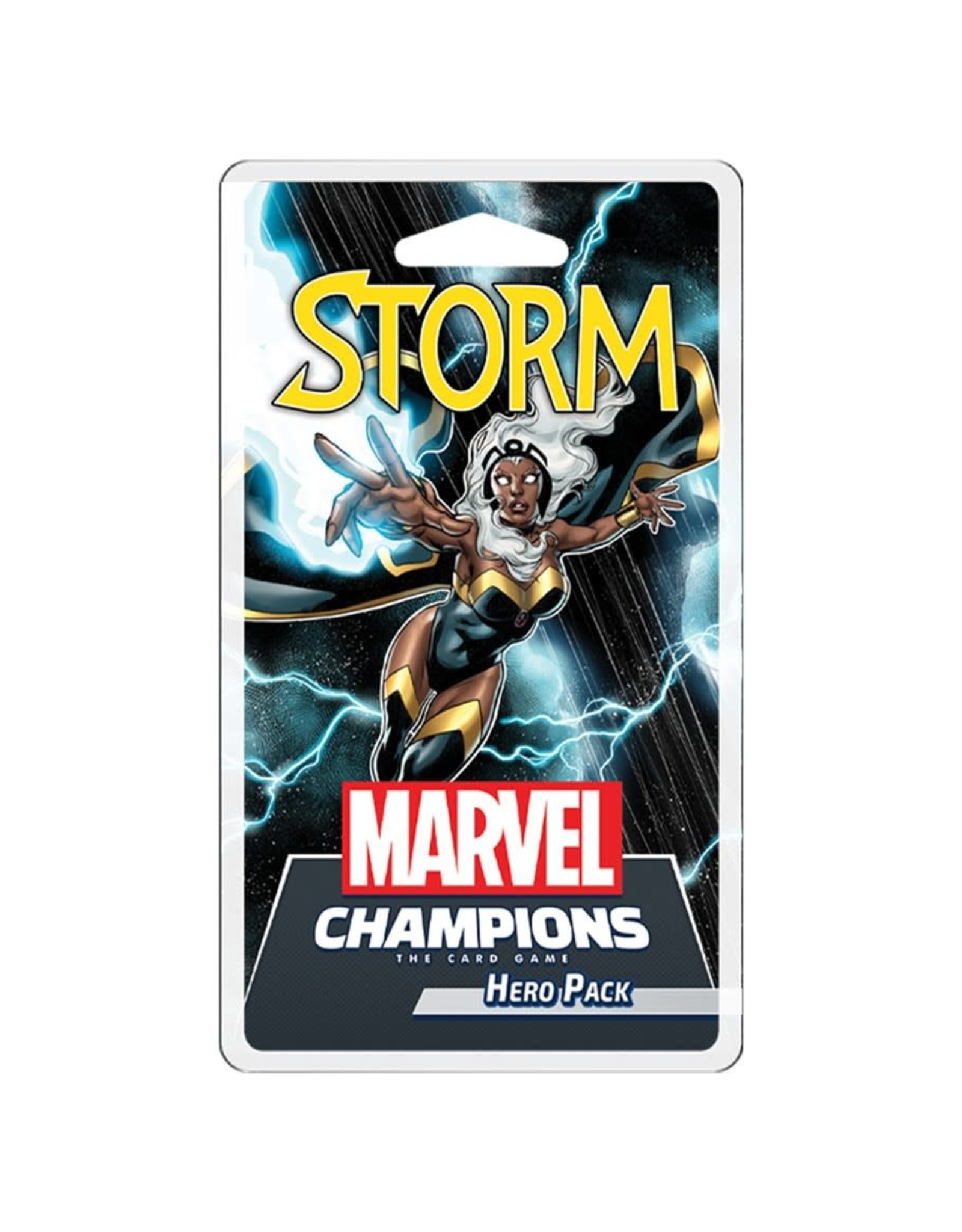 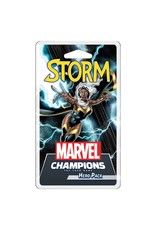 Once worshipped as a goddess for her ability to control the weather, Ororo Munroe left that life behind when she answered Charles Xavier’s call for help. Now, Ororo uses her powers to defend mutants around the world as one of the mighty X-Men, Storm, and she’s soaring her way into players’ games of Marvel Champions: The Card Game! Storm can literally shape the climate of the battle with special weather cards that affect both friends and foes alike. With this Hero Pack, players will find Storm, her fifteen signature cards, her special weather deck, and a full assortment of Leadership cards inviting them to bolster their allies to victory. This pack also includes a bonus modular encounter set featuring the devious Shadow King!

For players eager to challenge Magneto and his Brotherhood of Mutants, they can get started with the Storm Hero Pack! This expansion comes with a 40-card pre-built deck, giving players the chance to start playing right out of the box.

Not a standalone expansion. A copy of the Marvel Champions: The Card Game core set is required to play.