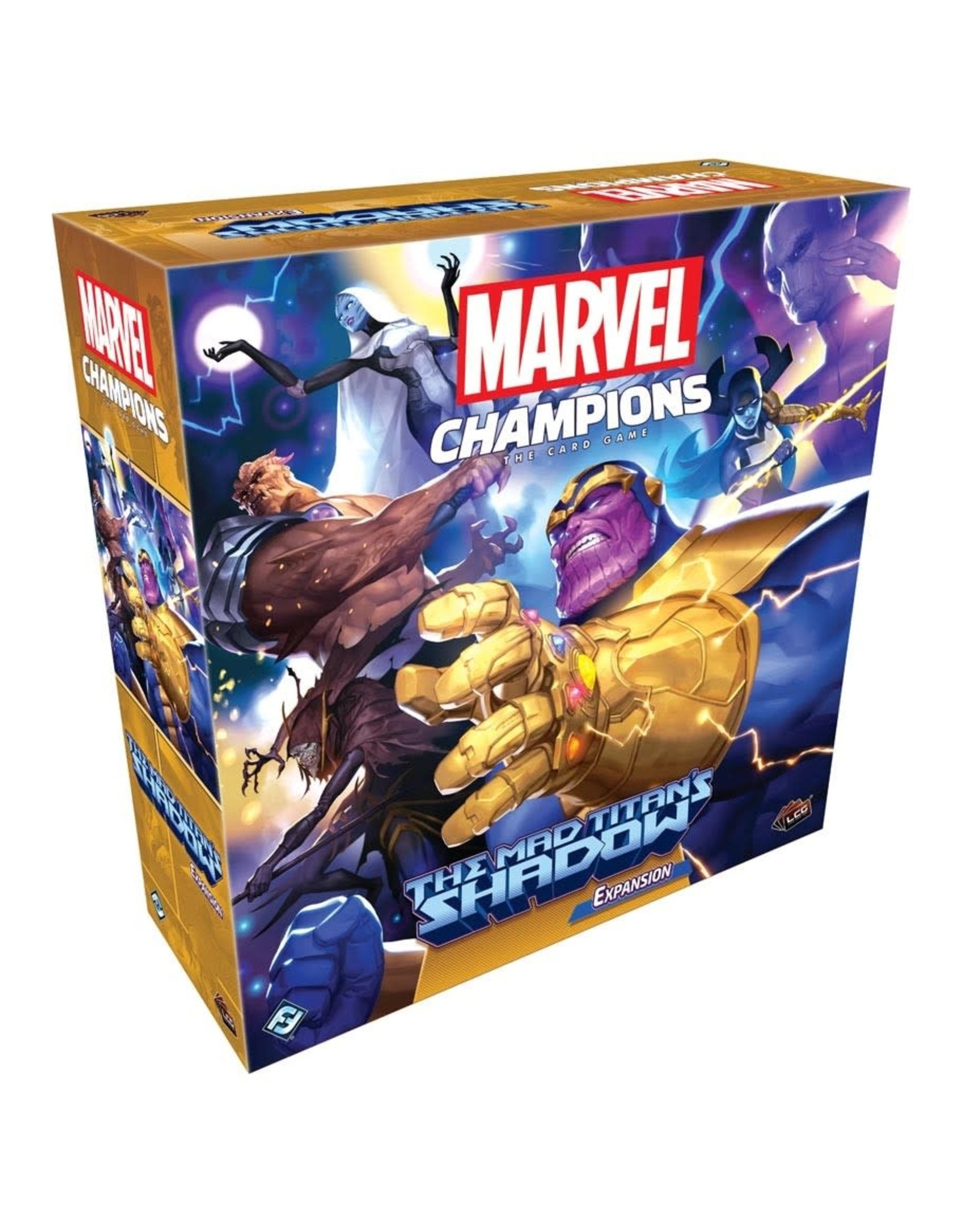 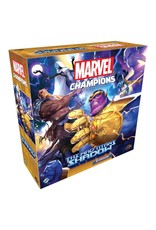 All of a player’s previous adventures have only led up to this moment—a battle for control of the all-powerful Infinity Gauntlet, taking on Thanos himself and his fearsome followers, the Black Order. Thanos’s shadow looms large across the galaxy, and it will take the utmost effort of Earth’s mightiest heroes to stop him from claiming dominion over our world.

The Mad Titan’s Shadow campaign expansion boasts a massive infusion of new content for players’ games of Marvel Champions. Spectrum and Adam Warlock join the players’ roster of heroes with fully pre-built and ready-to-play player decks stuffed with new cards. Whether players are using these new heroes or relying on old favorites, players can test their mettle in five new scenarios: Ebony Maw, Proxima Midnight and Corvus Glaive, Thanos, Hela, and Loki. Each of these five scenarios offers a unique challenge, and while players can simply choose a villain to battle, this campaign expansion lives up to its name with a brand-new cinematic campaign for Marvel Champions: The Card Game.