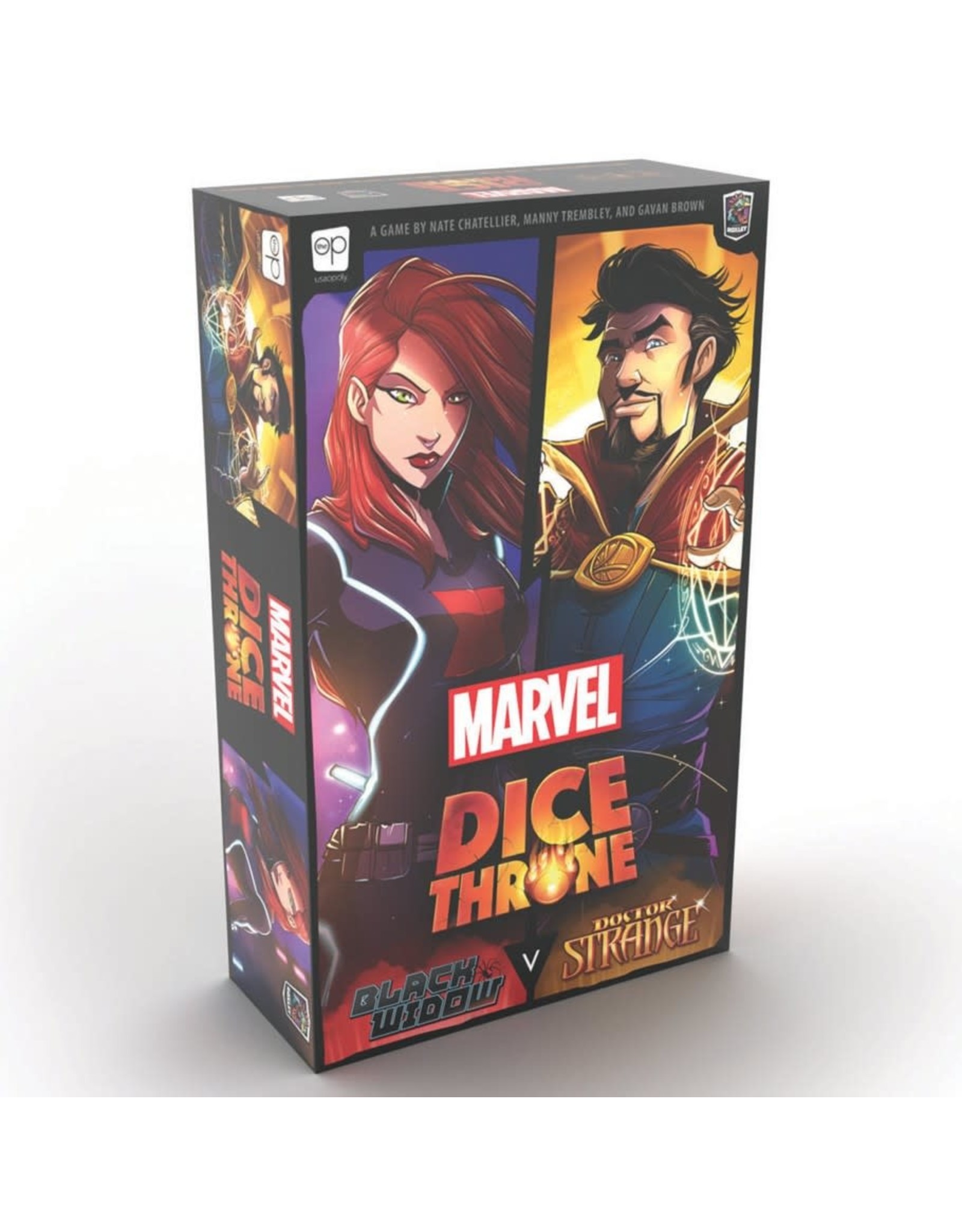 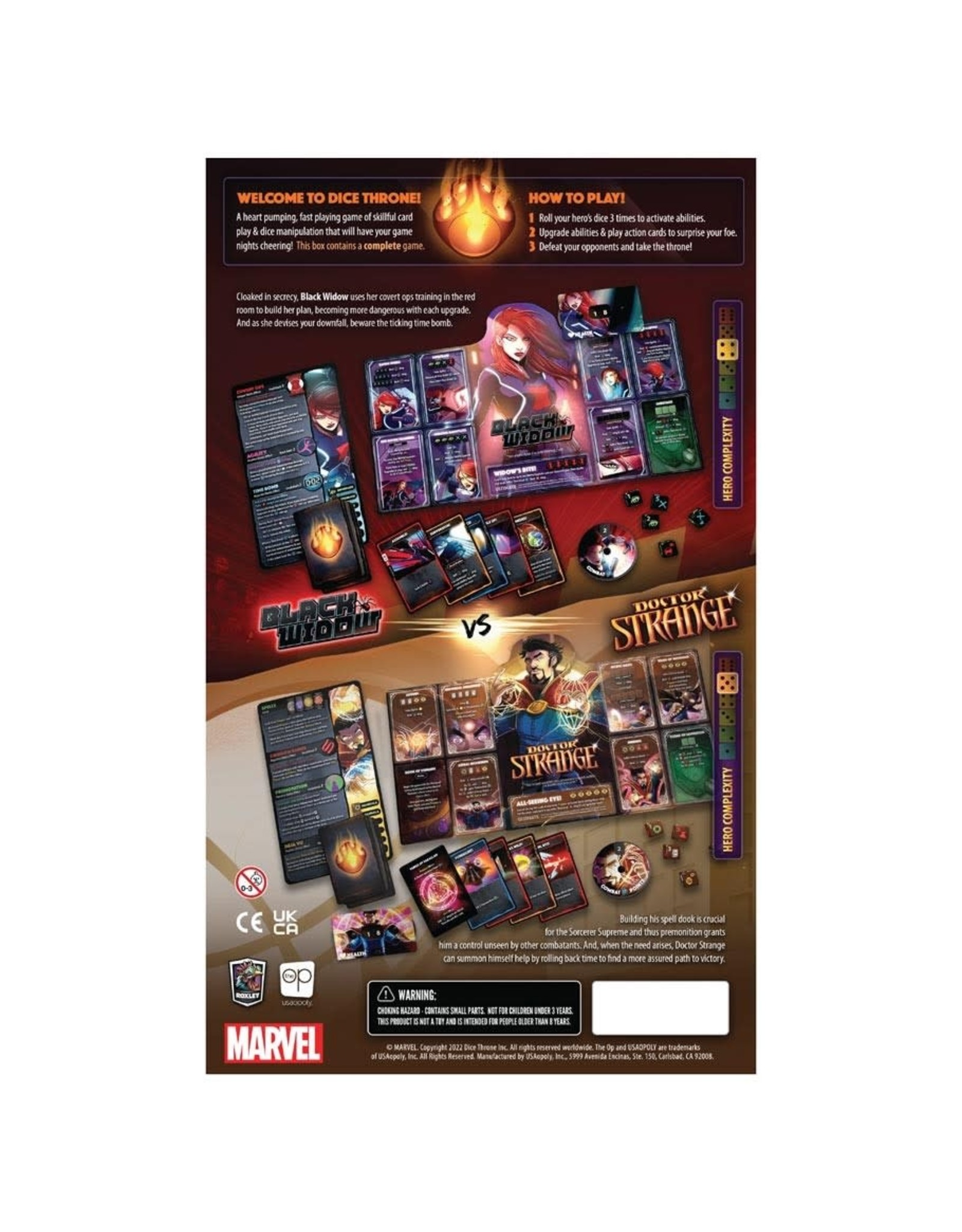 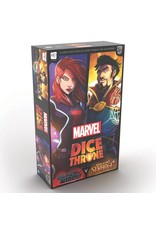 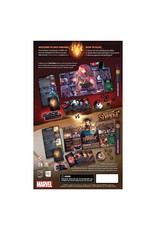 Marvel Dice Throne is a fast-playing, dice-rolling combat game that lets players battle as their favorite Marvel heroes in one-on-one duels, team battles, and free-for-alls! Based on the smash success Dice Throne, this Marvel Dice Throne 2 Hero Box puts players in the roles of Black Widow and Doctor Strange, each with their own set of dice, player board, and unique deck of cards. Attack your opponents and activate abilities with dice rolls, accumulate combat points, and spend them on action cards that allow for ability upgrades like Doctor Strange’s Premonition and Black Widow’s Time Bomb. Both heroes are compatible with the entire Dice Throne ecosystem.