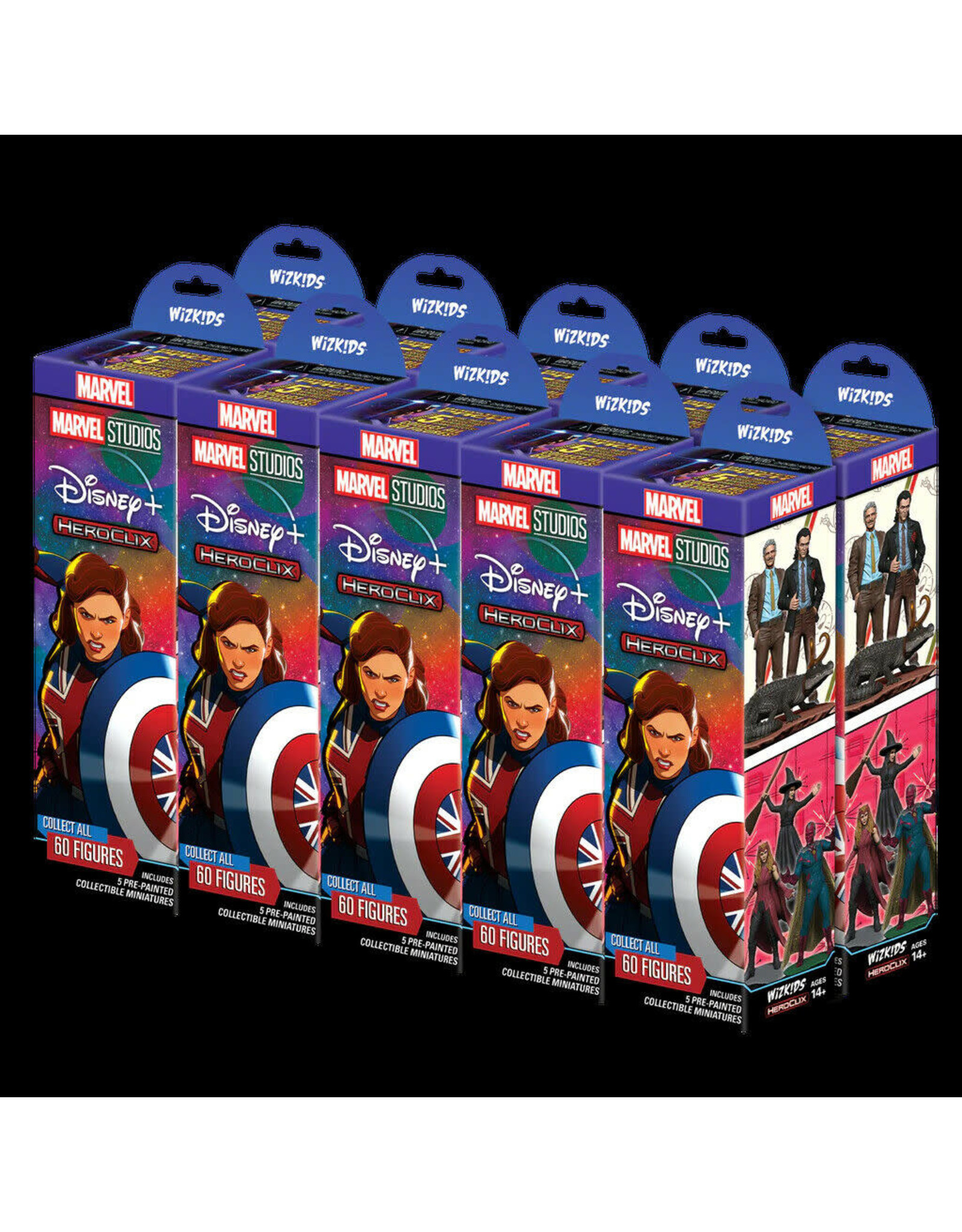 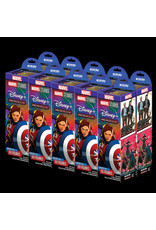 Marvel Studios Disney Plus original series WandaVision, The Falcon and the Winter Soldier, Loki, and What If…?  assemble in this unfathomable five-figure HeroClix booster release! For the first time ever, the MCU is represented in HeroClix in a full five-figure booster release.

There is plenty to look for including series regulars like The Scarlet Witch, Vision, Captain America, Winter Soldier, Loki, Captain Carter as well as some of their greatest foes like Agatha Harkness, Ultron Infinity, and more! Players will find returning game mechanics like equipment-objects of some iconic items in the show like Captain America’s Shield, The Darkhold, and the Cloak of Levitation. Mission Points also return and can enhance Mission Point teams released in the last few sets!

Each Booster contains 5 figures and select boosters will contain an object.

As an extra special bonus, lucky players may find special boosters with multiple Chase figures inside!