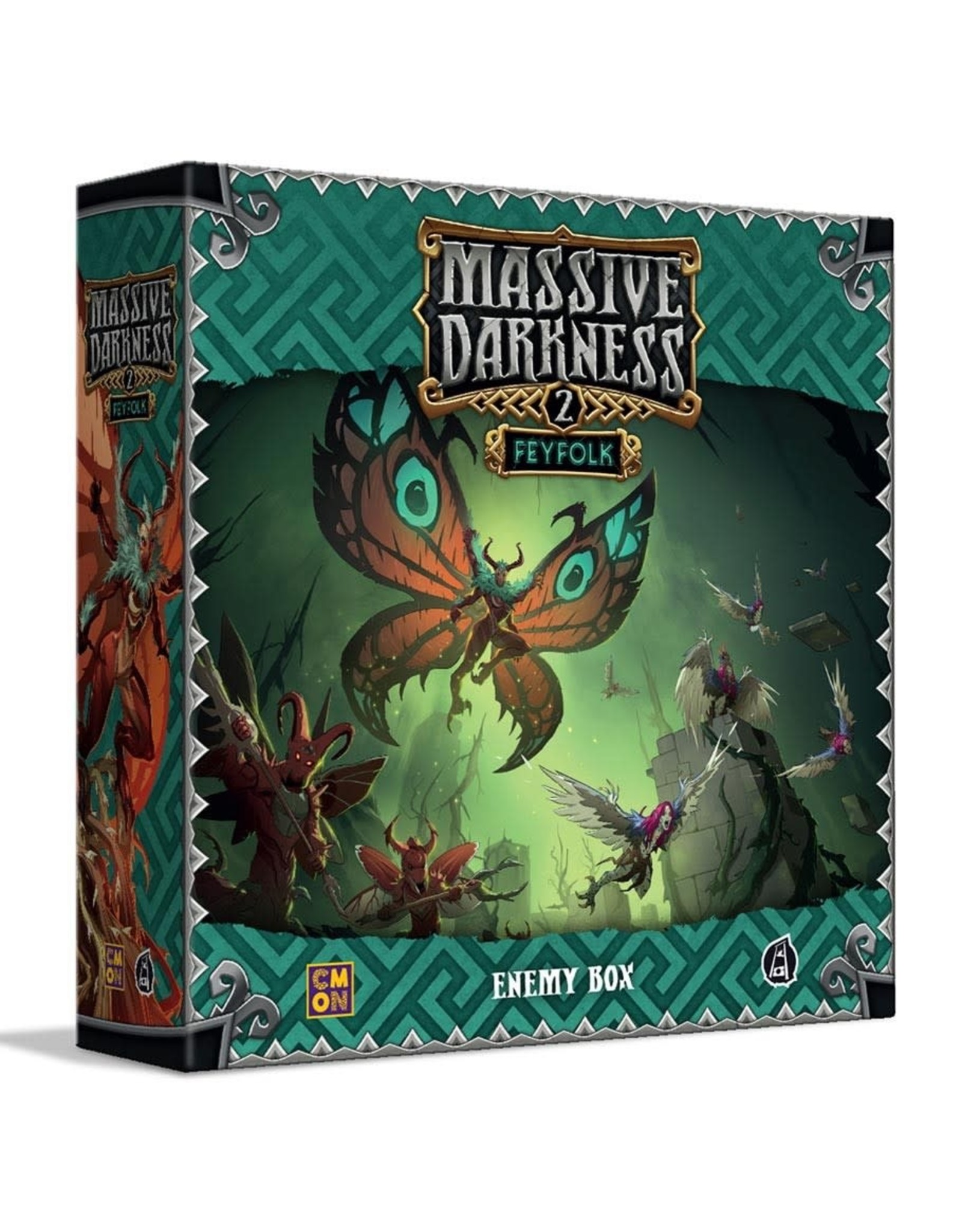 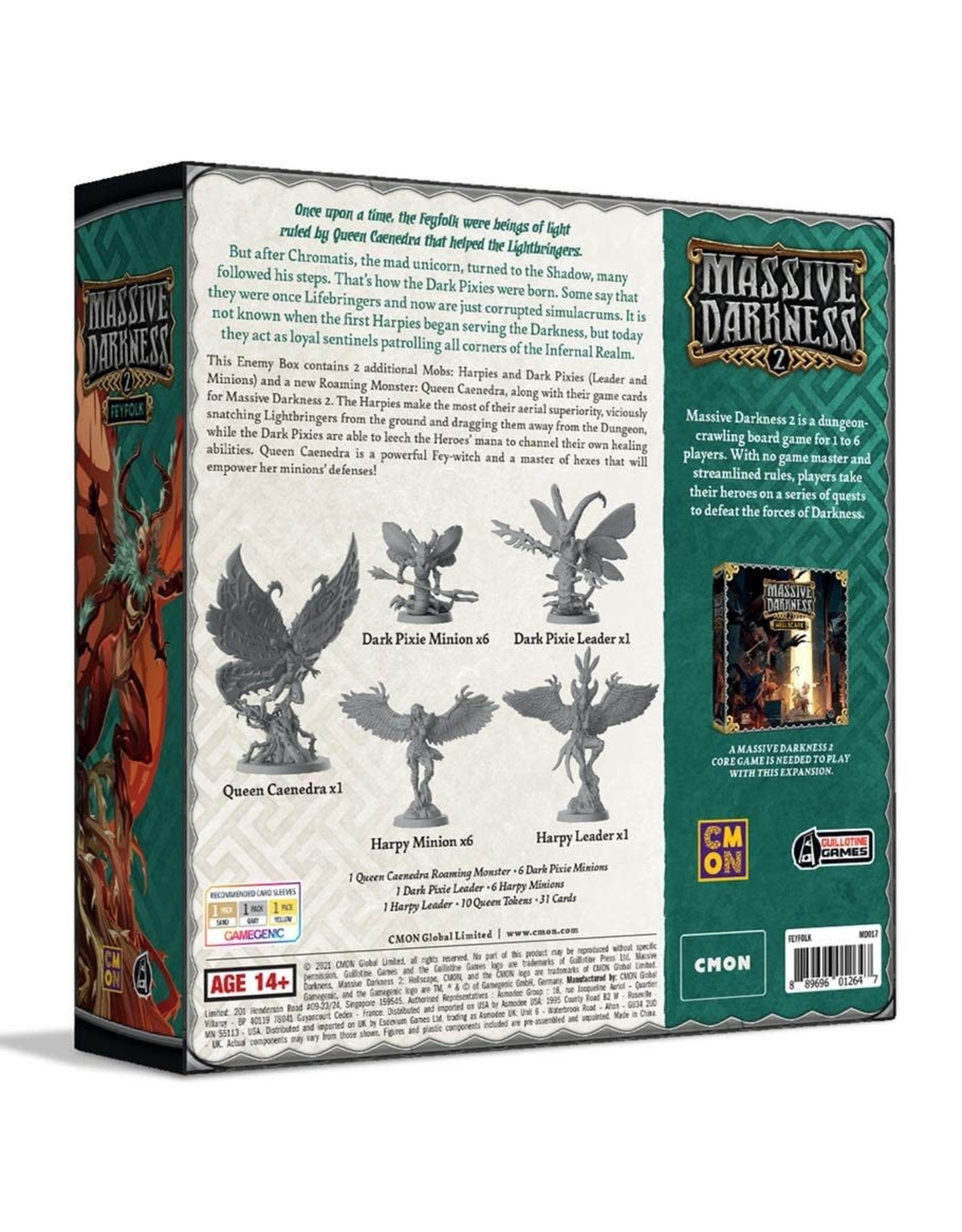 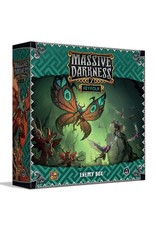 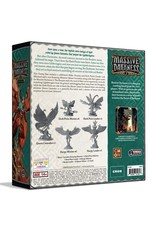 The fairest forms can contain the darkest souls! Feyfolk were beings of the Light, friends to the Lightbringers, but after the mad unicorn Chromatis turned to the Shadow, many followed his steps. It is not known when the first Harpies began serving the Darkness, but today they act as loyal sentinels patrolling all corners of the Infernal Realm.

This Enemy Box comes with 2 new types of Mobs (Dark Pixies and Harpies) and a new Roaming Monster (Queen Caenedra) along with their game cards for Massive Darkness 2. The box also contains 12 new Mob Item cards that can be used by any type of Mob, making them even more unpredictable.