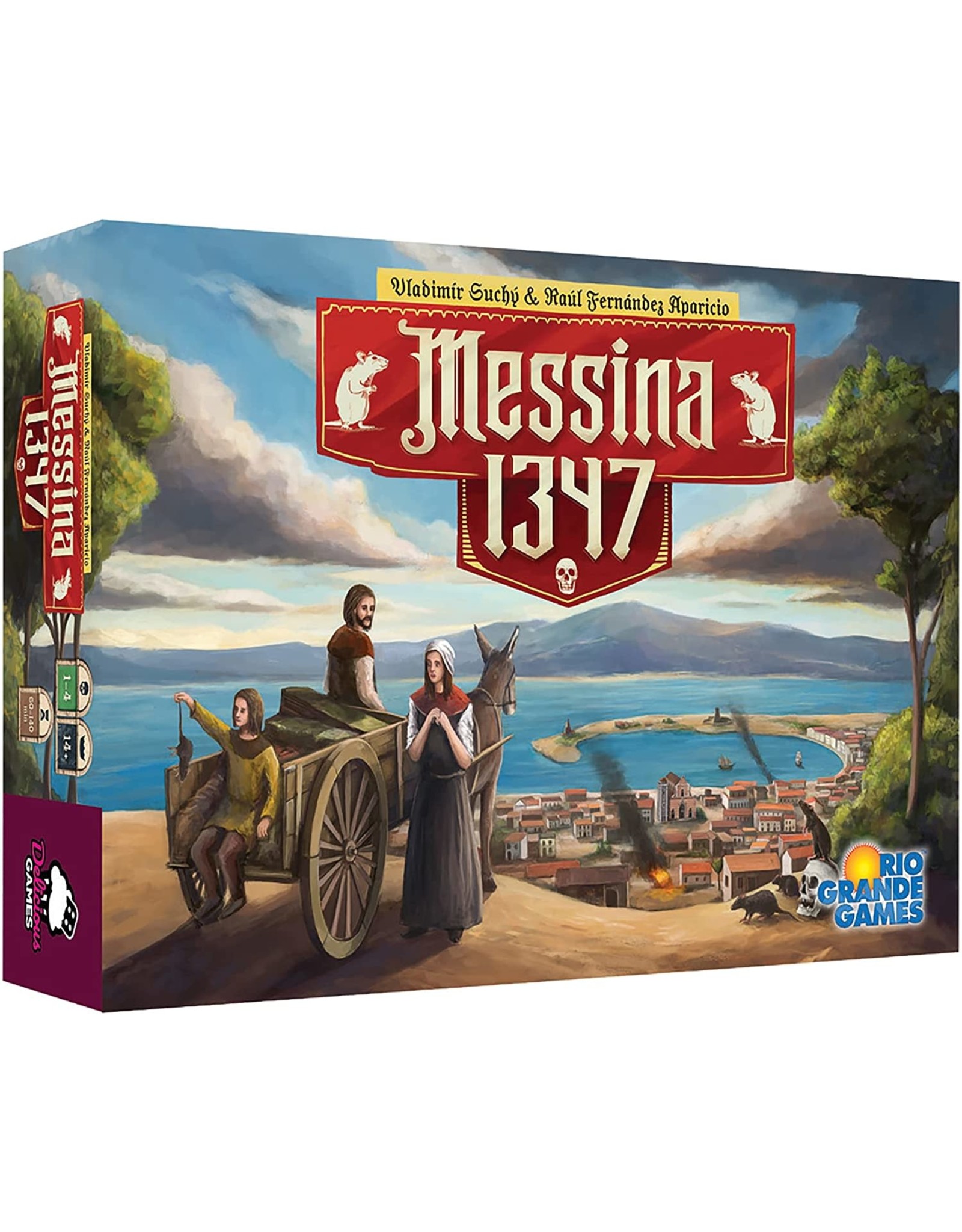 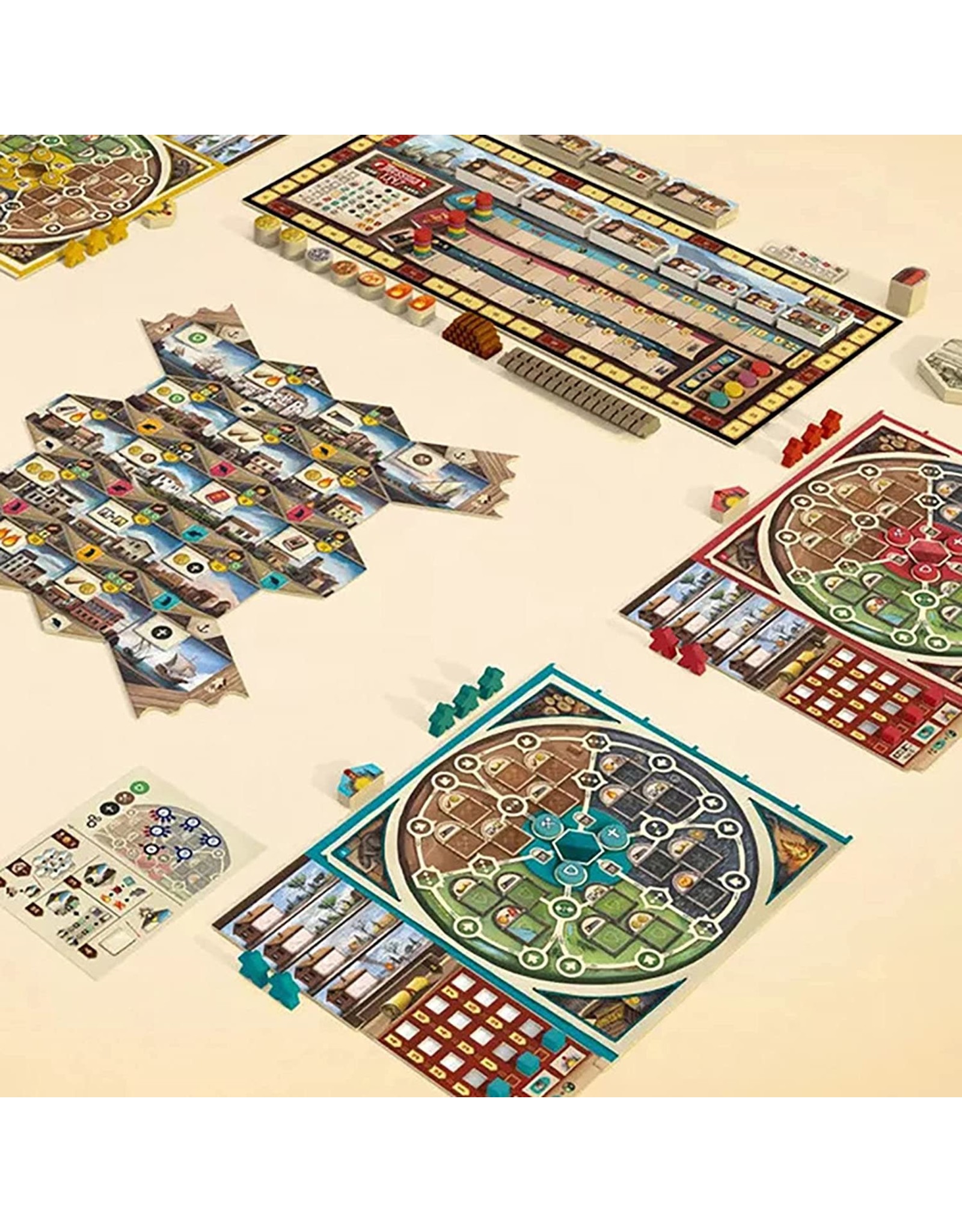 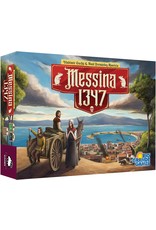 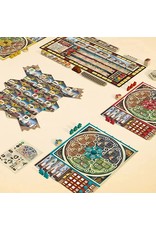 In 1347, merchant galleys from the Crimean Peninsula arrived in Sicily and docked at the ancient port of Messina. The galleys had rats. The rats had fleas. And the fleas carried a plague that would come to be known as the Black Death. Over the next four years, in cities across Europe, half the population would die.

In Messina 1374, the latest game from the designer of Underwater Cities and Praga Caput Rengi, players take the role of noble families with landholdings in the countryside around Messina. They attempt to rescue people from the plague by relocating them to their estates. As the plague in Messina worsens, the players will build small independent communities while attempting to control the plague with fire. In the final rounds of the game, the plague begins to abate, and players return the rescued citizens to repopulate the resilient city of Messina.